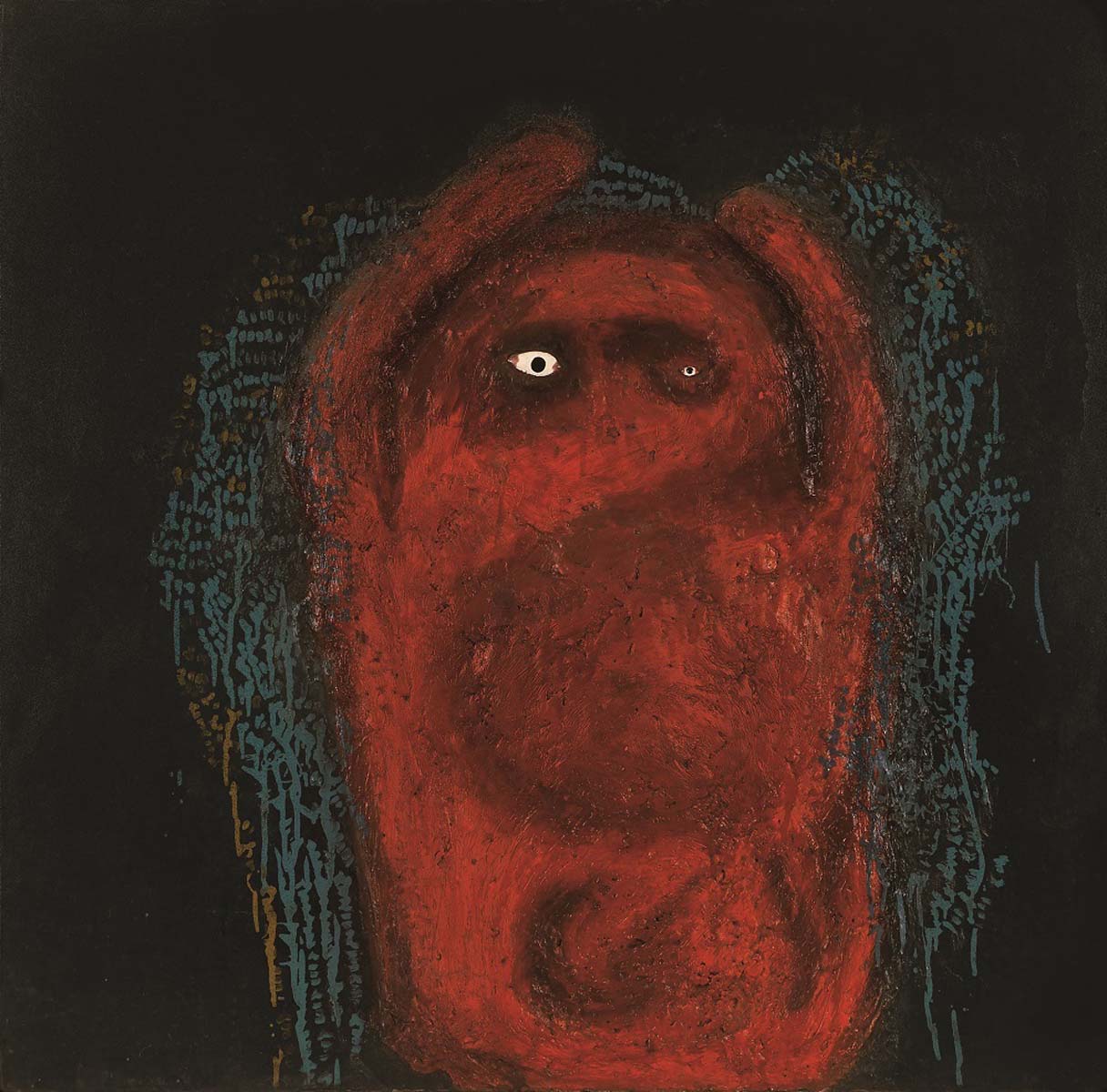 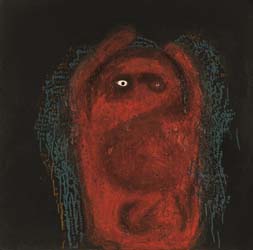 Lot About To Close

PROVENANCE
Esteemed overseas based collection
CATALOGUE NOTES
Overseas lot. "This work from the 1970s depicts a vermilion-smeared deity from a wayside shrine. Like many such deities, it is formless the proper term is 'aniconic' and looks out at the world through a pair of enamel eyes." (Ranjit Hoskote). Born in 1934 in Mumbai, Bhupen played a prominent role in modern Indian art and was a key international figure in 20th-century painting. Khakhar's narrative paintings and works were deeply rooted in influences ranging from devotional aesthetics and street culture to European painting and pop art.
EXHIBITED