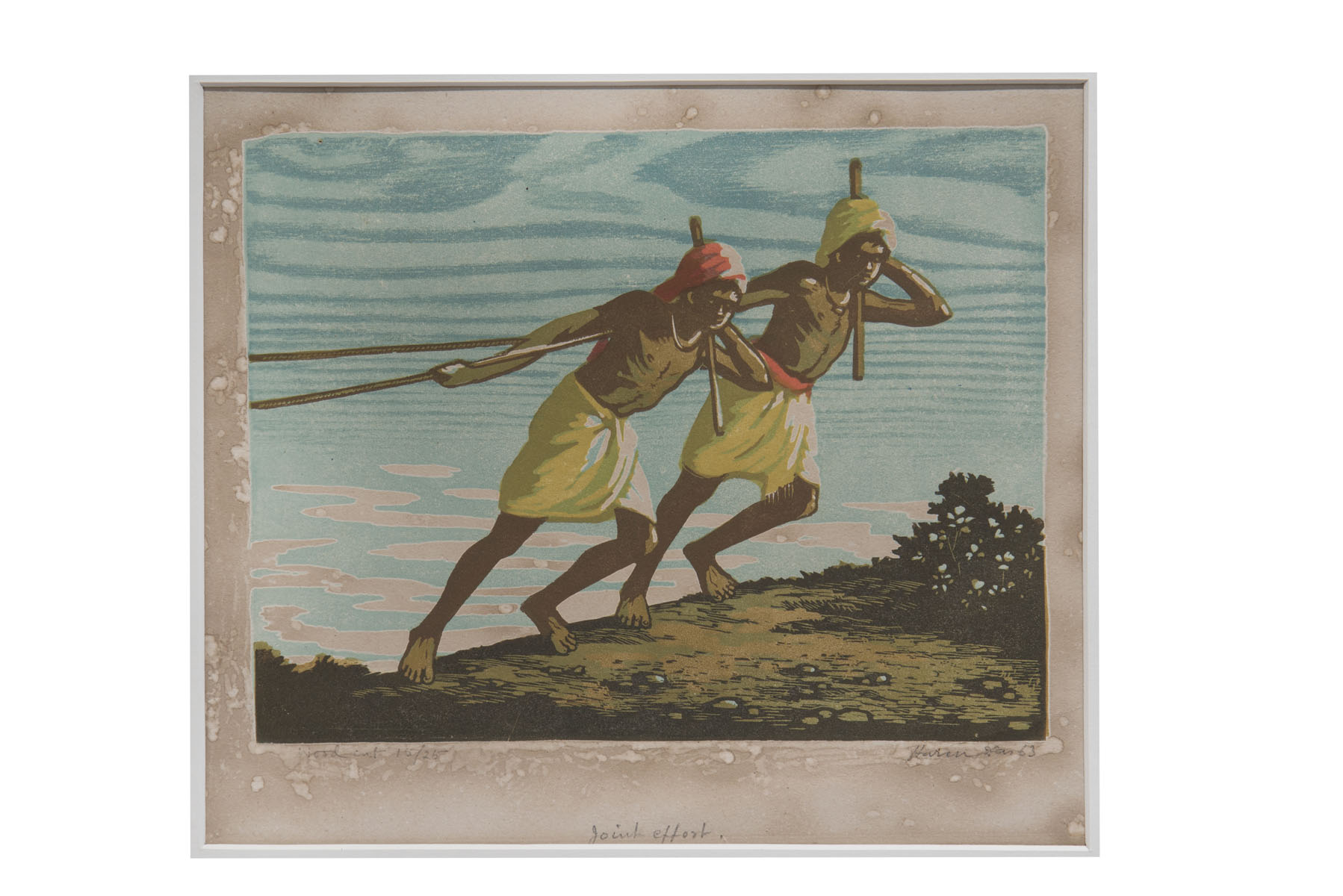 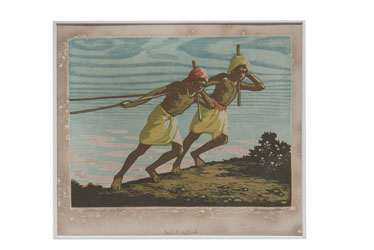 PROVENANCE
Private Collection
CATALOGUE NOTES
"Woodcut 15/25" written lower left.
Born in 1921 in Bengal, Haren Das was known for his wood engravings and woodcuts. He used the same techniques of wood engraving that developed in the bazaars of Calcutta. He was academically trained by Ramendranath Chakravorty who was influenced by Japanese Ukiyo-e prints. Haren Das focused on traditional western perfection and the rural image and often had Indian farms and villages as subject matter. He became a teacher at the Government School of Art in Calcutta in 1947.