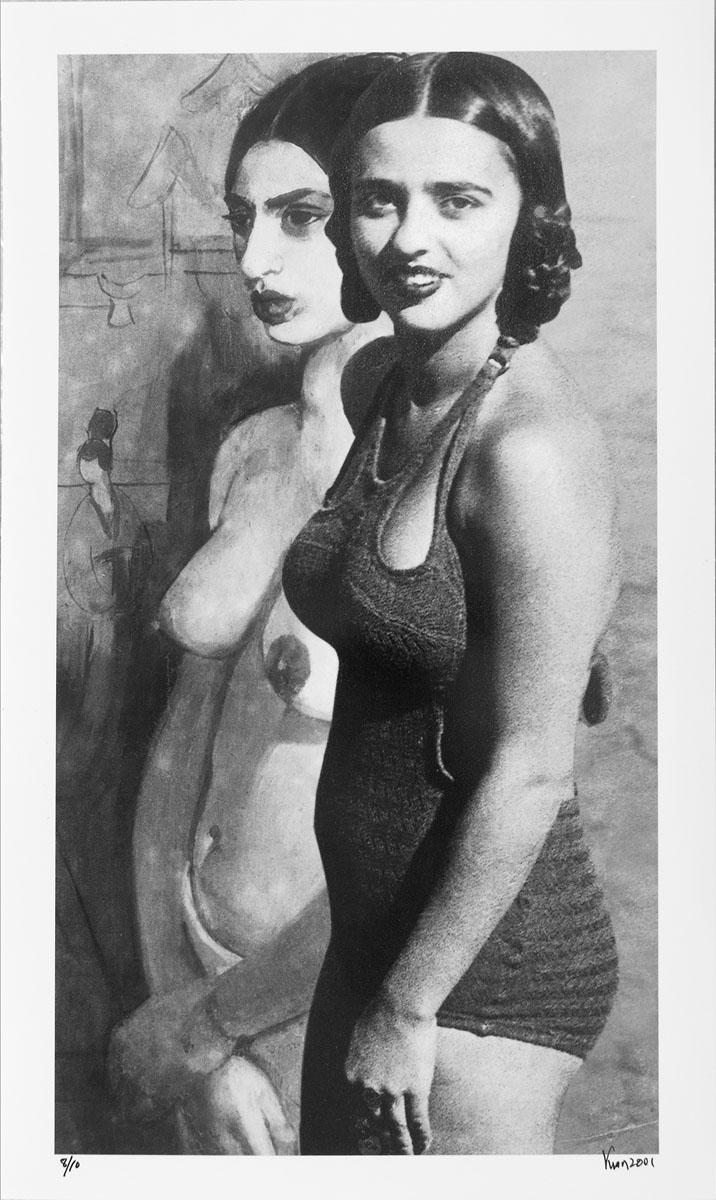 PROVENANCE
Christie’s Mumbai 2013
DESCRIPTION
ed 8/10
CATALOGUE NOTES
Vivan Sundaram is the grandson of Umrao Singh Sher-Gil and nephew of Amrita Sher-Gill. His montages reinterpret photographs taken by his grandfather by showing the relationship between Amrita Sher-Gil and the people around her and is an exploration of Amrita’s life in India. He uses digital technology to layer both an image of Amrita and her own painting in black and white. Amrita Sher-Gil works saw a balance between a western academic style and Indian aesthetics and subject matter. The photomontage by Sundaram shows a young Amrita on a self portrait made by her.