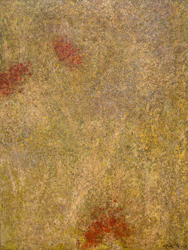 PROVENANCE
Private Collection
CATALOGUE NOTES
Born in 1910 in Indore, N. S. Bendre trained at the State Art School in Indore in 1929. Bendre’s early works can be described as impressionist and academic in style. Bendre is well known for founding the Baroda Group of artists in 1856 as well as founding the Lalit Kala Akademi in Delhi.
He was known for his bold and persistent experimentation and in capturing new horizons in integrated arts and craft early on from the 1950s (Bendre, the Man and Artist, G.V.Chandwadkar, Bombay Chronical Weekly, March 5,1950)
An early pointillist landscape.