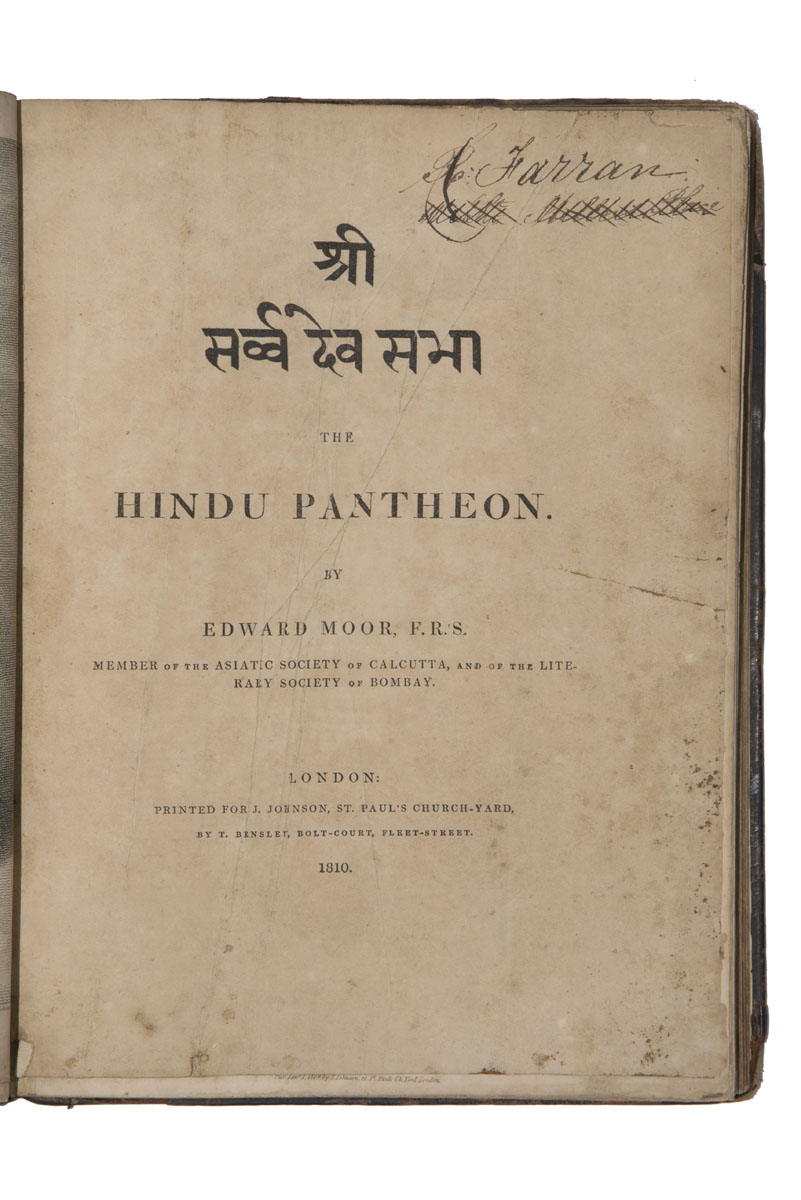 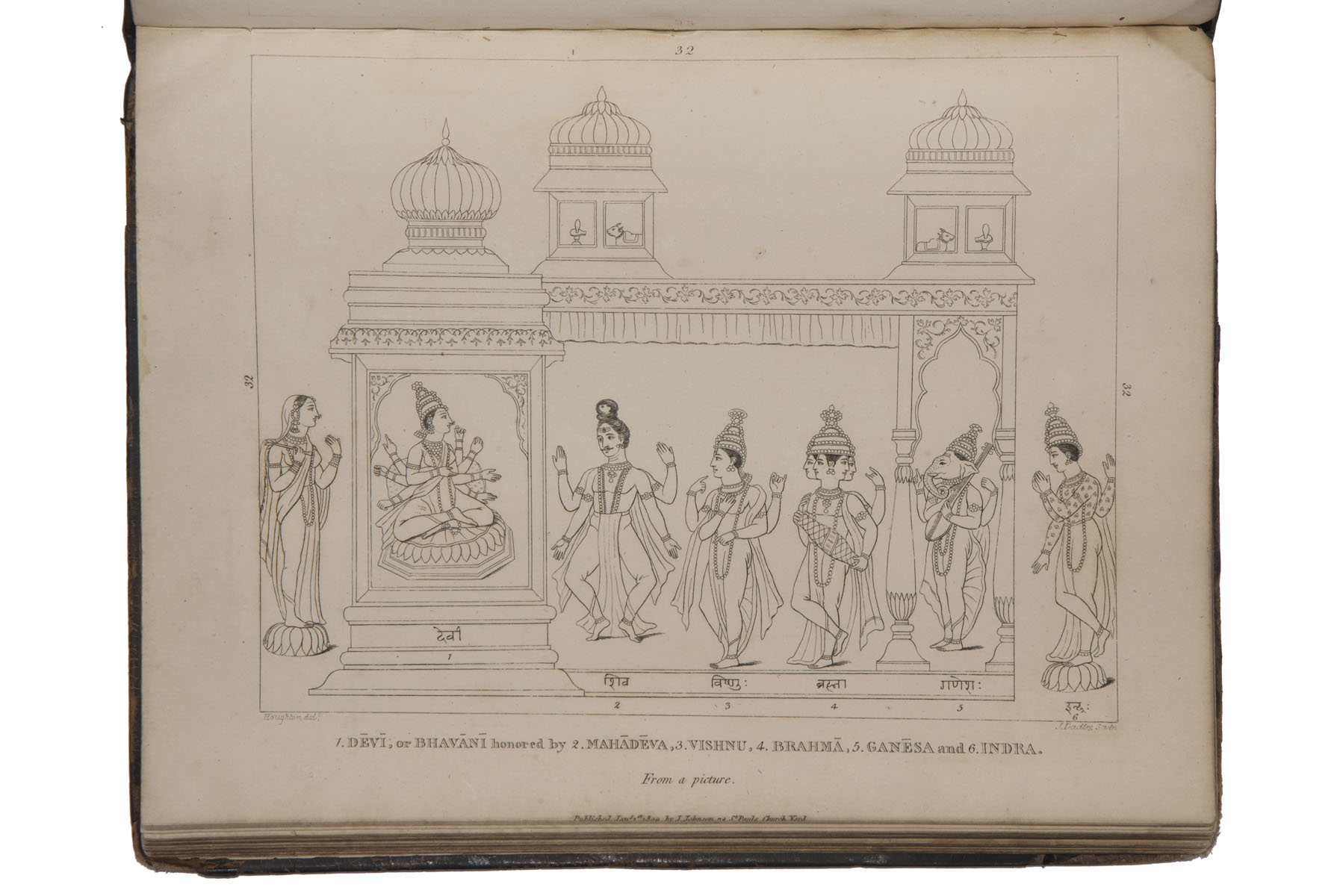 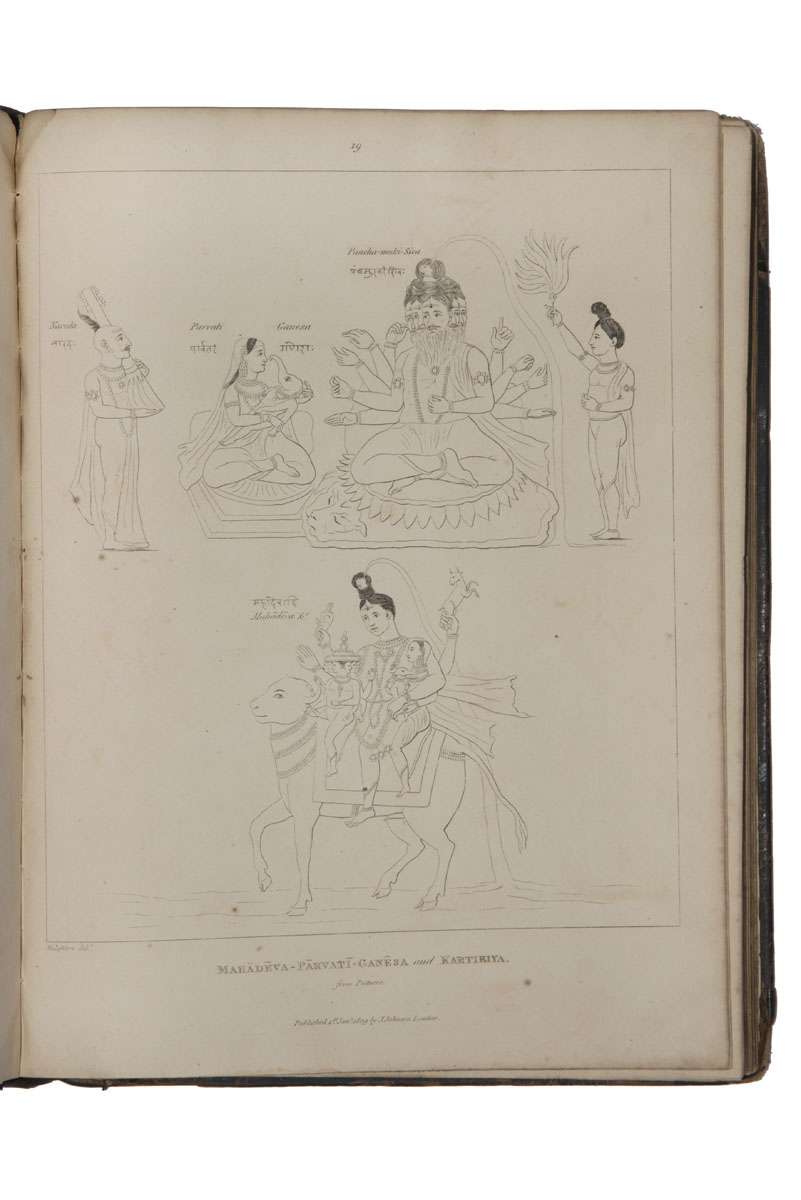 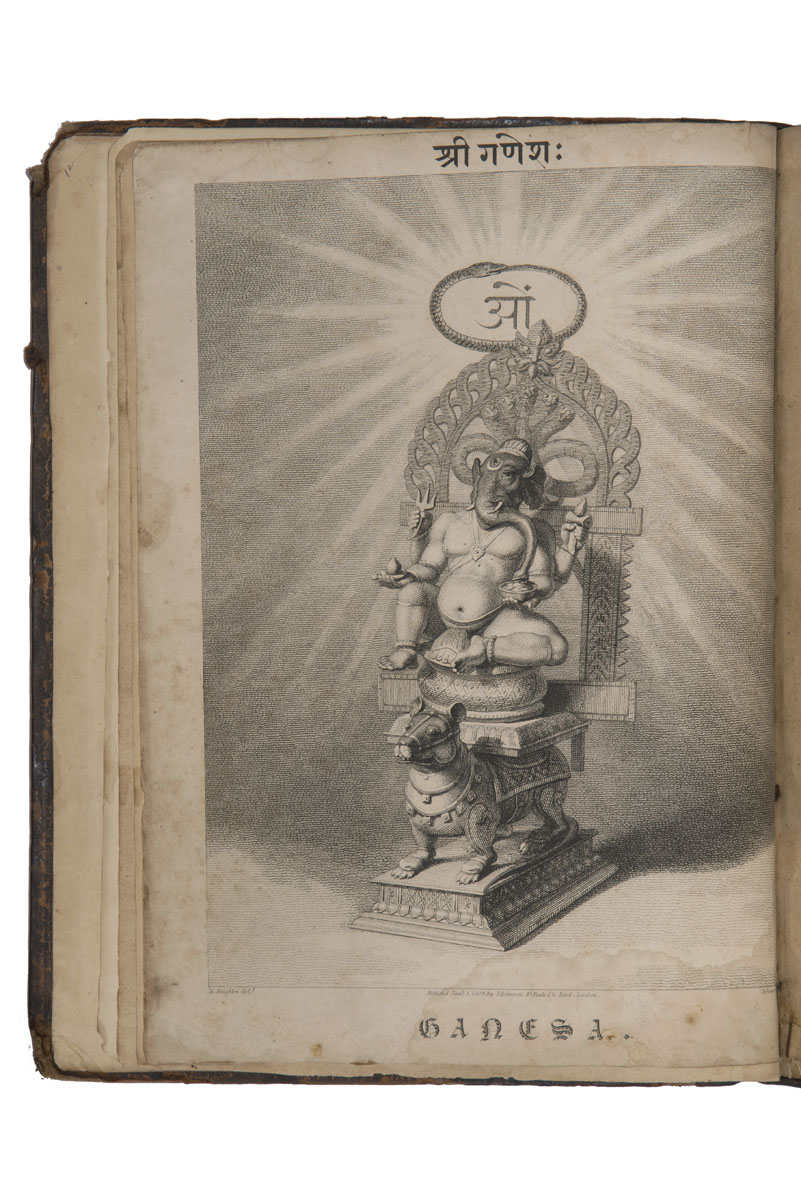 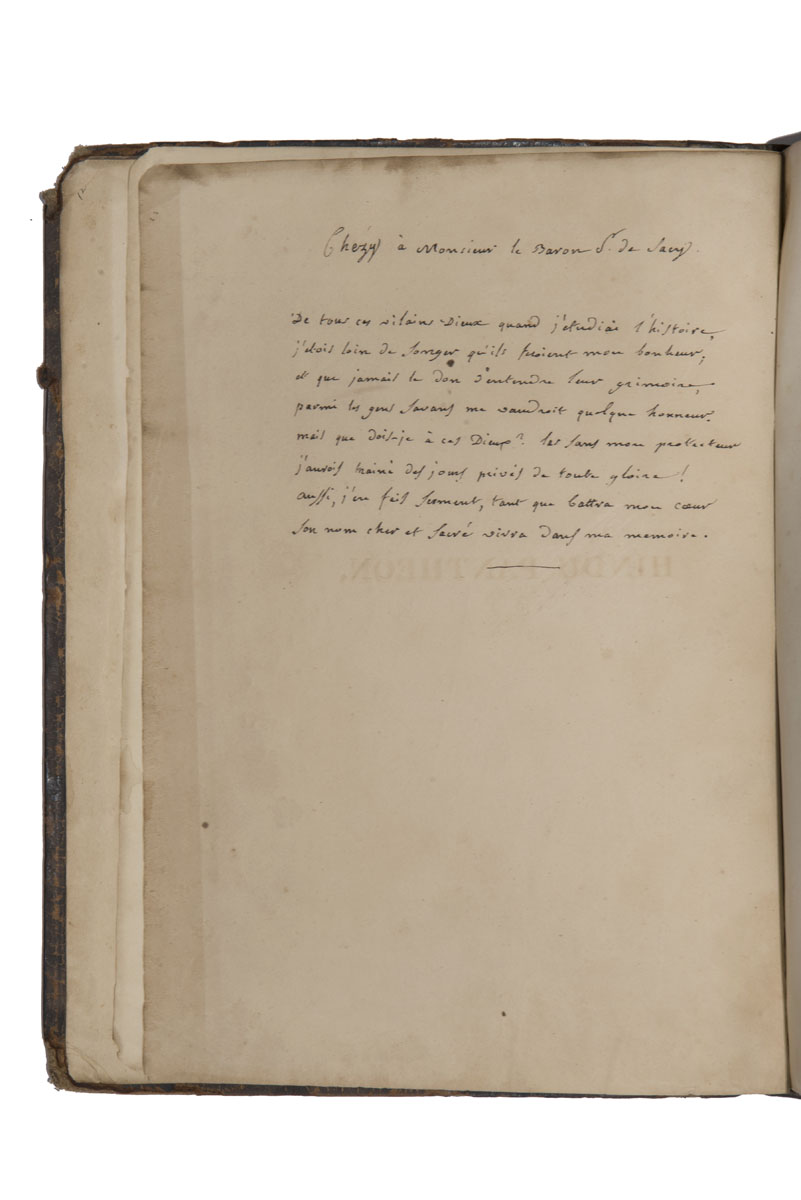 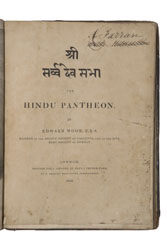 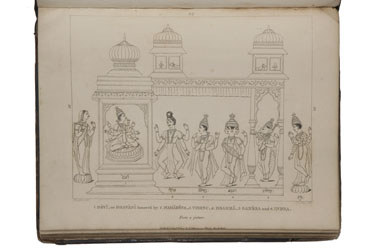 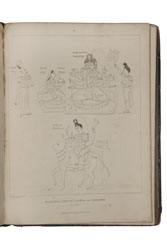 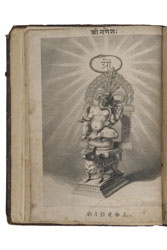 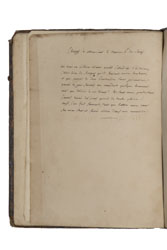 PROVENANCE
From an esteemed private collection
CATALOGUE NOTES
NON-EXPORTABLE ITEM.
Printed for J. Johnson, St. Paul's Church-Yard, London. Book of Plates.
The Hindu Pantheon or Sri Sarva Deva Sabha is written by Edward Moor and published in 1810.The Hindu pantheon is illustrated with prints of artworks that were in Moor’s personal collection. The artworks are currently in the British Museum Collection. Edward Moor was a british soldier and European scholar of Indian religions. The Hindu Pantheon was one of the first educational books that presented the concept Hinduism to an English audience. In this book of plates, the first page shows a large print of Ganesh with a Sanskrit inscription on top that reads ‘honour to the name of Lord Ganesh’ which is apt as Ganesh is the God of beginnings. The book has a crest of a Scottish nobility pasted on it which means that this book was a part of their library.