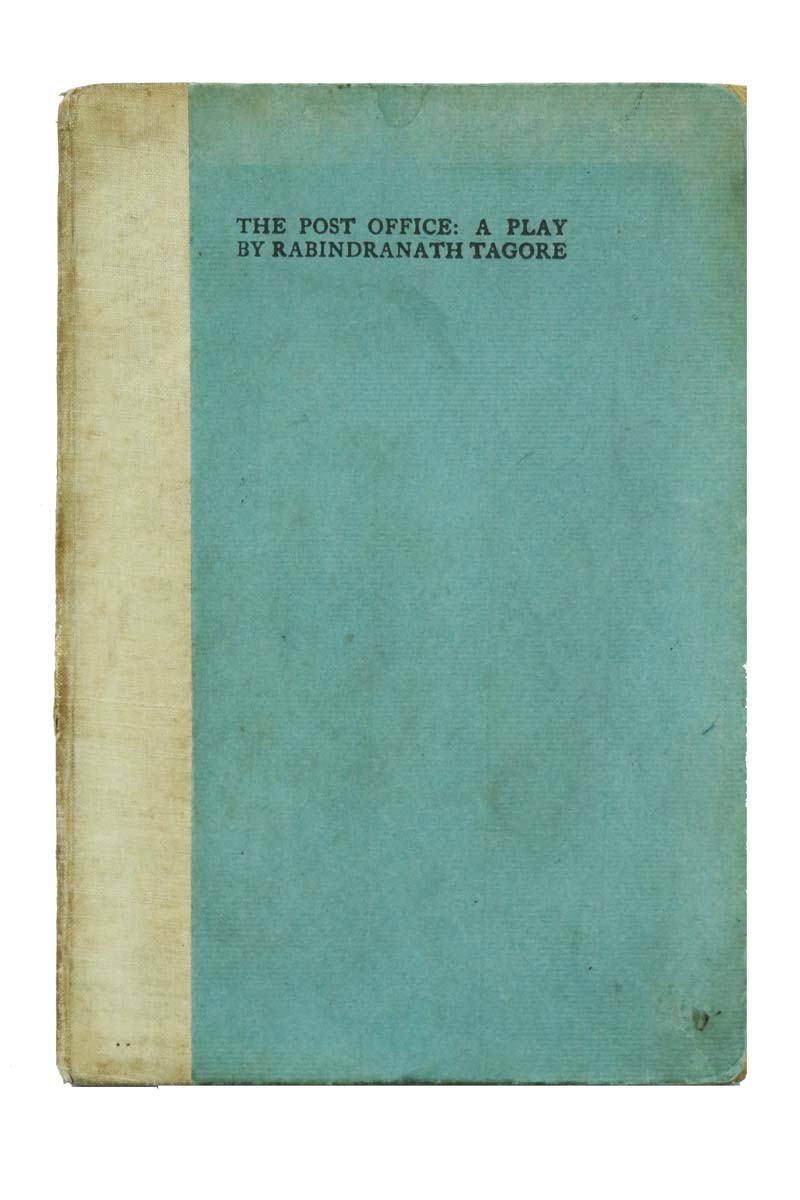 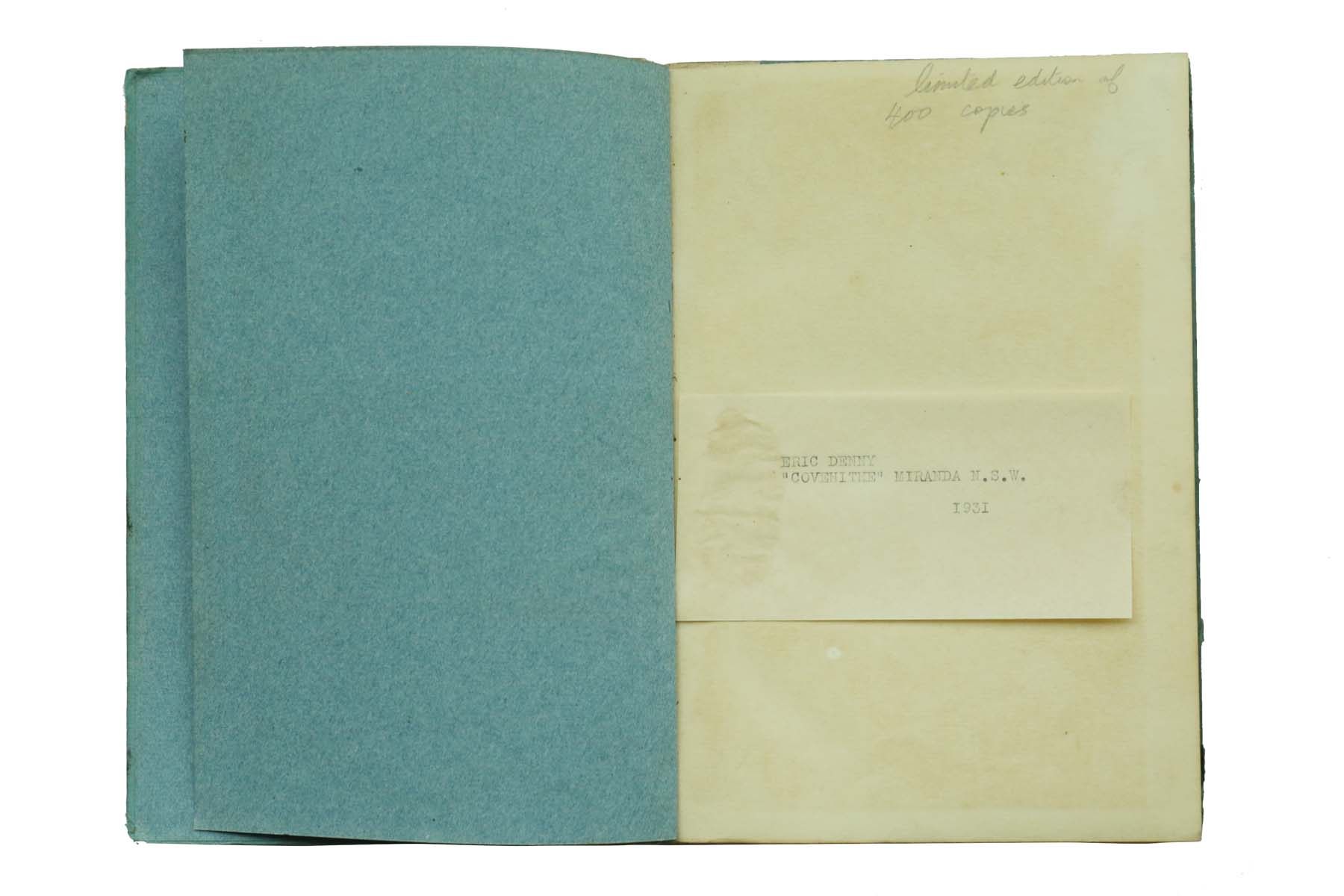 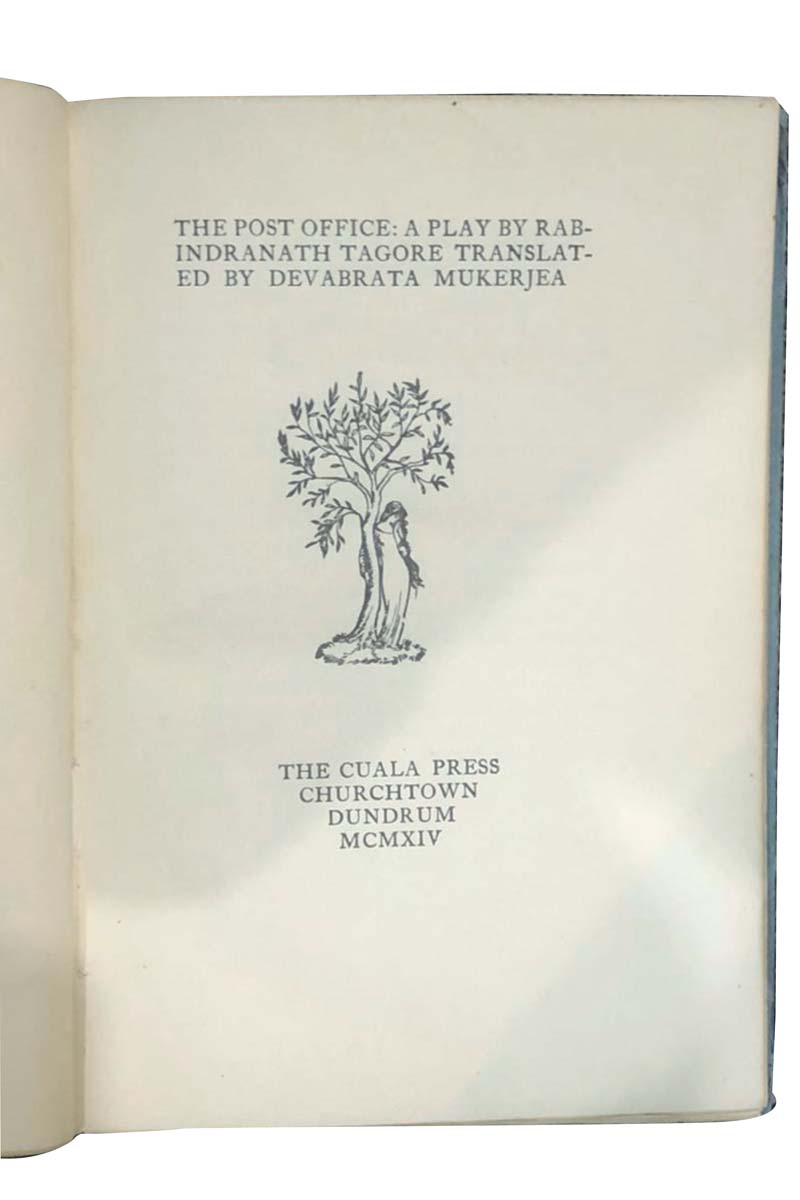 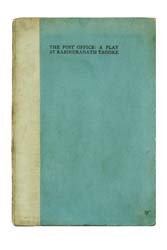 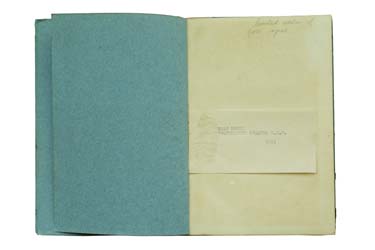 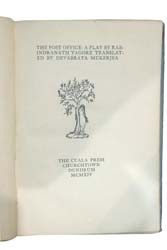 By Rabindranath Tagore, translated by Devabrata Mukerjea
Limited edition of 400 copies of which this is No. 274
True first edition published by Tagore’s friend and poet W B Yeats’s wife at the Cuala
Press, Churchtown, Dundrum, Ireland, in 1914, a few months before the trade edition. Published by Macmillan later that year.
Preface by W B Yeats. pp. [vi] 38 / printed in red and black
The book was sold out on the day of publication itself. Original cloth spine with paper-covered boards. Typed sticker of the previous owner [Eric Denny] stuck to the front endpaper. Covers soiled.
Tagore's Bengali play Daak Ghar (The Post office) highlights a sick boy's yearning to experience the outside world as he interacts with people from his room's window. A play even more relevant in the pandemic stricken world today, hungry for social interaction.
Previous Lot Next Lot