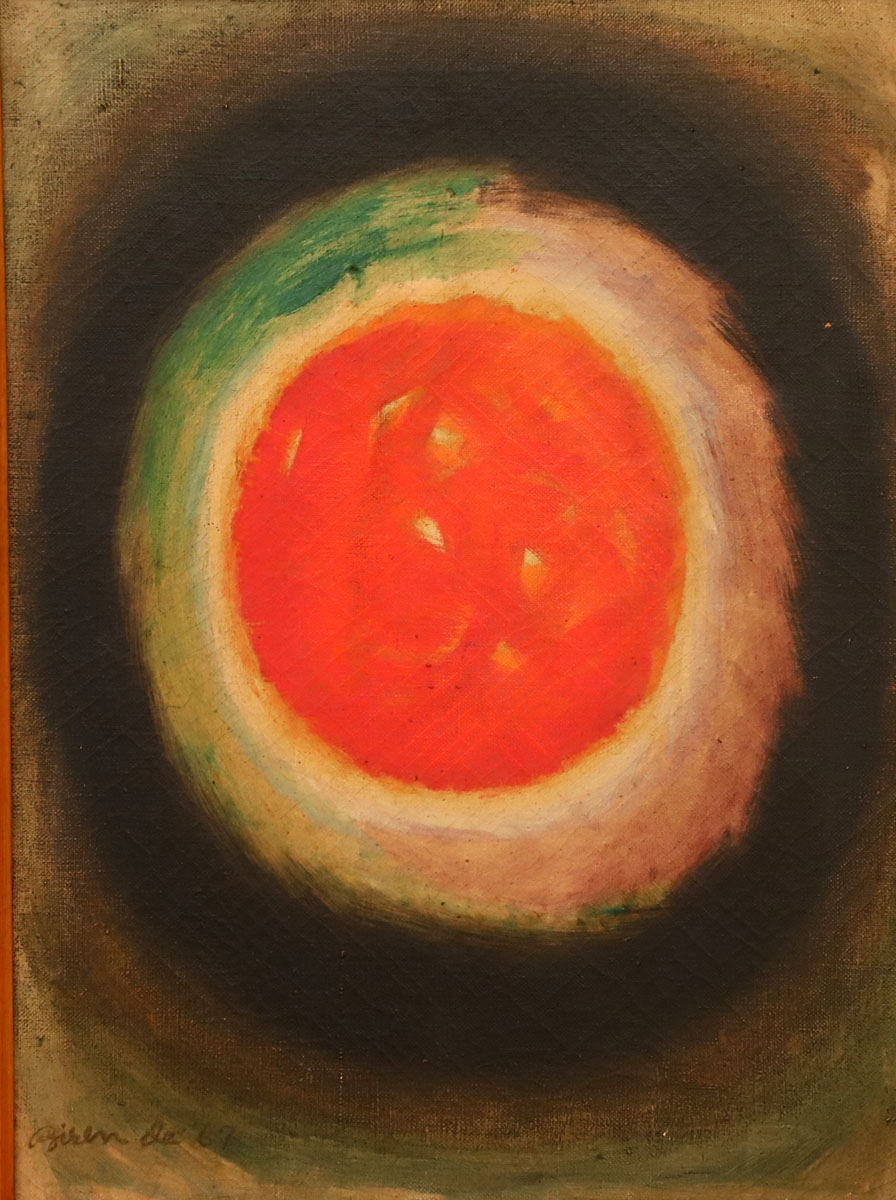 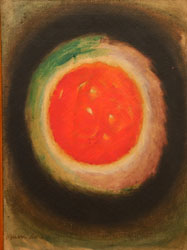 PROVENANCE
Originally acquired from Dhoomimal Art Gallery
CATALOGUE NOTES
Known for his Neo-Tantric paintings, Biren De moulded an artistic career for himself across five decades, beginning as a portrait painter. The early works were figurative and strongly influenced by Post-Impressionist European painters. He gradually evolved into abstraction and by the sixties had abandoned figuration altogether, developing what became known as his signature ‘Neo-tantric’ style. His tantric style works show symmetrical patterns of geometry, concentric rings, crescents and orbs. The presence of tantric symbols such as the mandala, phallus and vagina which represent the masculine and feminine energies of the universe. De’s tantric works often had dark blues and bright reds which was meant to awaken the psyche towards an undivided consciousness.
PUBLISHED

Past Present into the Future Contemporary India Art , Page no. 20, December 2007.