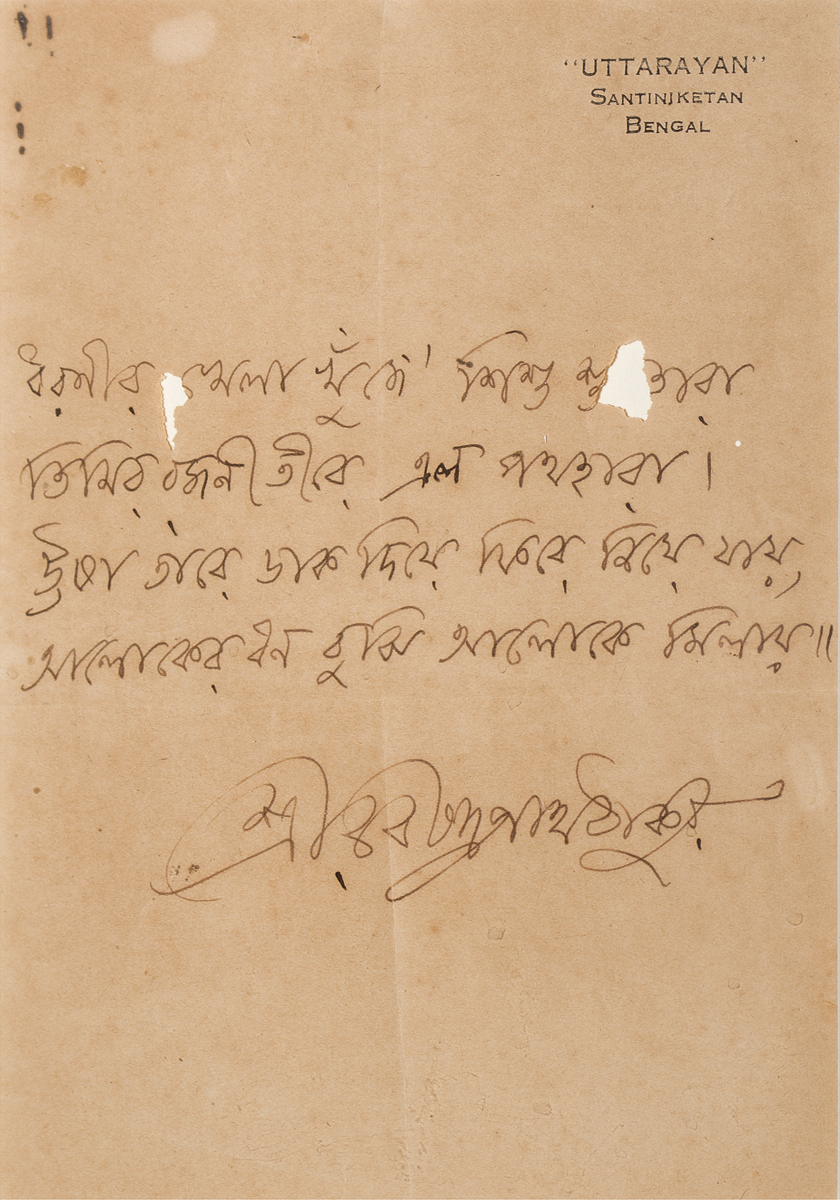 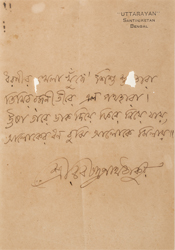 PROVENANCE
Rathindranath Tagore - Mira Chatterjee Estate
CATALOGUE NOTES
National Art Treasure - Non-Exportable
Born in 1861 in Jorasanko, Calcutta, Rabindranath Tagore was one of the most storied figures of India’s colonial resistance and consequent Independence. A keen, sensitive youth, he spent a majority of his time engaging with artistic, literary and cultural forms of expression, writing his first poem at the age of 8. Such an energy remained with him through his life, aiding his experience of India’s fate at the hands of the British Empire, and imbuing the national landscape with an expression of contextual modernism. In 1913, the cumulation of a powerful, native experience as well as a sensitive form of expression, won him the Nobel Prize for his outstanding poems Gitanjali. His oeuvre remains one of the most profound responses to the issues of his time.