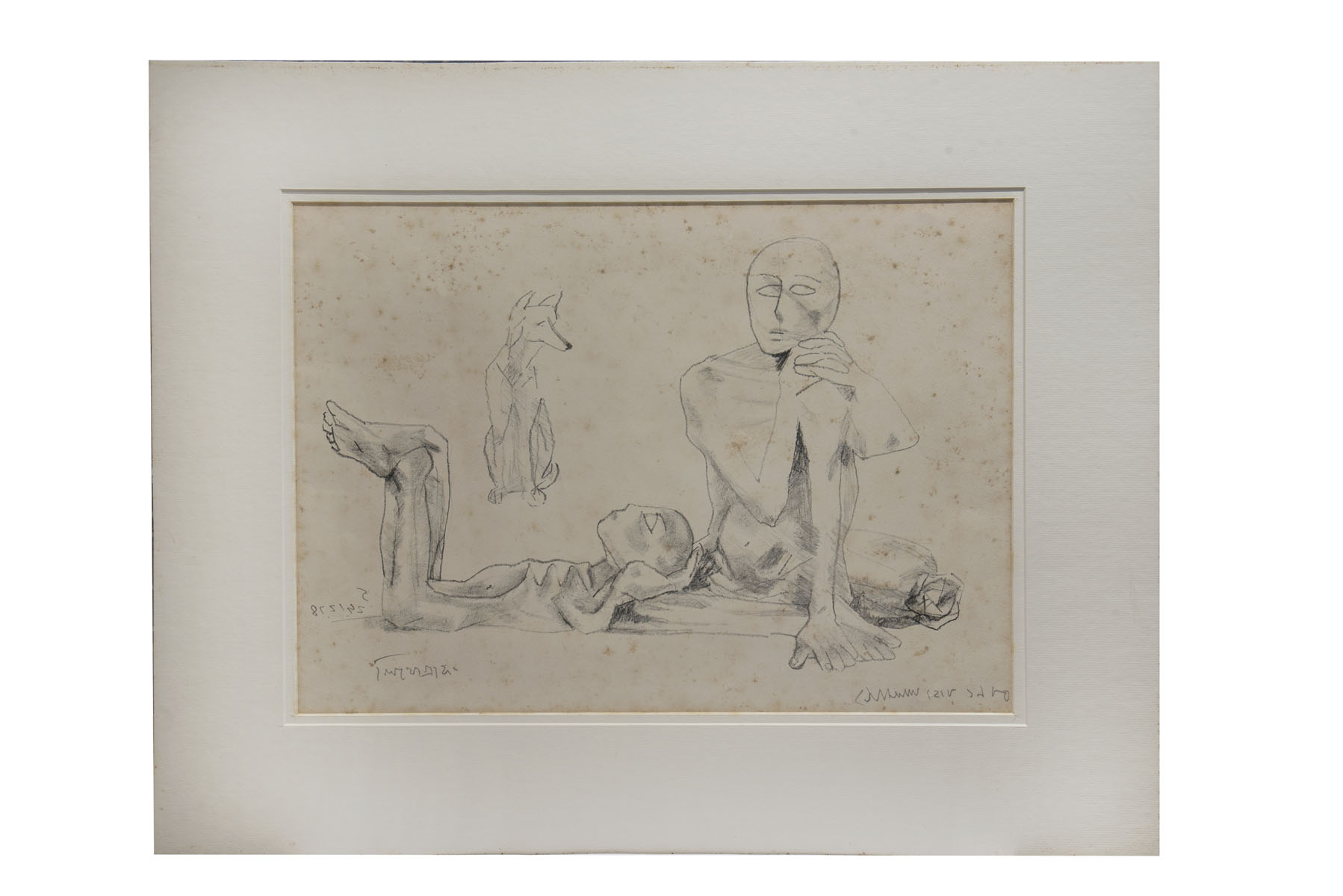 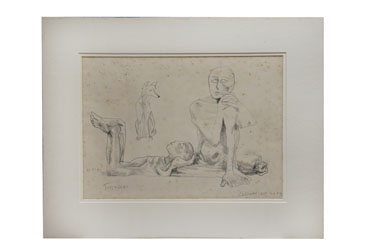 PROVENANCE
Private Collection
CATALOGUE NOTES
The plate was made on 24/12/78 and has been signed. The mirror image of the dated can be seen on the artwork. The artist has also written the word lithograph in Bengali lower left.
Born in 1921 in Bengal, Somnath Hore’s had an interest in humanist themes. He graduated from Government Art College, Calcutta and had the chance to study under Haren Das. His paintings and prints often resonated with his feelings of anger and pain. As he was also a member of the Communist Party, his socialist ideologies often influenced his artwork. His subject matter drew attention to the life of people in Bengal; the impoverished and suffering social class represented the pain caused from the Famine of 1943. Somnath Hore joined the Delhi Polytechnic where he experimented and analysed different methods of printmaking such as wood engraving, etching, lithograph and dry point to negotiate with his political image making.