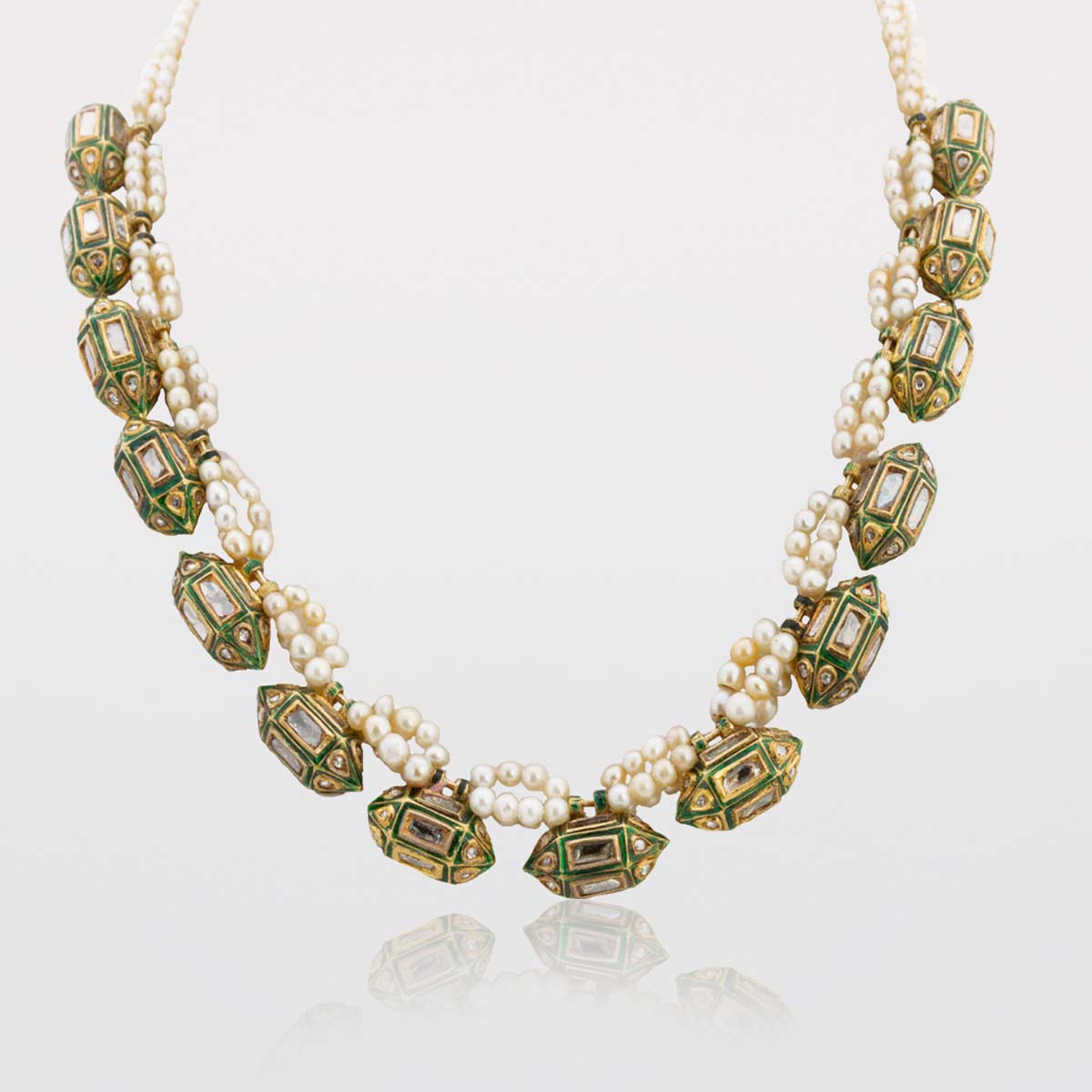 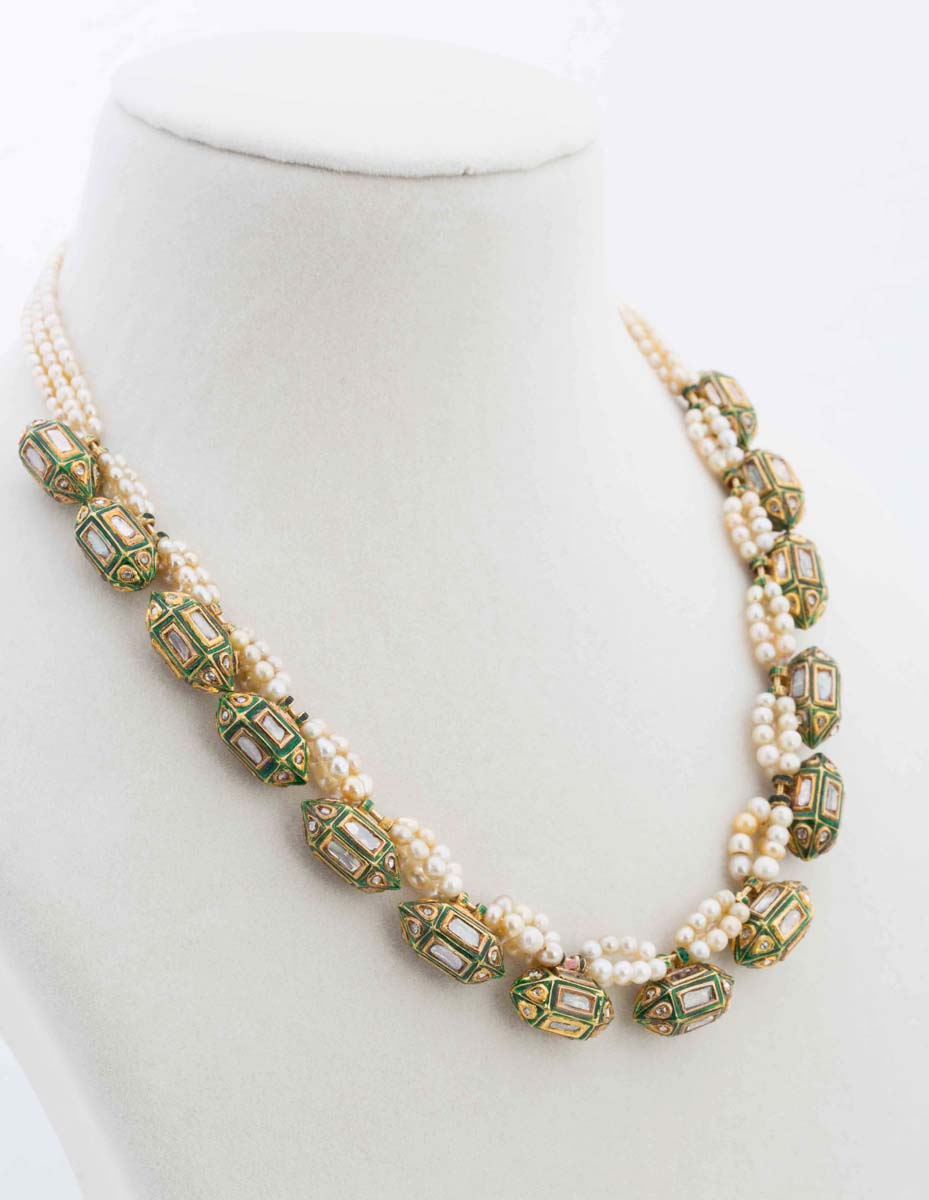 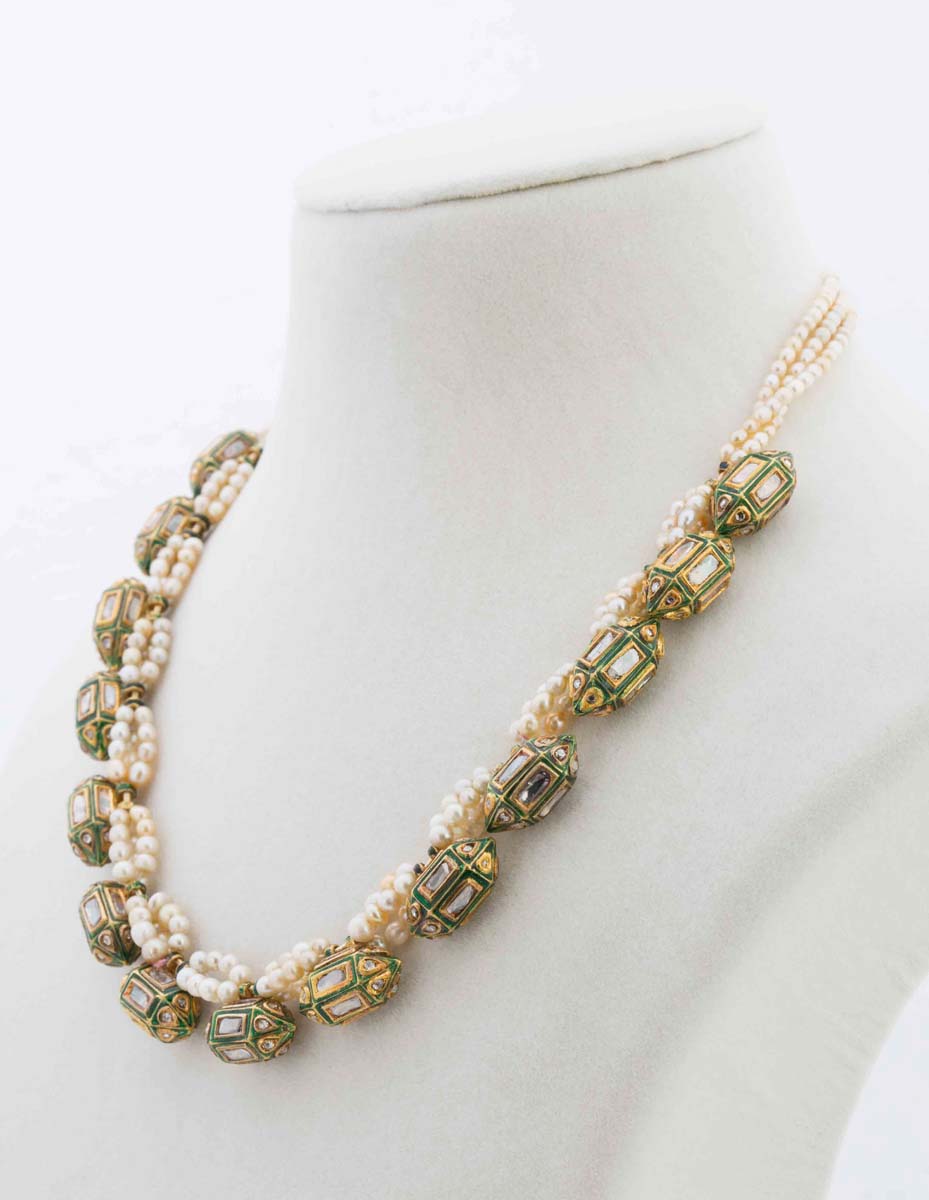 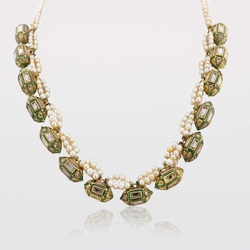 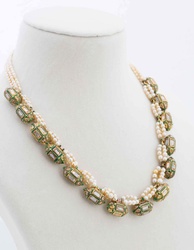 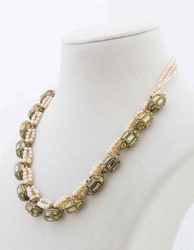 Vintage Jadau suite of 14 ’Taveez’ in a necklace in green Meenakari or enamel with uncut diamonds set in a certified gucchha of Basra pearls likely to be from UP. The Taveez is traditionally meant to protect individuals and ward off evil.

Jadau derives its name from the colloquial term ‘jad’ (which means to embed), and is widely used in kundan, polki, and meenakari jewellery. Introduced in India by the Mughals, it is a technique of jewellery-making where precious gemstones like uncut diamonds, pearls, emeralds, and rubies are embedded into gold.

Uncut diamonds are unpolished, unshaped, and also known as raw and rough diamonds. A diamond's value is based on the four C's; cut, carat, colour, and clarity.

The Taveez is traditionally meant to protect individuals and ward off evil.

Basra Pearl is a high-quality precious variety of the natural pearl gemstone, originating from the Basra region of the Persian Gulf. Basra is best known to the world as the city from which Sinbad set out in the fable, The Thousand and One Nights.