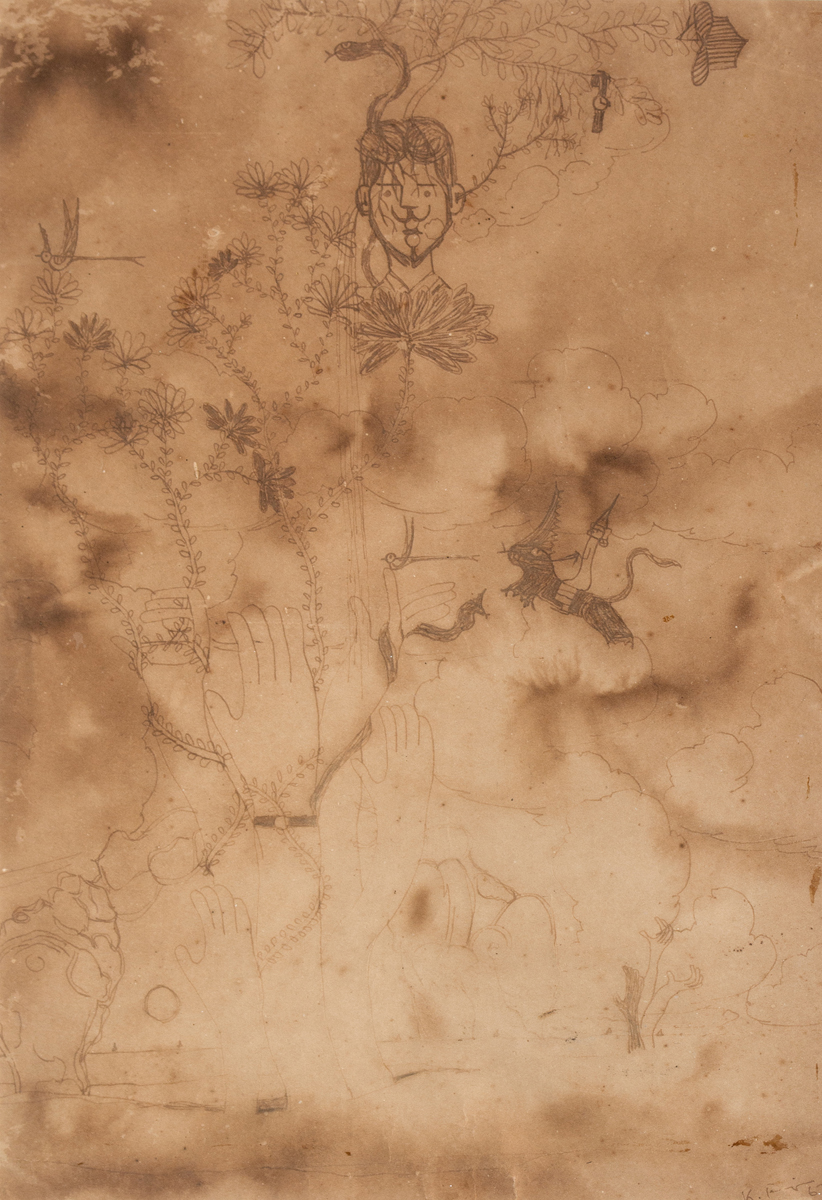 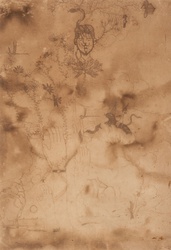 Born in Chennai in 1941, K Ramanujam is known for his line drawings in black and white. The artist lived in his own world of fantasy that was often expressed through his art. He often combined the personal, the absurd and the eternal; fusing all of those elements in a single artwork. “KG Ramanujam created a pathologically intricate pen and ink series of works in the 1970s, which he called Fantasy Series. The work depicted the three levels of Brahmand, heaven, sky and earth in which winged, draped figures float in an imaginary world. His fantasy lands are drawn from Tamil myths, Chandamama stories, palmistry, shells and the veins of a leaf. (Iain Robertson, Understanding Art Markets : Inside the World of Art and Business, Routledge, 2016, p. 288)