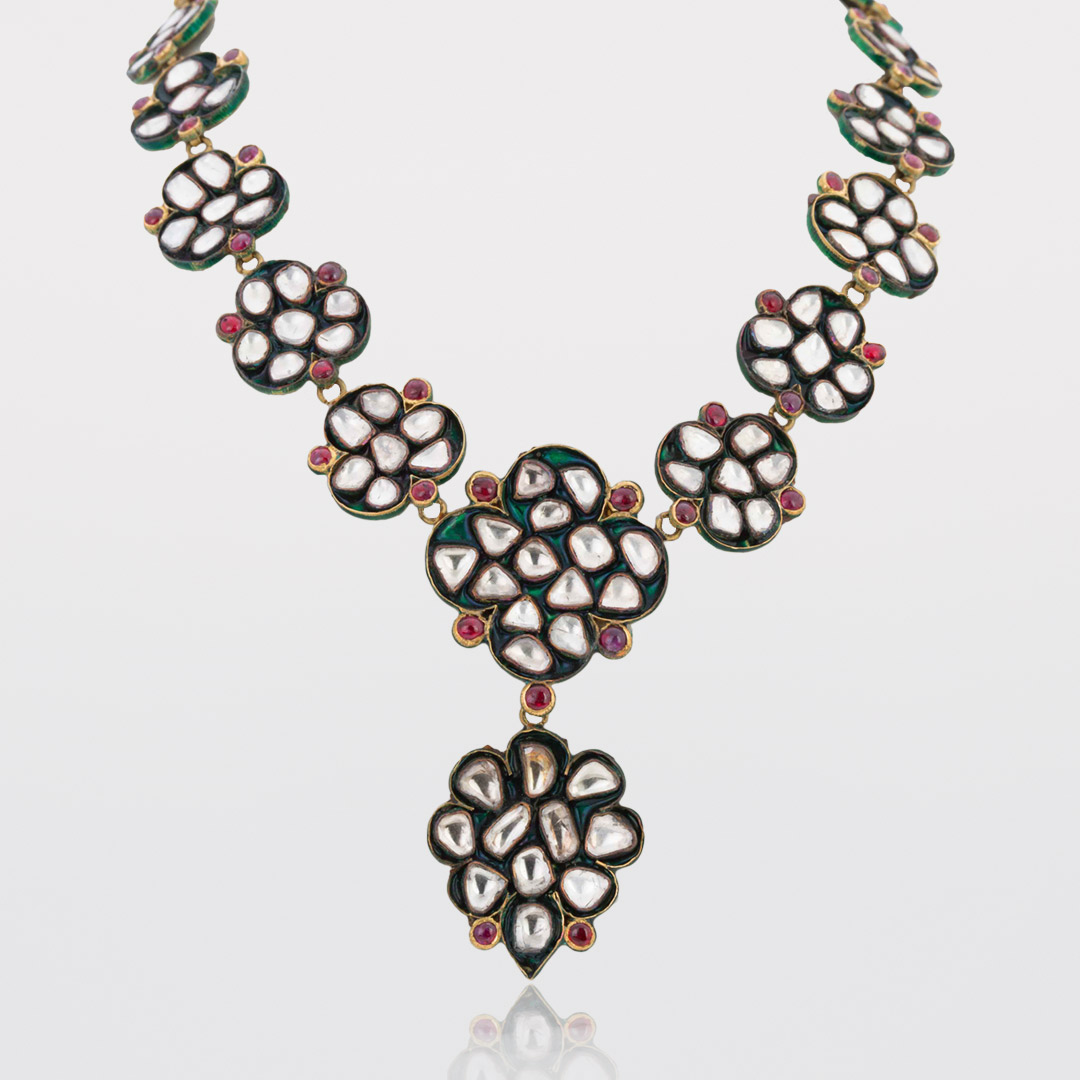 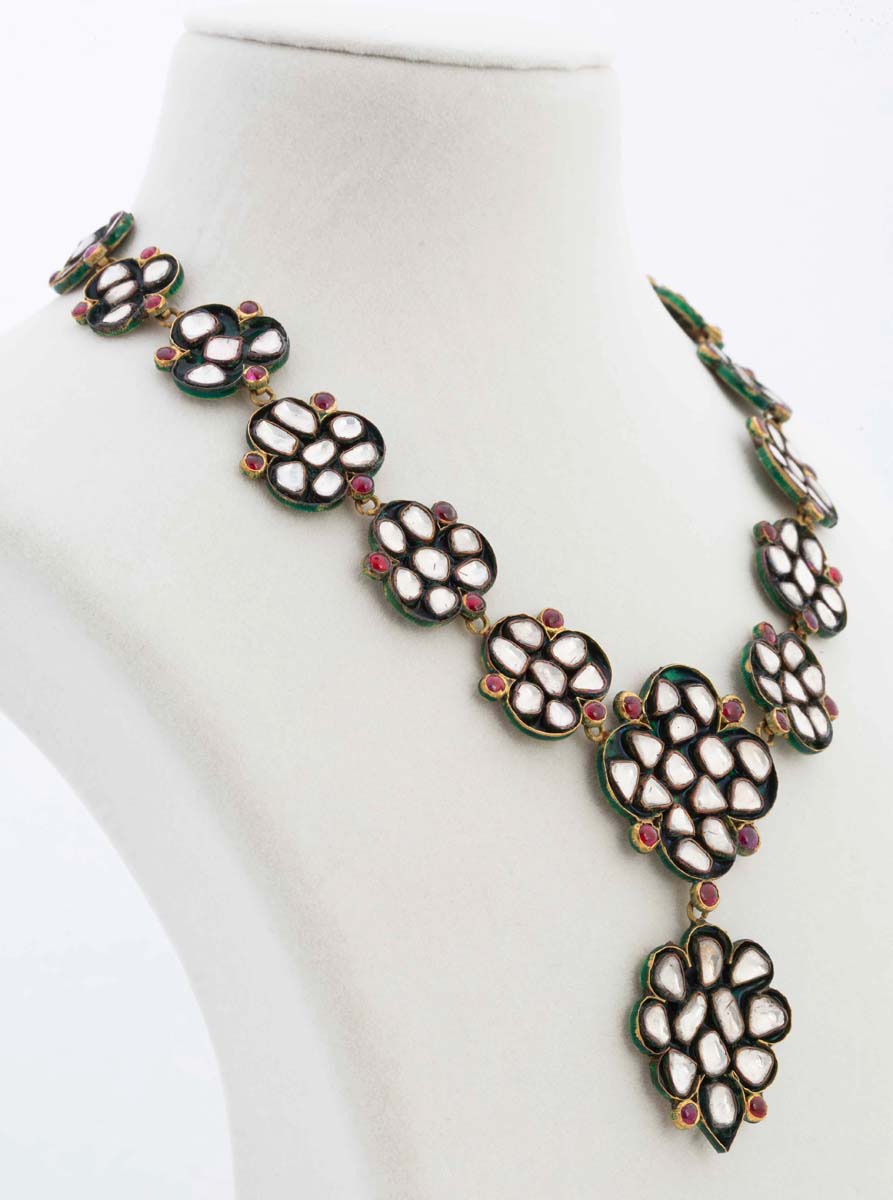 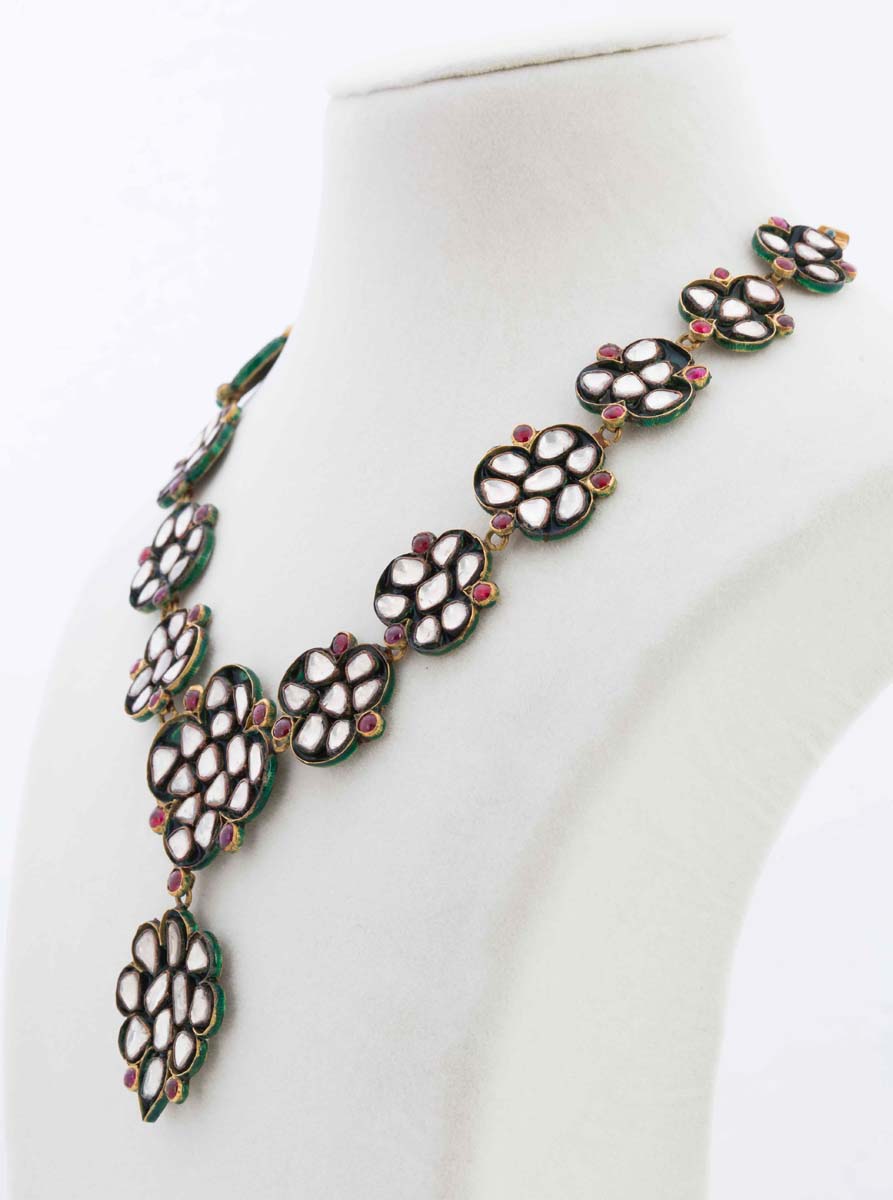 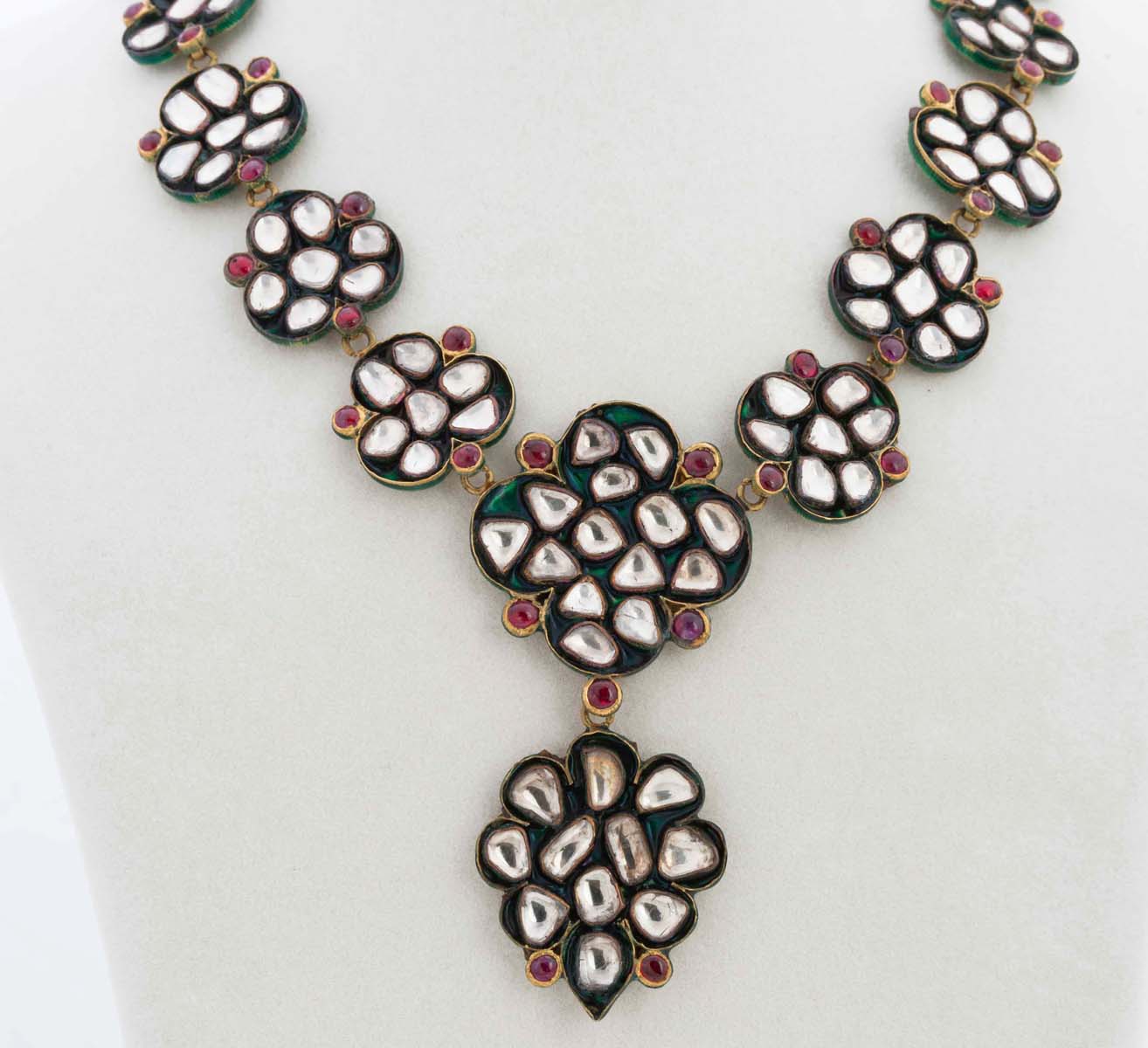 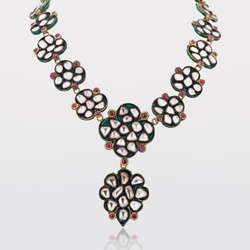 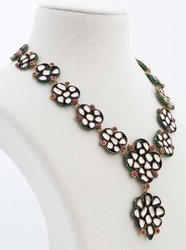 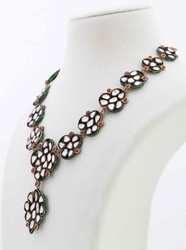 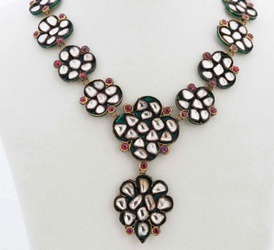 A Contemporary Jadau Uncut Diamond, Ruby And Enamel Necklace. Triangular and kite-shaped table-cut diamonds, multi-faceted and rose-cut diamonds, enamel on front and back set in gold.

Jadau derives its name from the colloquial term ‘jad’ (which means to embed) and is widely used in kundan, polki and meenakari jewellery. Introduced in India by the Mughals, it is a technique of jewellery-making where precious gemstones like uncut diamonds, pearls, emeralds, and rubies are embedded into gold.

A Rose-cut diamond resembles the shape of a rosebud with a flat base being one of its main features.