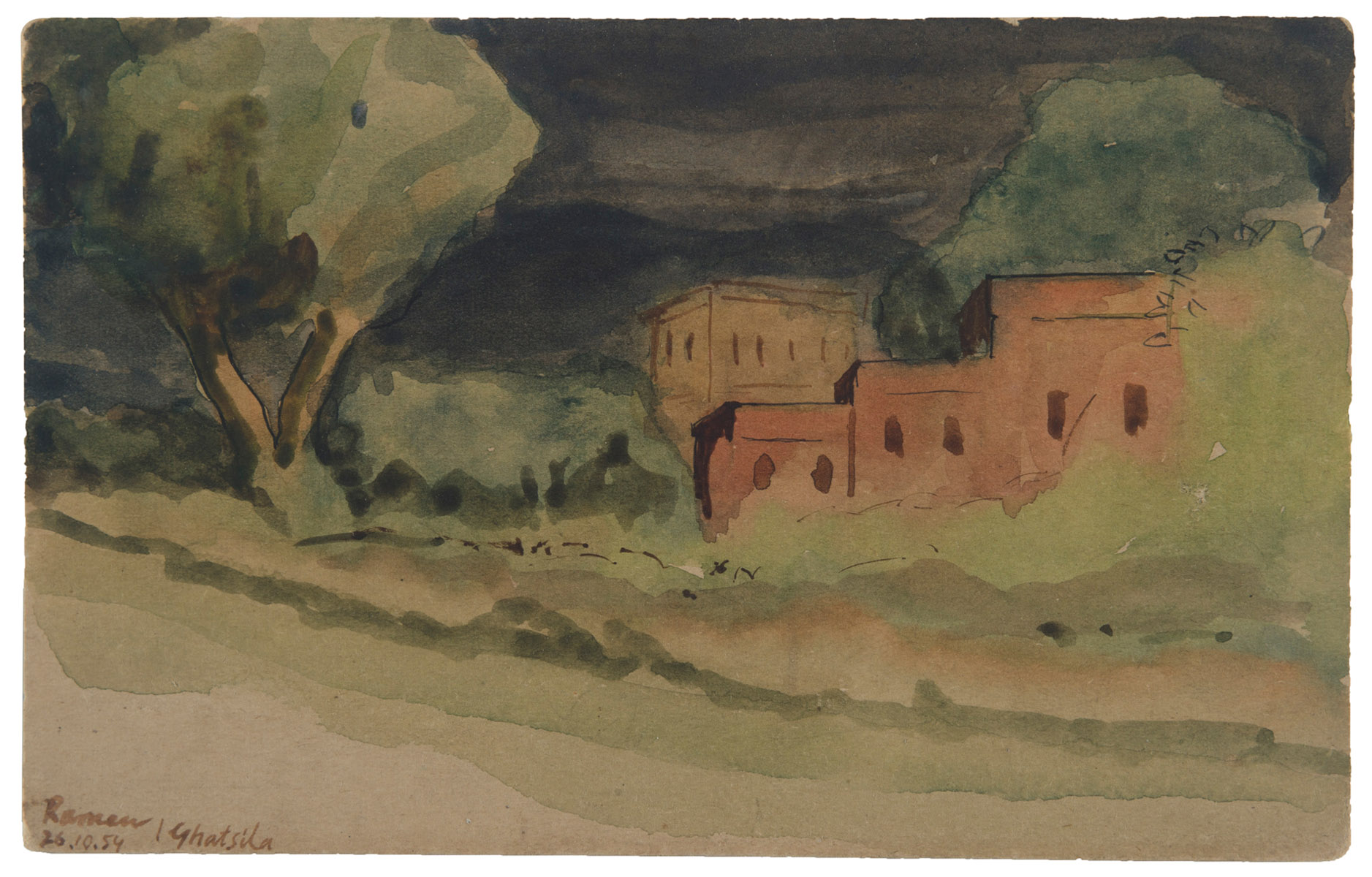 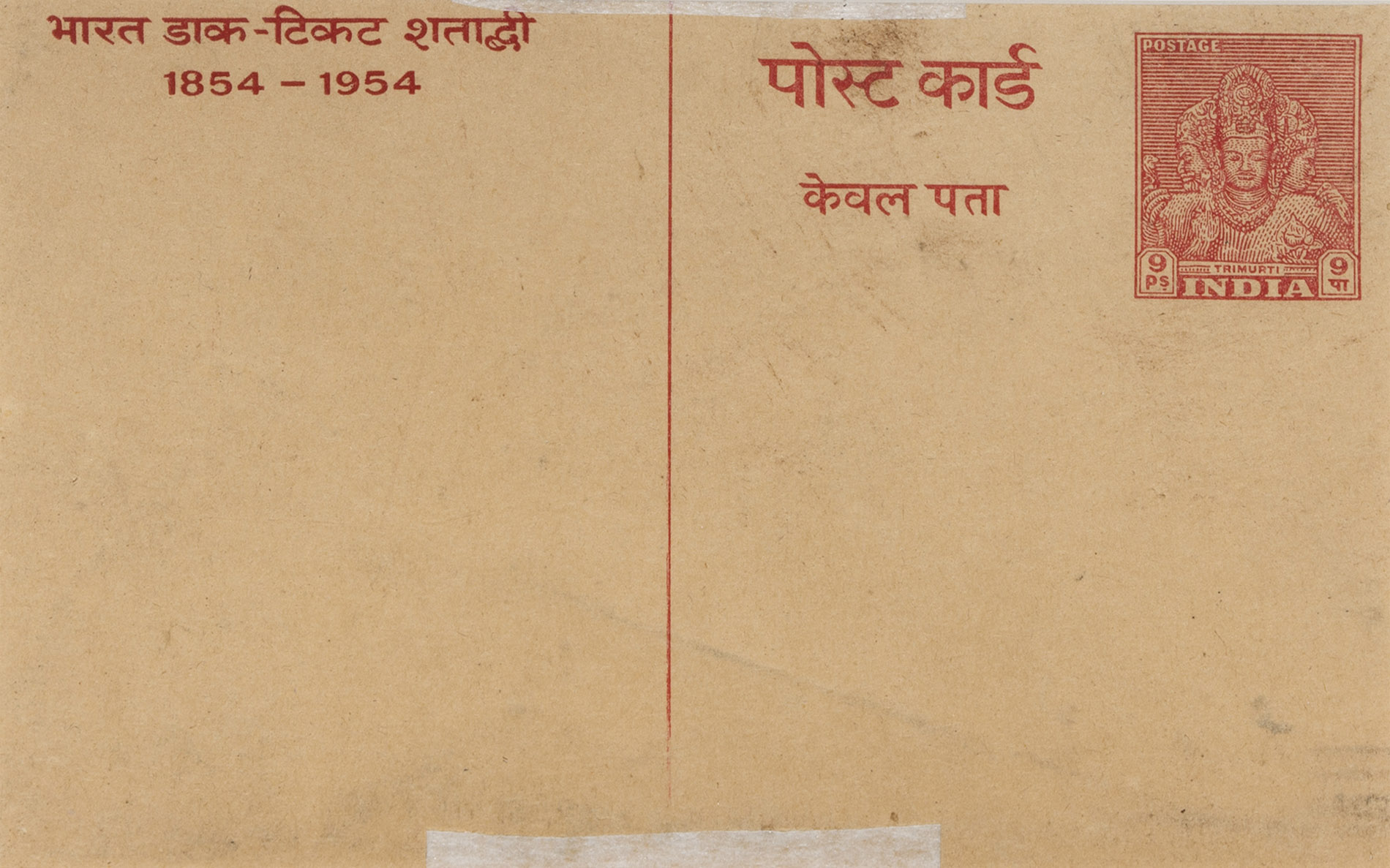 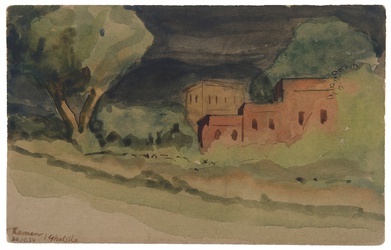 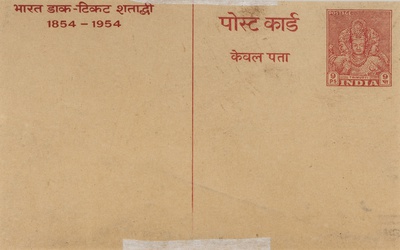 Postcard sent by Ramendranath Chakravarty to Pulin Behari Sen. Pulin Behari Sen was one of the Directors of the Viswa Bharati Granthan Vibhaga, the internal publication department at Santiniketan established in 1923. Acquired from the Pulin Behari Sen Estate. Ramendranath joined Government School of Arts, Calcutta, as the Head Assistant Teacher in 1929, during the principal-ship of Mukul Dey. From 1943 to 1946 he was the Officiating Principal there and he introduced the Graphics Department in 1943. Ramendranath also became the Principal of the School in 1949.