Lalitha Lajmi (b. 1932) is a veteran printmaker and a self-taught artist who continues to paint in her Lokhandwala home at the wise age of 89. Her creative oeuvre traverses over five decades (and counting) and includes etching and printmaking, pen and ink drawings, oil colour, and watercolour paintings. Her work navigates the humane predicament and contains elements of an autobiographical narrative with a continuous presence of psychoanalysis.

Born into a creative household, Lajmi's brother was the great filmmaker Guru Dutt, her mother a polylingual writer, and her father a poet. She developed an interest in art at the tender age of 5, when her uncle B. B. Benegal, a commercial artist from Kolkata(where Lajmi grew up), bought her a box of paints. Lajmi continued to nurture her love for art once she moved to Mumbai, where she studied Commercial Art at the Sir J.J. School of Art. However, her painting career began much later in the 60s when she would also teach art in school to earn a living. 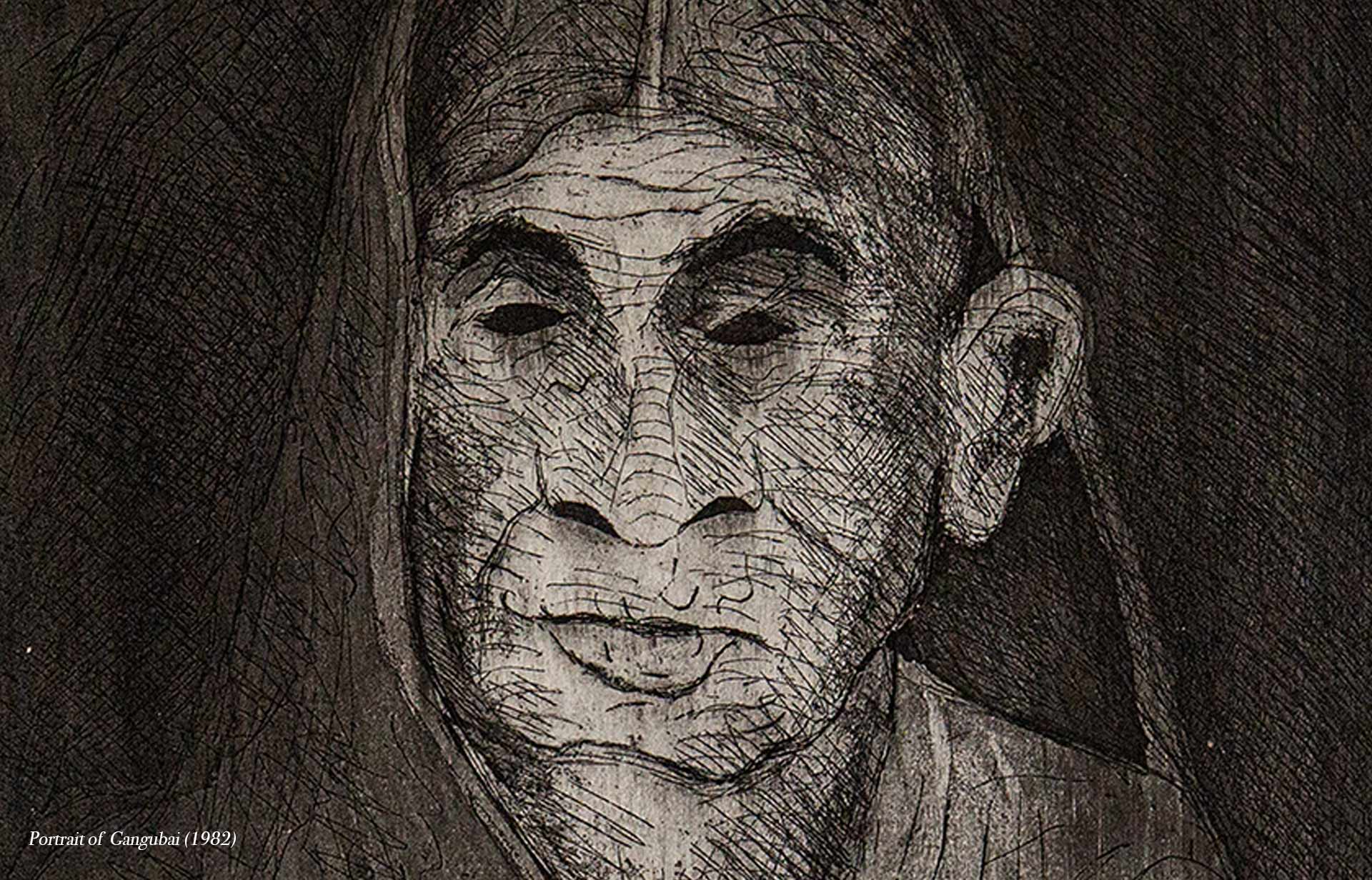 Lajmi's body of work revolves around the themes of death, performance, and the complexities of human relationships. Her close association with cinema and theatre resulted in the use of masks as a recurring motif. She also believes that we all play pretend and don masks in real life. While the ominous shadow of death breathes heavily on her works with titles like "Death reading a book of poems" and "Death of a mask". Her prints are also introspections of the subconscious mind and its dreams. While her earlier works are melancholic in nature, her later works are described as more optimistic.

Lajmi's works in the mid-80s and late 90s comprise etchings, oils, and watercolours depicting the inner conflicts in human relationships. One of them portrays the natural bond between a mother and daughter, probably drawn from Lajmi's relationship with her late daughter and filmmaker, Kalpana. Works from this period also explore the latent tensions between men and women. 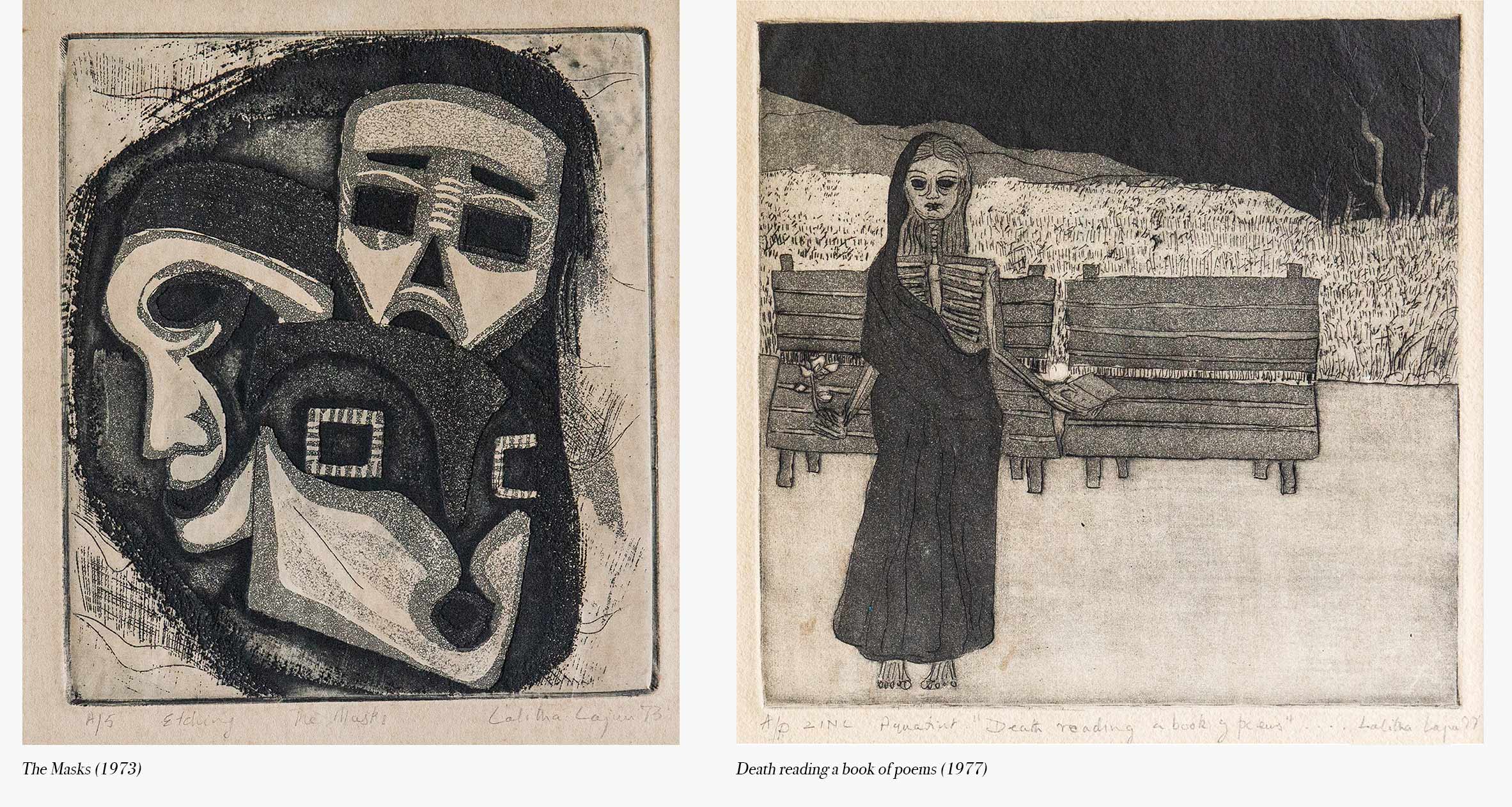 Today, Lalitha Lajmi continues to paint in solitude in her room with paint brushes, a palette, and the canvas as her silent companions. This auction includes 65 prints spanning over two decades from the 1960s to the 1980s. The auction will be live soon.