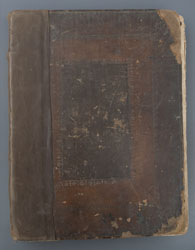 PROVENANCE
Private Collection
CATALOGUE NOTES
NON EXPORTABLE ITEM
Printed for John Clark and Richard Hett at the Bible and Crown in the Poultry near Cheapside and W. Hinchliffe at Dryden's Head under the Royal Exchange.
The son of a clergyman, John Reynolds entered Pembroke College Oxford in 1684 but did not graduate. He was ordained in 1699 after which he published religious treatises and a few poems.