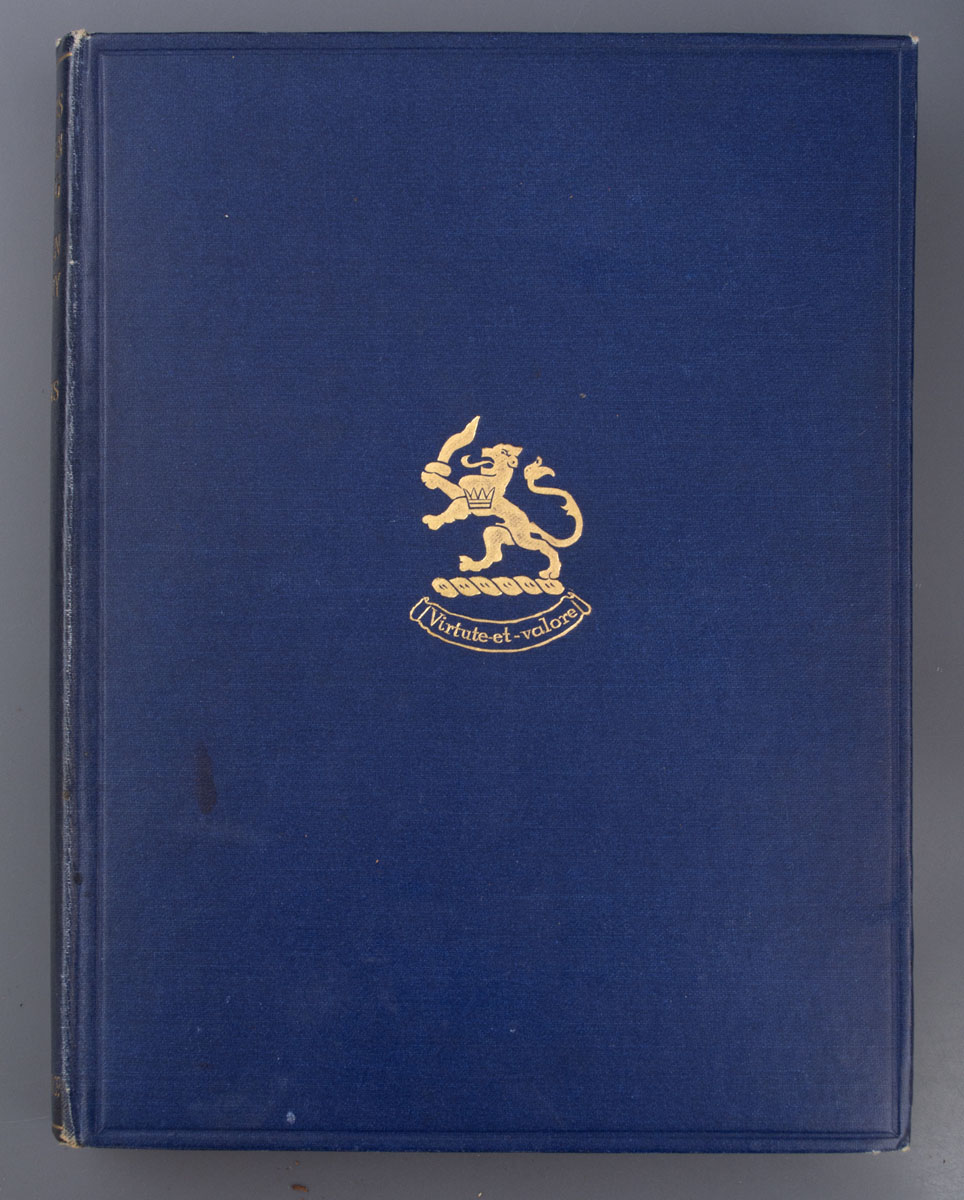 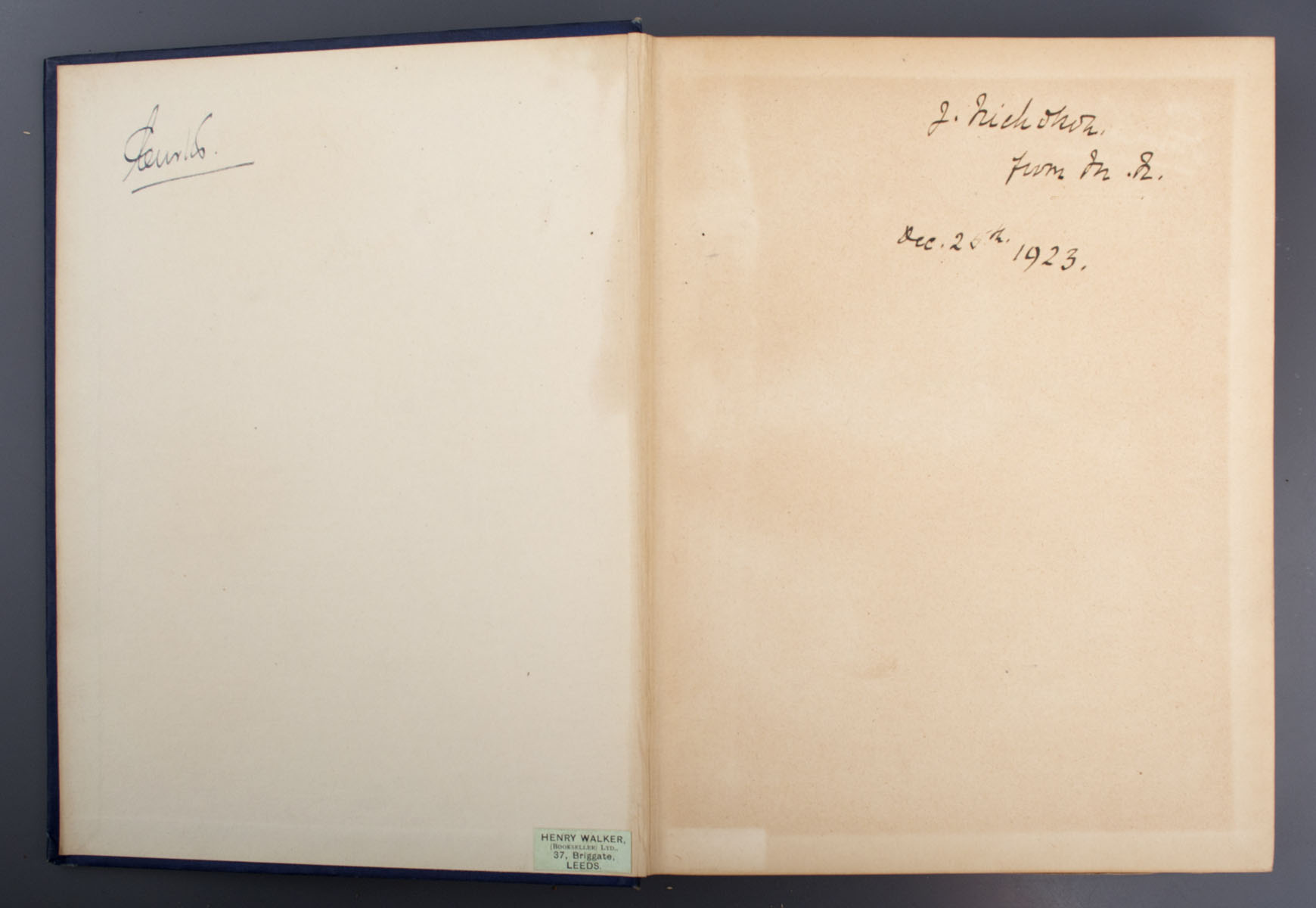 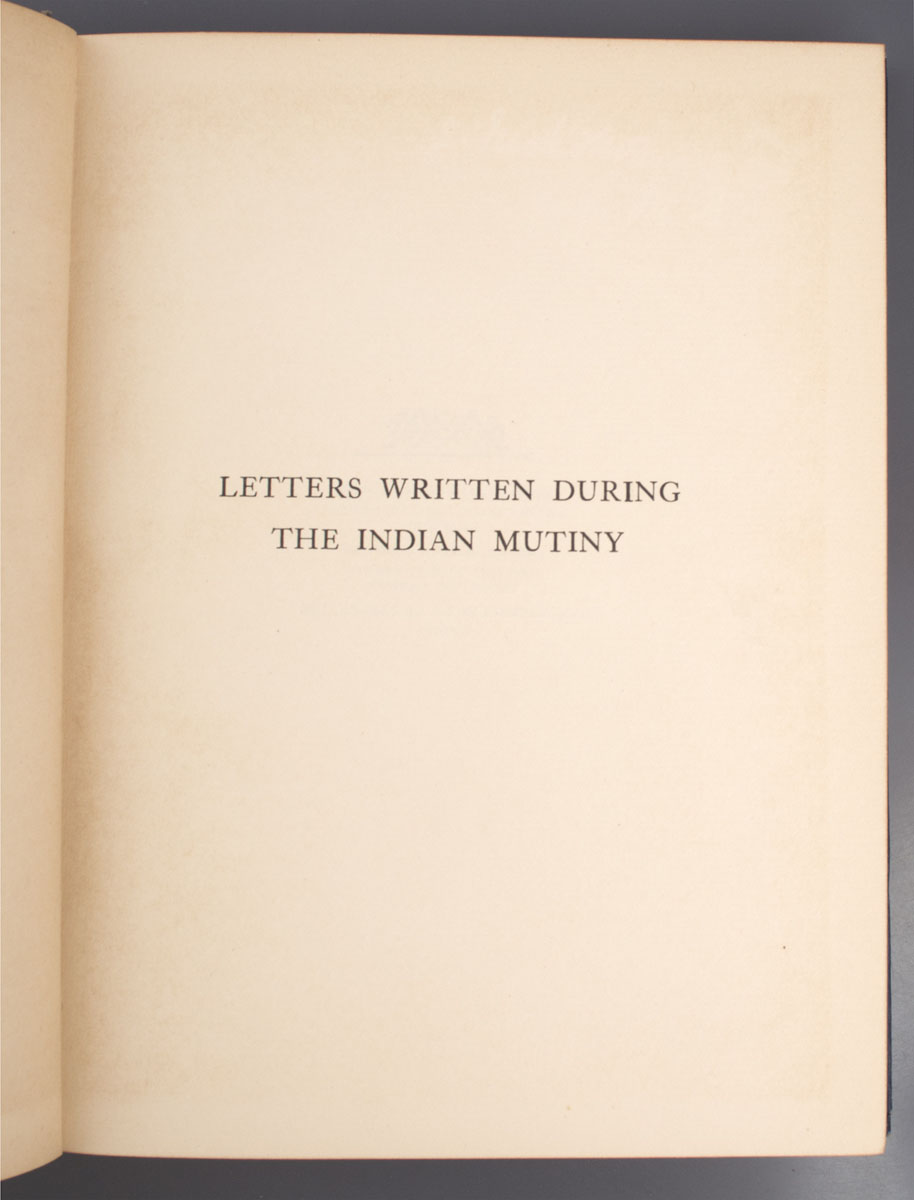 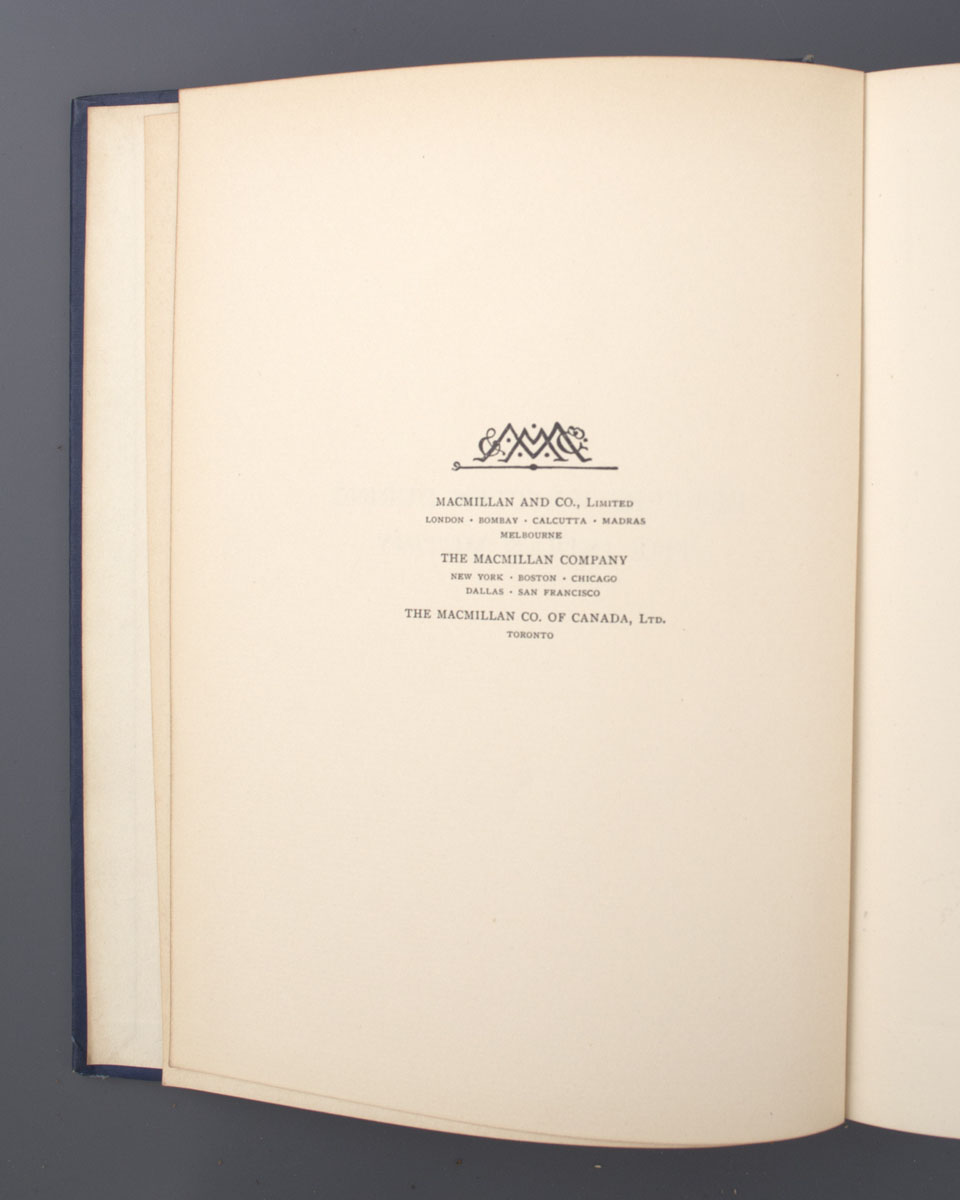 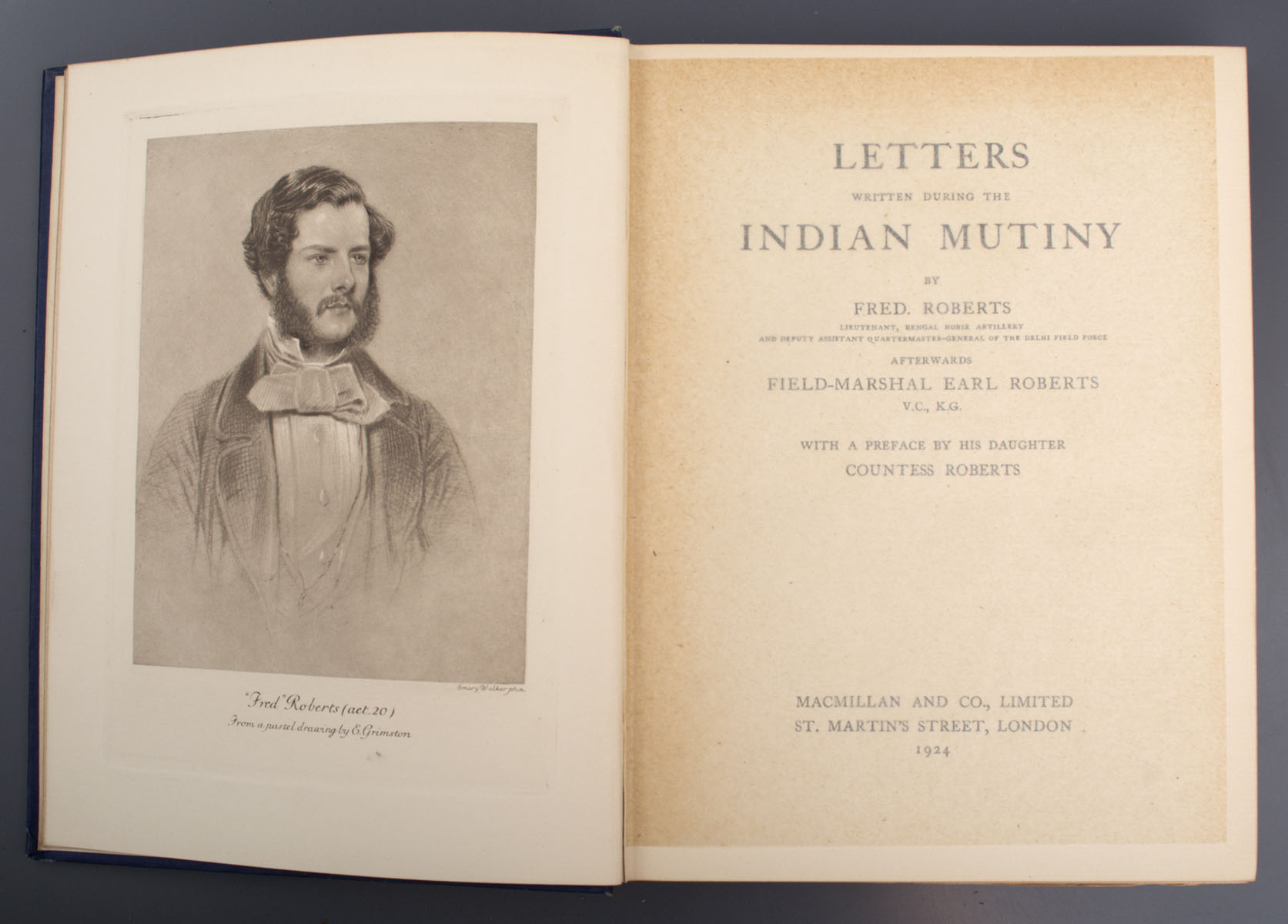 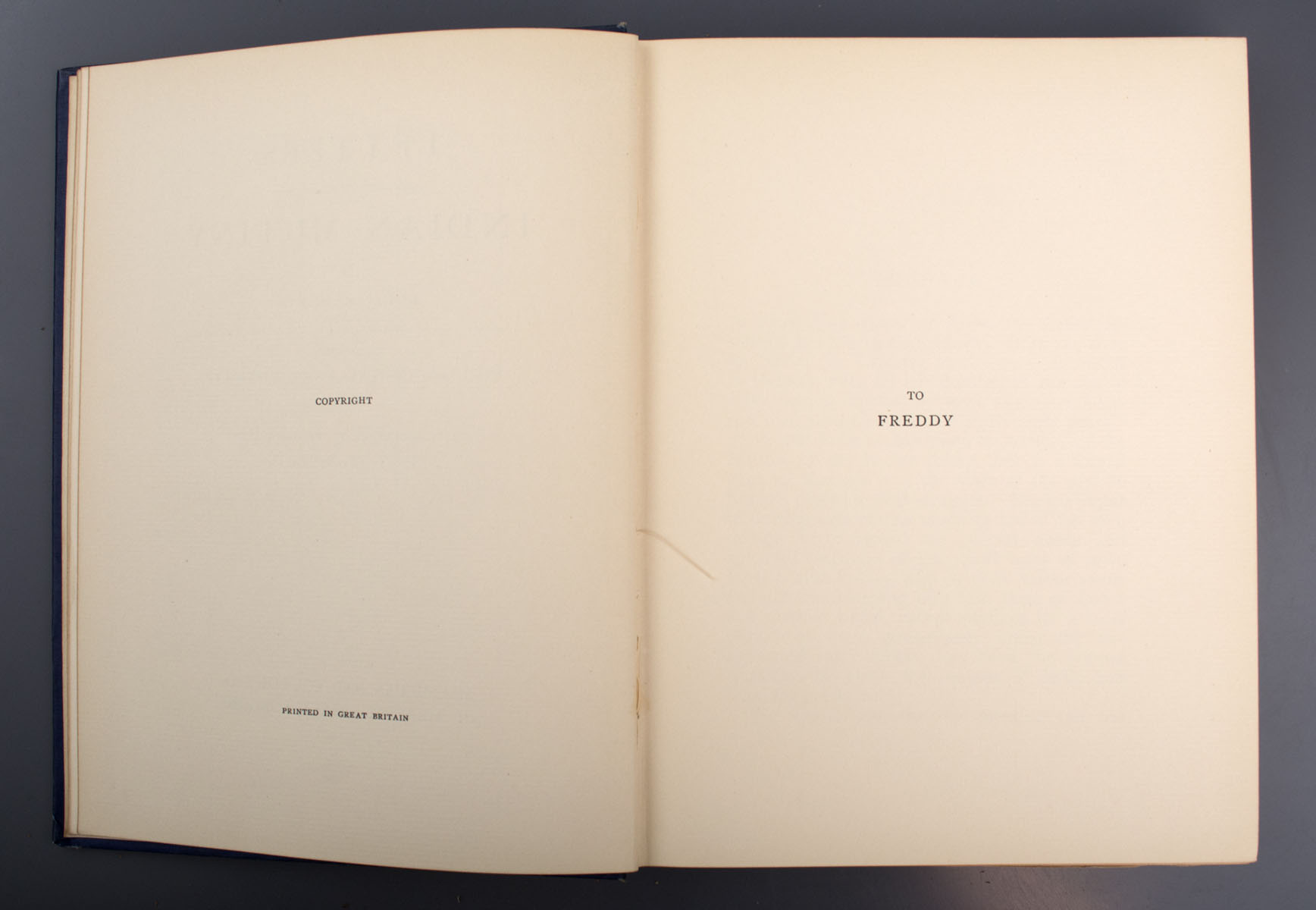 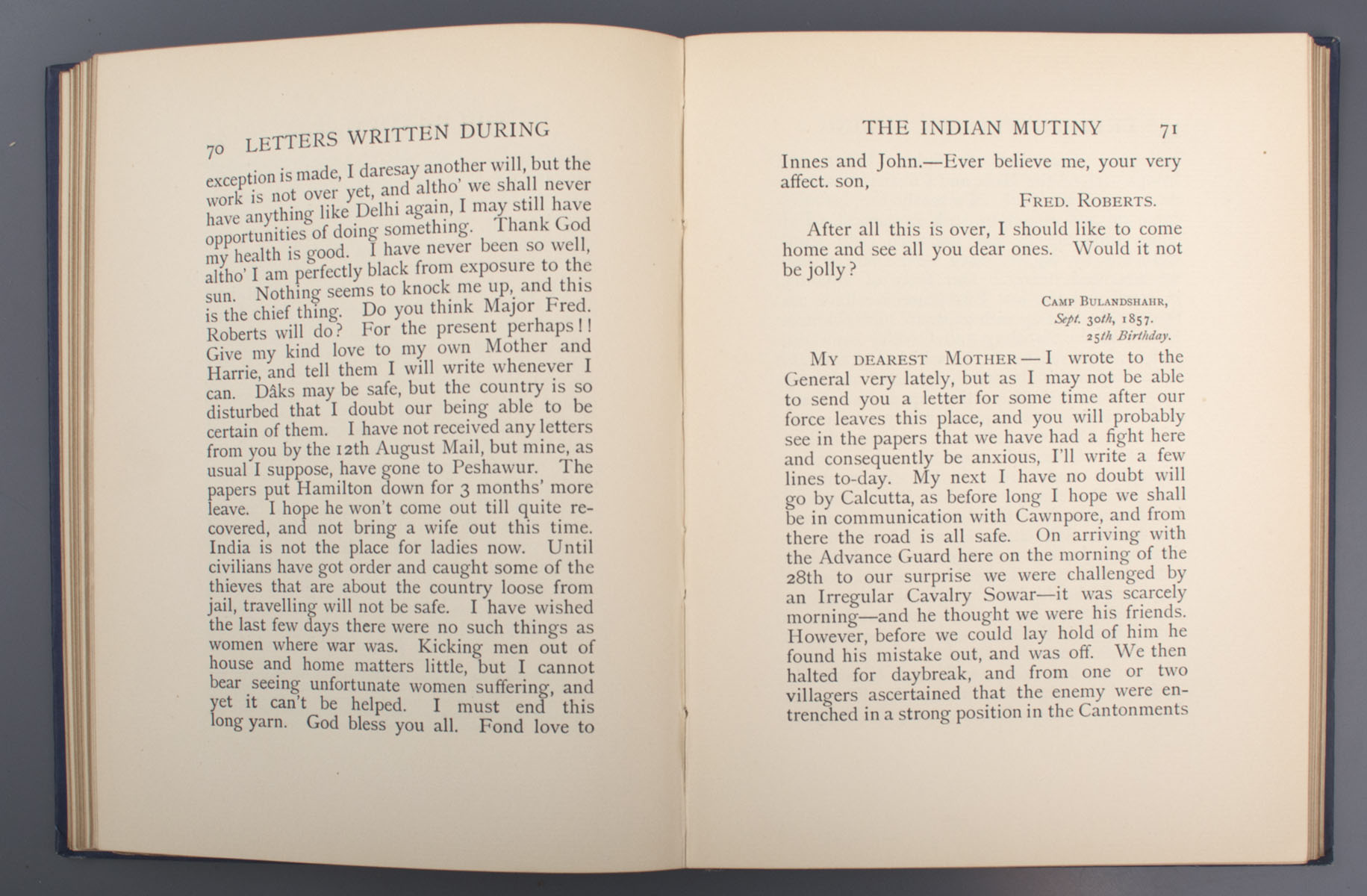 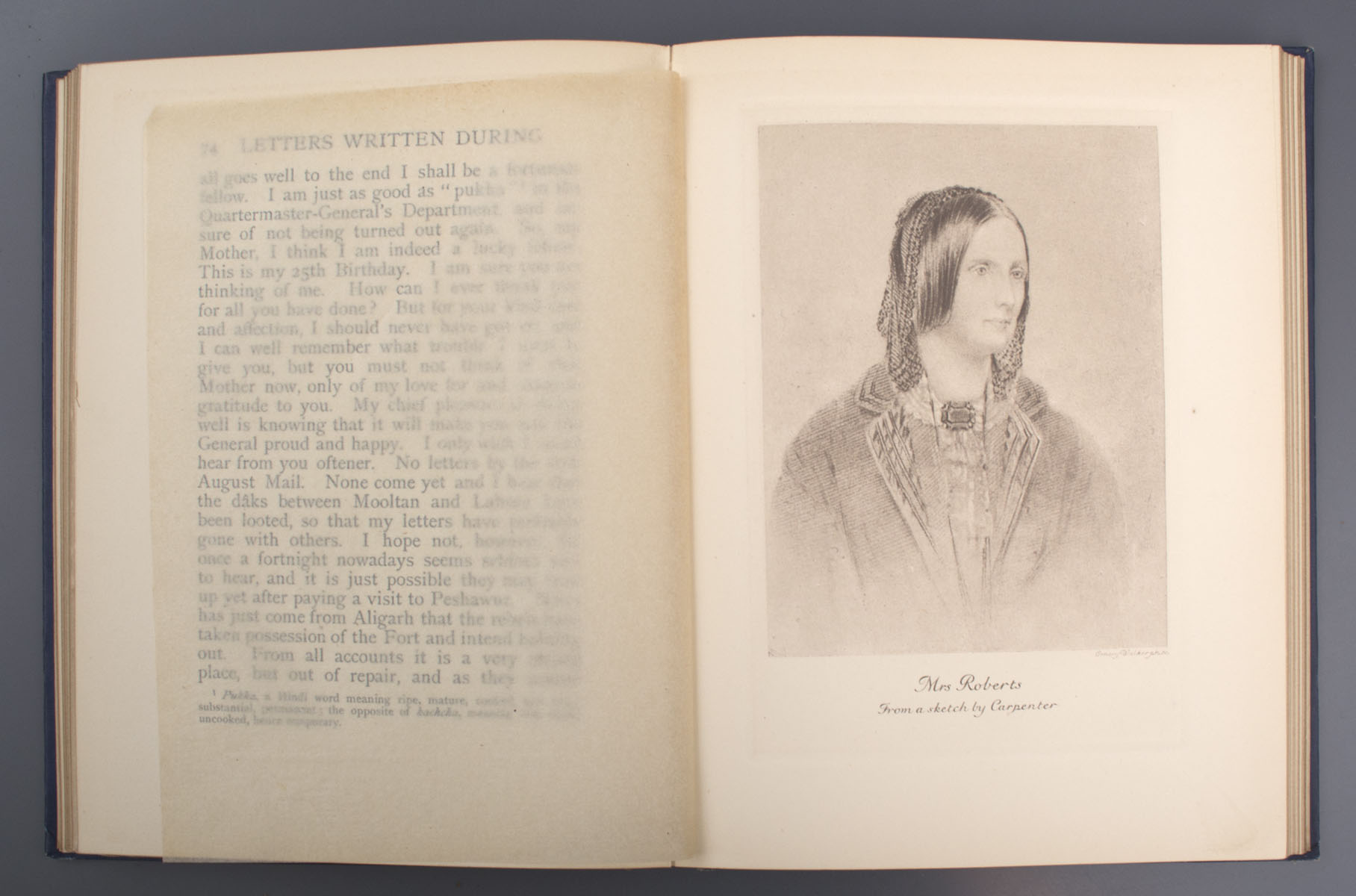 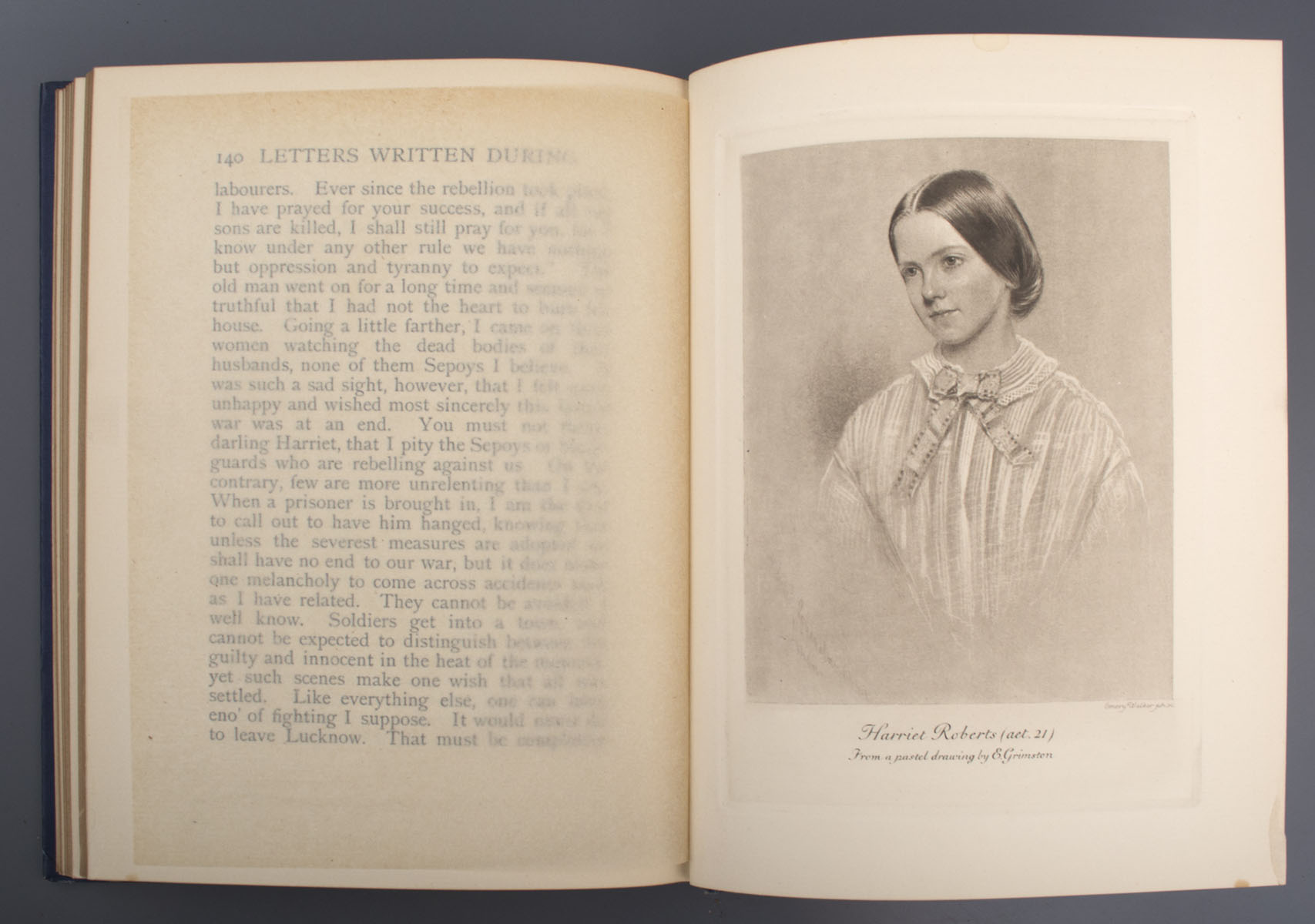 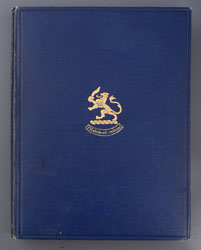 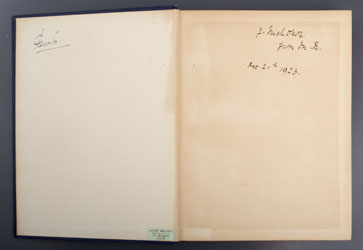 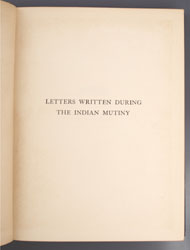 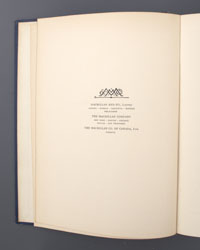 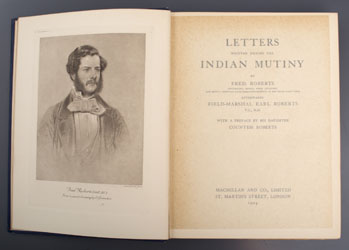 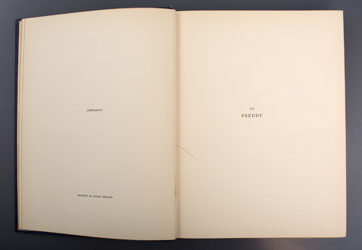 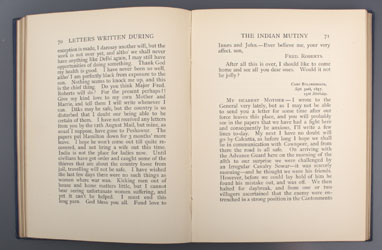 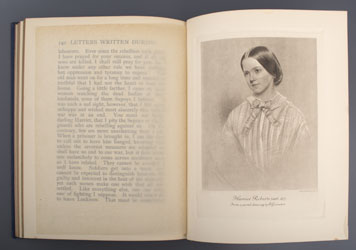 PROVENANCE
Private Collection
CATALOGUE NOTES
Published by Macmillan and Co., London, 1924.
First Edition
Dedicated to Freddy
Following the death of the Field Marshall Earl Roberts' death in 1914, a packet of letters came to light, which elaborated on the story of his personal experiences and adventures during the mutiny of 1857-58 as penned to his father, mother, and sister.