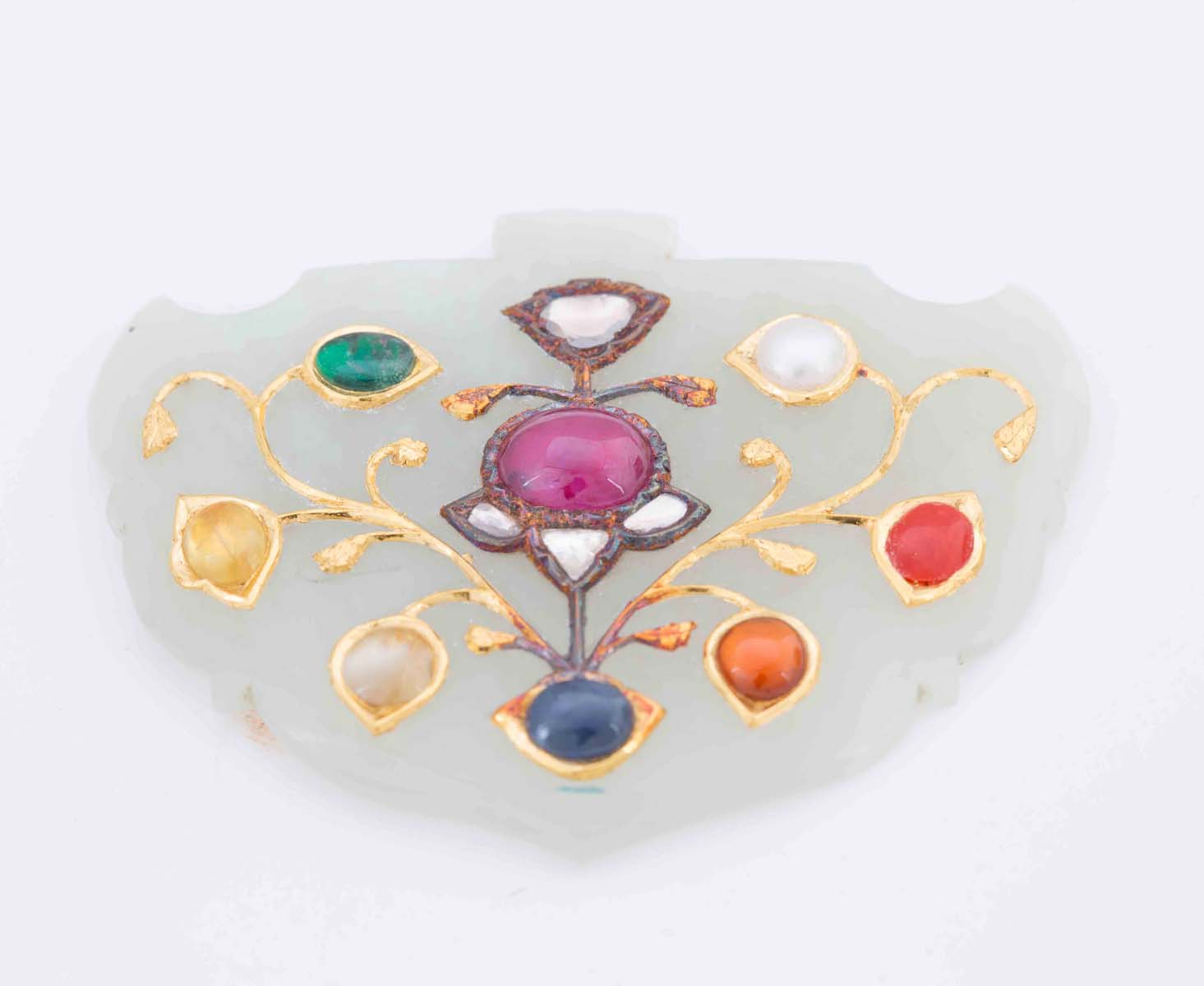 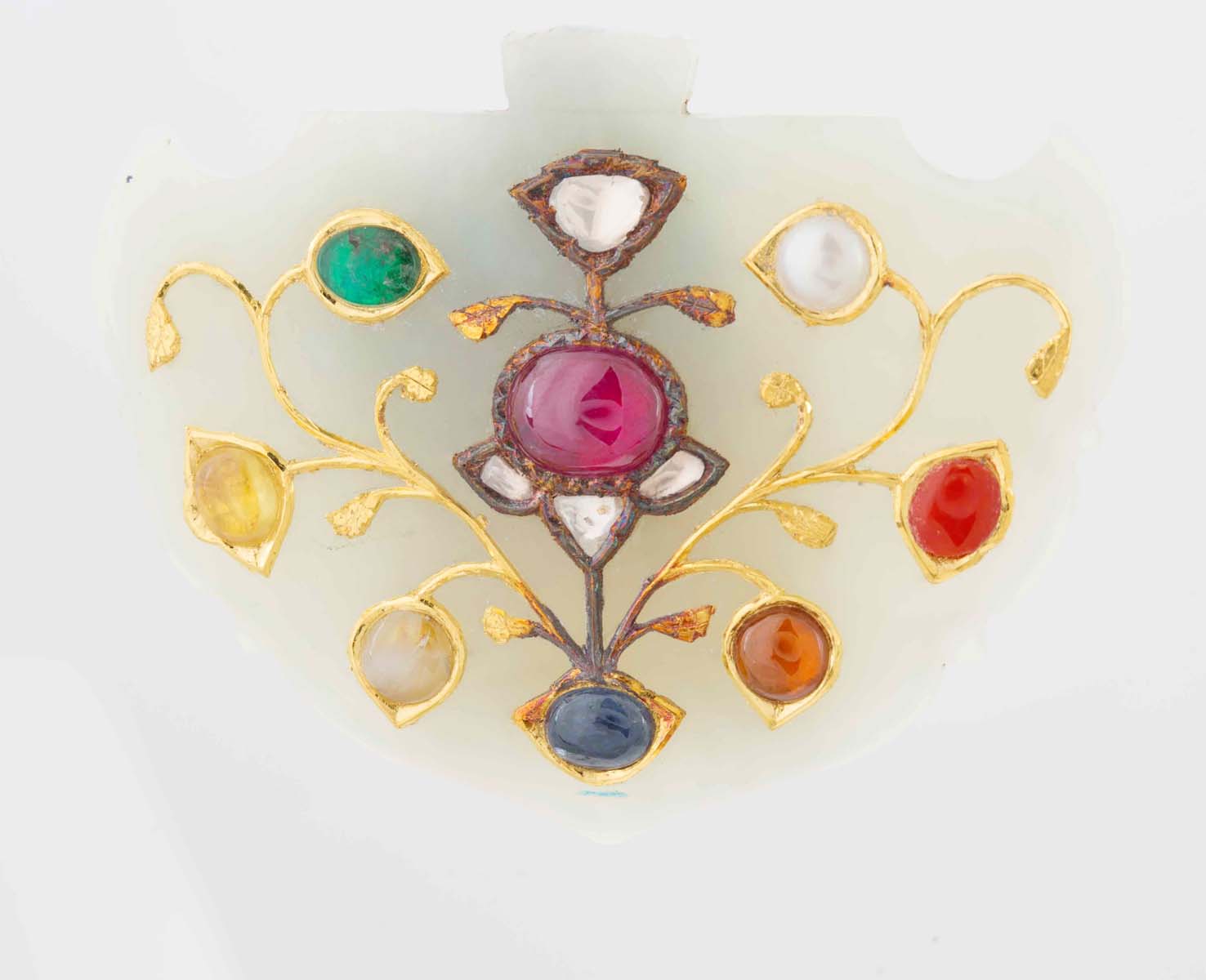 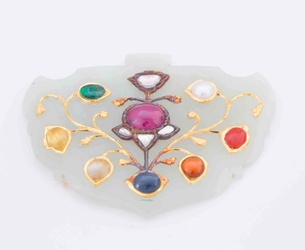 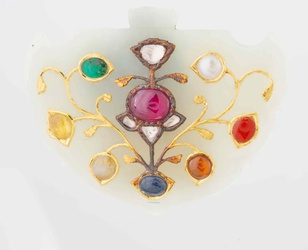 A semi-precious gemstone famed for its green varieties that comes in two main types: nephrite and jadeite.

The Nava Ratna arrangement is the gemstone concept of the nava ratna (nine stones) and their nava grahas (nine planets). The nine planets being the sun (ruby), Venus (diamond), Moon (pearl), Mars (coral), Ascending node (hessonite), Saturn (blue sapphire), Descending node (cat's eye), Jupiter (topaz), and Mercury (emerald). The traditional mystical arrangement of these nine gemstones is motivated by their mythological connection to the nava grahas, the nine celestial divinities, and their nine planets, working in unison with their specific planet to keep the universe in harmony.

A piece of jewellery attached to a necklace by a small loop. The name pendant originates from the Latin word pendere and Old French word pendr, meaning "to hang down."