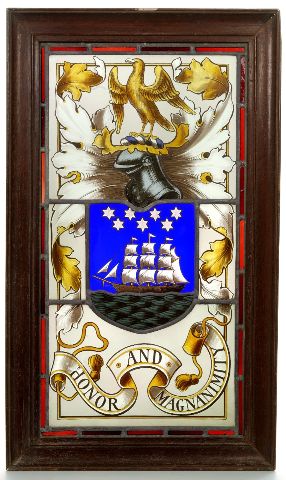 The Wadia name carries with it responsibility, for an ancestor was one of the founding fathers of the town of Bombay. In 1735, Lovji Nusserwanji, a foreman at the East India Company's shipyards, was given the task of building ships in Bombay and modernizing the shipyards. Under Lovji's direction, the protected east side of the urban peninsula was gradually developed into a functioning harbour area and an attractive port of call for international shipping traffic. In Lovji's wake, more and more Parsis, numerous business people among them, settled in Bombay. [1]

Lovji Nusserwanjee Wadia, a noted shipbuilder founded the Wadia Group in 1736. Drawn to Bombay's social environment, Lovji along with five family members transformed Bombay into one of the most prominent harbour towns in Asia. In the 17th century, Wadia moved to Mumbai from Gujarat to make the first Indian ship for the East India Company. The Wadia family aimed to develop Bombay as its business hub.

Lovji Wadia progressed the Wadia shipbuilding dynasty after accepting a contract from the British East India Company to build docks and ships in Bombay (now Mumbai). And in gratitude to Lovji's contribution and achievements, he was awarded the title 'Wadia' - 'Master Shipbuilder' - and gifted several plots of land. Bomanjee Wadia - the grandfather of J.B.H. and Homi Wadia, was the last in the family to work as a master shipbuilder for the East India Company.

The Wadia family gained fame as one of the pioneers of the Indian shipbuilding industry. By the 1840s, the Wadias had built over a hundred warships for Britain with many trading networks worldwide. The Wadia family built the oldest surviving British warship - HMS Trincomalee that stands tall even today.

J.B.H Wadia and Homi Wadia - the great-grandchildren of Lovji Wadia set the foundation for Wadia Movietone in 1933. J.B.H. Wadia carved a name for himself in the Indian film industry towards the end of the Silent Movie Era in 1928. In 1933, J.B.H Wadia established himself as the producer-director-screenplay writer of Wadia Movietone.

JBH as he is popularly known is a scion of the illustrious Lovji Wadia family of Master (Ship) Builders to the East India Company and then the Government of India. [2]

A man of multiple shades, J.B.H. Wadia's films were also experimentations in various fields of art such as music. This is why he would personally look after the music used in his films. His dedication and interest in all facets of filmmaking would reflect in his movies. Homi Wadia, his younger brother joined him a few years later and took up the task of directing. Jamshed had already produced Vasant Leela in 1928 followed by 11 other silent movies at the Kohinoor Studios in Dadar and also under Deware Laboratories.

Wadia Movietone established in 1933 by the Wadia Brothers became synonymous with action-packed entertainment. This was also the time when the popular Indian aesthetic was emerging in the field of cinema. Wadia Movietone was one of the first studios in the 1930s to achieve success through the production of stunt films. In the year 1933, J.B.H Wadia produced his first Talkie movie Lal-E-Yaman,  after taking inspiration from the Orientalist fantasy world championed by the Arabian Nights with a Shakespearean touch. The film was a romantic drama that soon gained even more popularity than India's first sound picture Alam Ara.

The monetary success of Lal - E - Yaman motivated the Wadia Brothers to gain back the acquisition of their palace-like family home Lovji Castle and refashion it into a studio. Over six melodramas were filmed subsequently at the castle's generously spaced rooms amidst the lavish labyrinth of the glorious terrace and balconies. The Lovji Castle also welcomed many a Hollywood star including the idol of J.B.H.'s youth, Douglas Fairbanks, past the summit of his career in 1934.

Their unique family history is displayed through a sailing ship as their studio emblem. And as J.B.H. Wadia beautifully puts the journey of the 'Wadia ship' in words:

Suffice it to say that we had to encounter the usual obstacles that are an inalienable part of any pioneering effort. Many of them were surmounted, in other cases, we went under. Many a time the winds veered and the currents shifted but on the whole, the Wadia ship managed to steer clear of all the storm and stress and, at last, touched harbour in fair safety, if not with full strength. [3]

[3] Text of Producer J.B.H. Wadia's speech at the Luncheon given at the Taj Mahal Hotel, Bombay on 2nd October 1942 on the occasion of The Court Dancer screening.

Steeped in film history, Riyad lovingly collated the Wadia Movietone archives for future generations to draw upon, and in his private capacity collected and curated as many posters, booklets, and other Indian film memorabilia as he could, preserved by his mother Nargis Wadia and brother Roy Wadia. This collection primarily pertains to Wadia Movietone but also represents other studios - from purveyors in Lamington Road and other noted cinematic inventory spots across Bombay.

A compilation of posters and songbooks from Bollywood's most memorable hits at the box office such as Sholay, Pukar, Manzil, and Sangam.

J. B. H. WADIA AND WADIA MOVIETONE BY SHYAM BENEGAL