Philately or stamp collecting is a great hobby as it is an interesting mix of history and technical studies. The usual areas of interest among collectors include the early issues of a country/state or errors.

Phillip Kinns, the director of Philately, the foremost expert in Commonwealth philately at Stanley Gibbons read my research and said "Mr. Chatterjee, you have proved the existence of a different printing, but for us to change the Catalogue listing, and list these new stamps as the first issue (and thereby change the entire catalogue for that state), a plate study is required". Of course, when so few stamps are known - possibly just 2/3 of these early issues - a plate study is impossible!

Luckily for the catalogue, which would have otherwise needed a re-write, all the stamp issues would have to be re-numbered which would create some amount of havoc! So the research had to be concluded with the agreement that a new printing (with different features) has been documented but that some further research is needed to change the catalogue, and give these stamps the official SG1 (the first issue of a country) status. Thus they are currently referred to as pre-SG1 issues.

Art and Stamp markets are similar, there are exhibitions and auctions. Spink & Sons are probably the most well-known auctioneer in this space. Though every few years, you do see some rarities offered even at the more familiar auction houses like Christie's or Sotheby's. The high end of the market would currently be somewhere around 1.5 - 2 crores for the inverted heads and the Gandhi Service stamps. 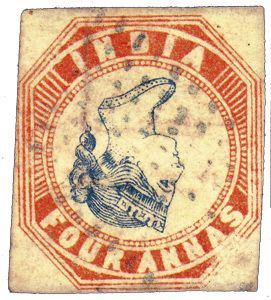 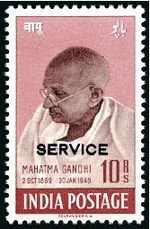 Likely only a handful available for private collections 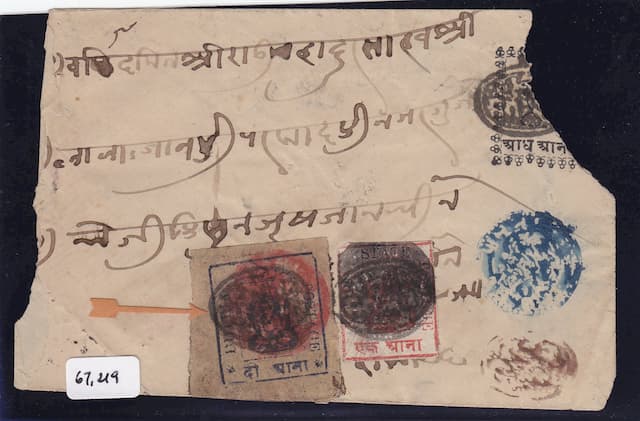 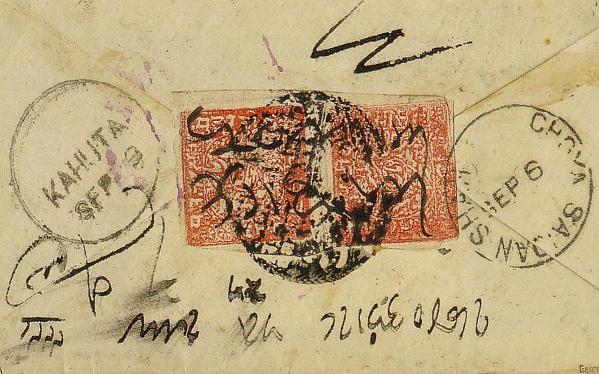 Pair of Poonch SG1 with one stamp printed sideways, used on cover c1877

Not withstanding the specialist knowledge and technicalities, there are catalogues that document every issue (like a catalog raisonne in art). There are also expertizing authorities (eg. IFAR in art) like the Royal Philatelic Society of London or the British Philatelic Association that give written opinions.

Similar to the argument that is made for Indian art and antiquities are that these are way undervalued as compared to say Chinese art, and the same argument applies to Stamps. 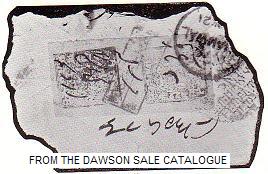 The above Poonch SG2 (implying the second issue) pair was exchanged between Duke Phillipp von Ferrari and Tapling for a Mauritius Mint Post Office 2d. This exchange happened in the late 19th century and among the two most knowledgeable and passionate collectors of that time. As of today, a Mauritius Mint Post Office 2d is probably worth a million and the Poonch pair possibly around 30,000 GBP.

There is an element of the fact that Mauritius is a country; however, that Poonch is no longer an independent Princely state and is essentially a district in India. But the story of this exchange gives you an idea of the relative importance of Poonch vs Mauritius in the late 19th century and the under-valuation of these in the current market.

In the research article below, "SG" implies Stanley Gibbons or the Stanley Gibbons catalogue. "Perf" refers to perforation. "Th" refers to the Thirkell position scale used in dividing a stamp into a matrix for identification of features. "PJI" refers to Philatelic Journal of India. 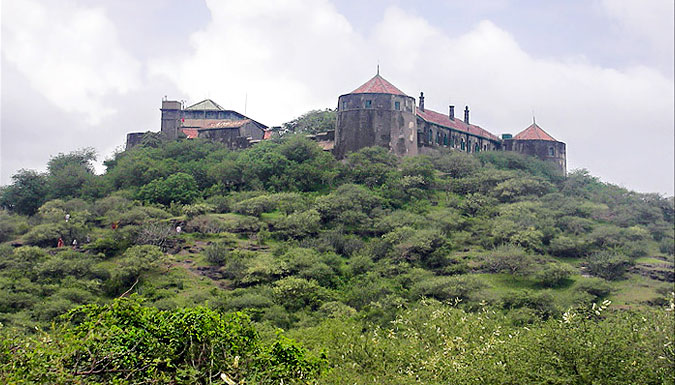 My entire article on Jasdan pre-SG1 is replicated below (published previously in a philatelic journal). It gets detailed and will not be very readable to the uninitiated - the intent is simply to give you a flavour of research in Philately.

Jasdan stamps were first documented in June 1943 (PJI) by Stoney where it was mentioned that “Rev Romani during a recent visit to Kathiawar discovered the existence of a new stamp issuing state named Jasdan”. This stamp is documented to be of color deep myrtle green.

In a follow-up article (also PJI), it is mentioned that subsequent to the first finding above, a sheet of (what is currently) SG3 was obtained (the flaws and the spacing of this sheet are detailed). Subsequently (what is currently), SG4 was also obtained in which the order of the clichés was changed from AB/CD to AC/BD.

Further research and findings were published by Mr. Medhora in various articles in the 1970‟s. In these articles, it was shown that a postal scheme was approved and this “Hazurs Order” was sent to all relevant officials within the state on 22-1-1942 with the intent to inform them of this new scheme. It is also documented that prior to this, an order was placed with L.V.Indap & Co. for printing of the Darbari Tappal (i.e. State Post) postage stamps. That on 6-3-1942 various officers belonging to the twelve groups of villages created under this postal scheme were informed that the postage stamps would come into force on 15-3-1942. The date of 15th March 1942 is also validated by a further letter from the Dewan of the state.

It should be noted here that, from the two series of articles above, the stamps of Jasdan were discovered, and first documented a year later than the inception of the postal scheme!

While a part study of the clichés was done by Stoney (PJI June 1948), it was only in the excellent article by Derek Bates in India Post (Feb 2002) that this study was made more thorough. This cliché study also forms the basis for the new discoveries. It should be noted, that for Jasdan it is the settings and the flaws that help to primarily distinguish between the various printings followed by the color/shade which can vary somewhat within an issue/printing (particularly in the later issues).

It has been documented that all clichés of SG1, SG2, SG3, & SG4 (though SG4 is usually over-inked) including the sample on the “proof sheet” show flaws a, b, & c where:

c) a small colored protrusion on the right-hand frame just above the rosette (Th. E8) and frequently a second smaller one 3mm below.

While the flaws a), b) and c) above are common among all the first four issues (SG1-4), individual clichés of the various printings have their own flaws/features which helps to clearly identify them.

- The close setting/spacing between stamps

- Individual flaws have been identified in two of the clichés

Cliché 1: The top frame may show as two thin lines instead of one thick one

Cliché 2: There is a colored flaw like a reversed „L‟ across the top frame and the right frame of the top left value tablet (Th. A2)

Cliché 2: In the solid background below the top left figure „1‟ to the left of the second diamond, there is a very small „nick‟ (Th. C1). Image Below

Cliché 4: a white flaw across the character immediately below the left-hand rosette (Th. F2)

The finding that an issue existed prior to the current myrtle green SG1 is based on the study of two covers. The first has a cliché 3 stamp and is dated (on arrival?) 16 April 1942. The second has a cliché 2 stamps and is dated 18 April 1942. The analysis of this cliché 2 stamp is central/critical as the cliché 3 stamp does not show cliché specific/positional flaws. The first of the covers is ex-Bates, the second is from a different source. The cover dated 16th April 1942 is documented as being SG1 on cover (in Bates article) – being a cliché 3 stamp it did not exhibit any further cliché specific flaws to distinguish it from SG1 (other than the color being dull green).

To prove that the two covers bear stamps of a different issue, it is necessary to differentiate them from both SG1 and SG3 (two of the early issues and with the same perforation) by a study of settings, cliché flaws, and colour.

Differences in setting, flaws and colour (pre-SG1 vs. SG1 and SG3)

Why they are not SG1: Firstly the color – which is distinctly dull green and not myrtle green. Secondly the SG1 Cliché 2 Flaw consisting of the reversed „L‟ does not exist in Th. A2 (in the cover dated 18 April 1942).

Why they are not SG3: SG3 stamps have wide Setting – the stamps on the covers have close setting/spacing between stamps. Secondly the SG3 Cliché 2 Flaw – a small nick in Th. C1 is not present

The stamps on the two covers dated 16 April 1942 (cliché 3) and 18 April 1942(cliché 2) can be described as dull green, perf 10.5, close setting/spacing and are not the same as either SG1 or SG3. SG2 was a vertical printing (as evident from the sheets), imperf on both the left and the right, with a different perforation and can easily be distinguished as different.

The usage within a month of the official start of the post office is a very strong indication that these were the first stamps of Jasdan. The earliest myrtle green SG1 usage appears to be recorded only in 1943. Since the Jasdan stamps were discovered in 1943 at which time the myrtle green stamps were already in use – it is unlikely that any mint pre-SG1 stamps be available.

The chronology may be summarized as follows (mostly from Bates):

Is SG2 the first issue as mentioned in the Bates article? – the evidence is circumstantial at best (as alluded to by Mr. Bates as well). An assumption is made that the INDAP sheet is a proof sheet and printed prior to the issuance of Jasdan stamps in March 1942. This assumption is furthered by the existence of an imperf sheet of SG2. However, there is no documentary evidence on the date of issue of the proof sheet. This assumption starts from Mr. Medhora‟s article (Some Interesting Items of Jasdan) – where he mentions in an inventory “Sample stamps of court fee, revenue and postage in imperforate state, sent by printers to the Jasdan Postal authority before the printing work was undertaken.” – But again no evidence exists (none was mentioned by Medhora) as to when this item (proof sheet) was issued. The format of this proof sheet is an interesting one and is distinctly different from the usual INDAP sheets in existence which usually contain specimens from a few states on a single sheet. The existence of at least a couple of revenue samples/specimens of the carmine stamp (which were created at separate times) could mean that perhaps the “INDAP proof sheet” was created in-between some of the printings – however no conclusions can be reached.

The dates of usage of the pre - SG1 covers is very compelling and, among other reasons in my opinion, makes the order of issuance almost certain.