Steinway &  was established in 1853 in Manhattan by a German piano builder named Heinrich Engelhard. Steinway has since become well known for producing and inventing new techniques ever since they started the business. Today, they are arguably one of the best piano manufacturers in the world. 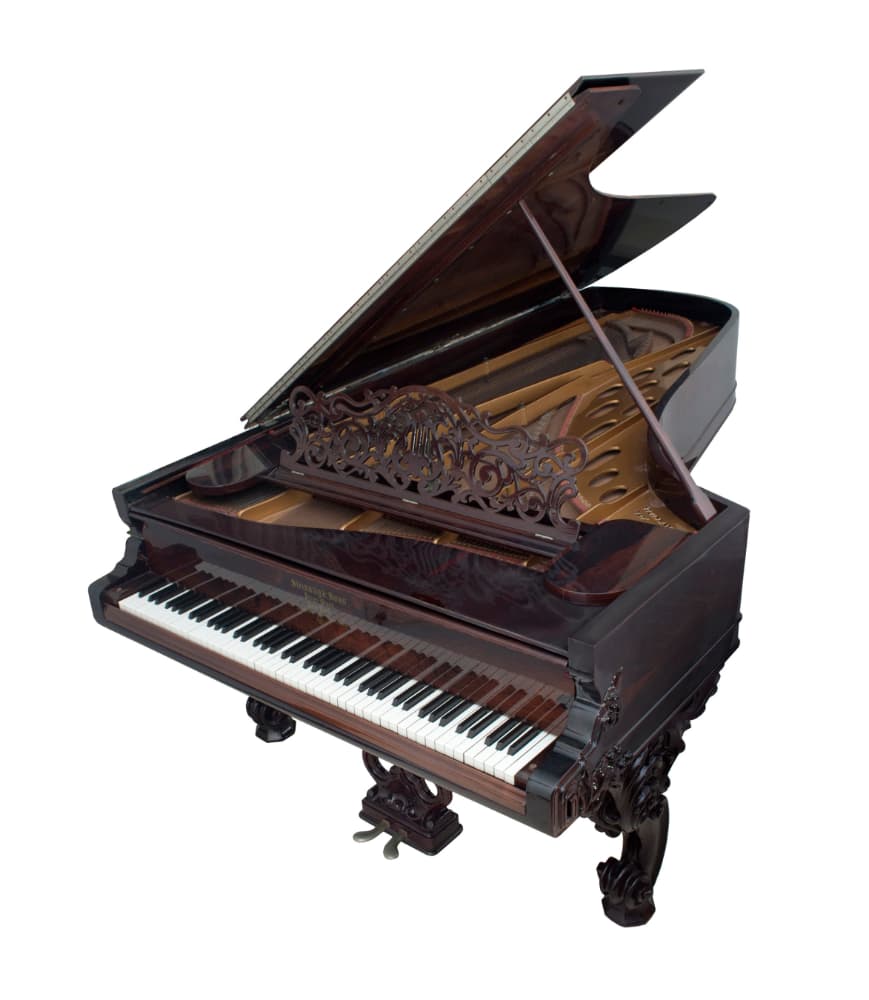 This particular piano, serial number 8592, was made in circa 1864. It is a Model D Concert Grand. At 8' 11¾" (274 cm) in length, this musical instrument is often used at large concert . In fact, the Juilliard School has many practice rooms, concert halls,  studios that are equipped with Steinways. Today, Steinway & Sons have opened up in London, Berlin, Hamburg, Munich, Vienna,  Chicago. 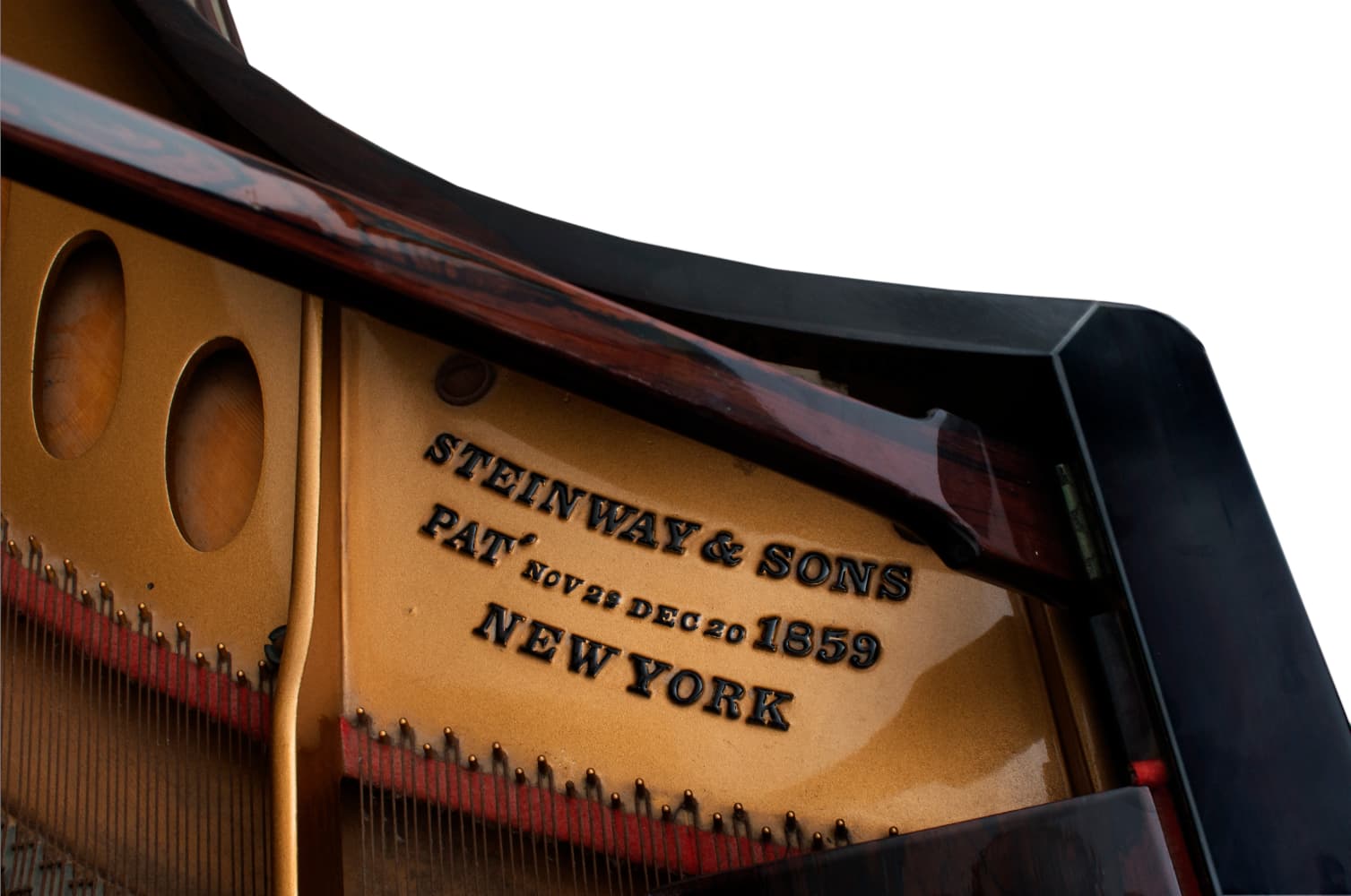 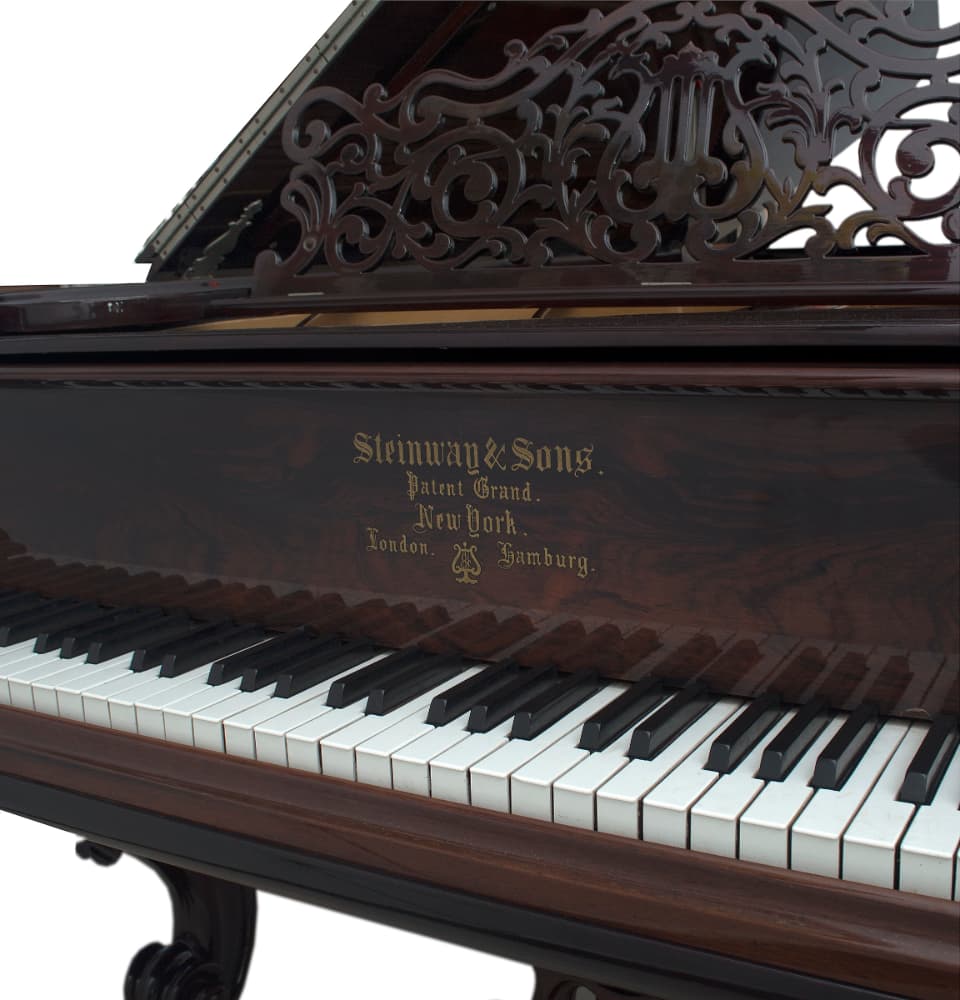 The art case cabinet features rare figured Brazilian Rosewood – a wood that is no longer in use in the piano industry today due to its endangered status. Steinway eventually ceased the ‘regular’ production of Rosewood grand pianos in 1890 and moved them to special order only. However, since the was manufactured before 1970, it can be exported with a CITES certificate. 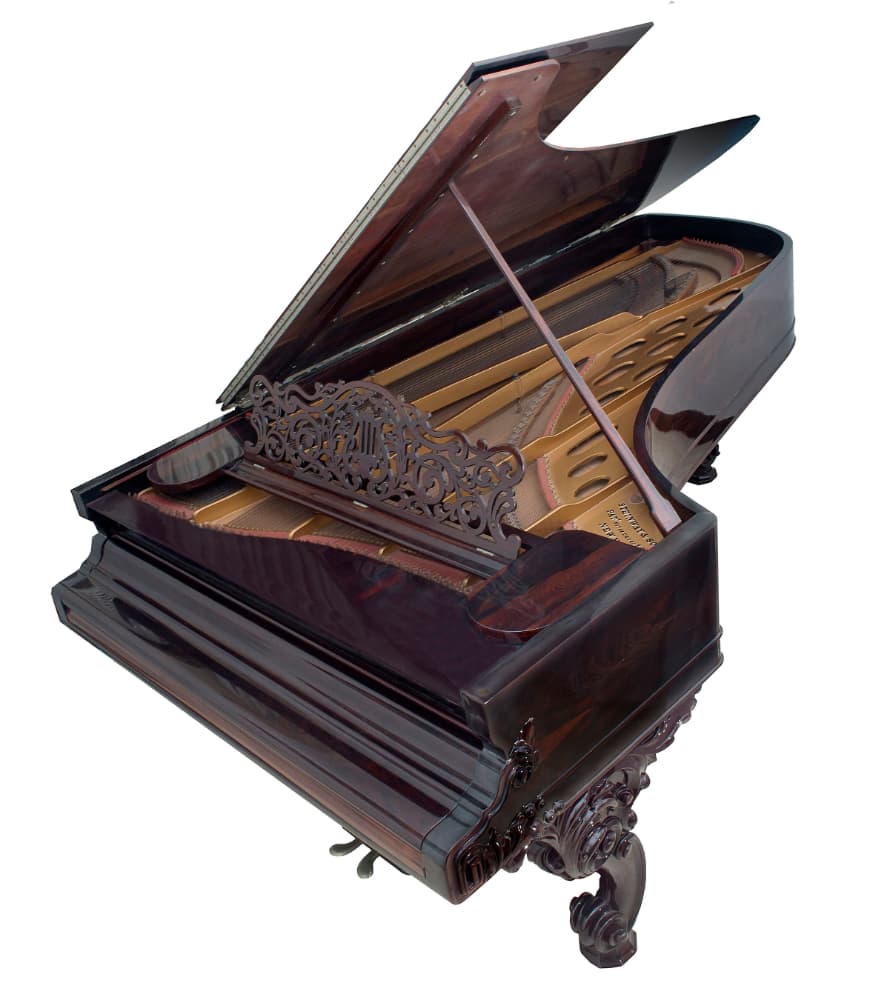 The piano is made of rosewood case containing an inventive cast-iron frame held aloft by three ornate legs. The art case hand-carved cabinet is in typical Victorian styling. The carved serpentine legs and pedal lyre are heavily detailed. The first art case piano was created in 1857 with a lavishly carved case and legs. The piano with Serial #1225, is believed to be the first-ever Steinway Art Case piano. An incredibly high level of woodworking skill and overall craftsmanship is evident in every Art Case Steinway Piano. Luxurious woods and detailed hand carvings speak of elegance and an uncommonly superior standard of work. 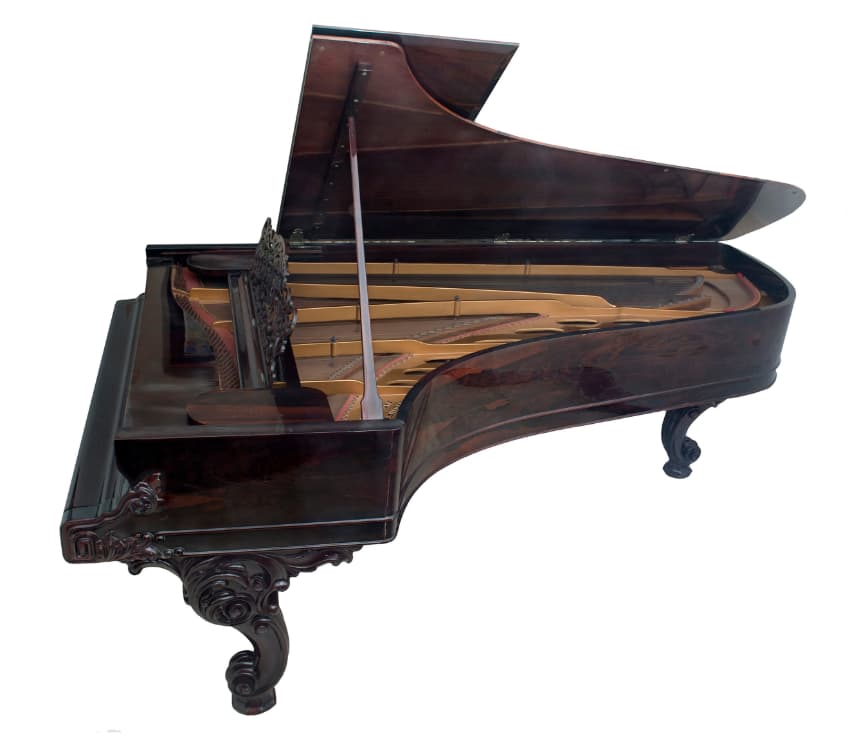 The grand piano is an overstrung design, in which the bass strings pass over the treble strings. On December 20, 1859, Patent #26532 was granted to Henry Steinway Jr. for the Plate, the longer bass strings were drawn over sections of other strings. Throughout , the grand frame piano is considered to be one of the most important developments since the invention of the . The Overstring design gives longer bass strings providing richer sounding, truer bass notes as well as a sturdier construction. (Source: Steinway and Sons Catalog 1881.)

As a world-famous concert pianist, over a hundred years ago, once “I did not choose a Steinway, a Steinway chose me.” 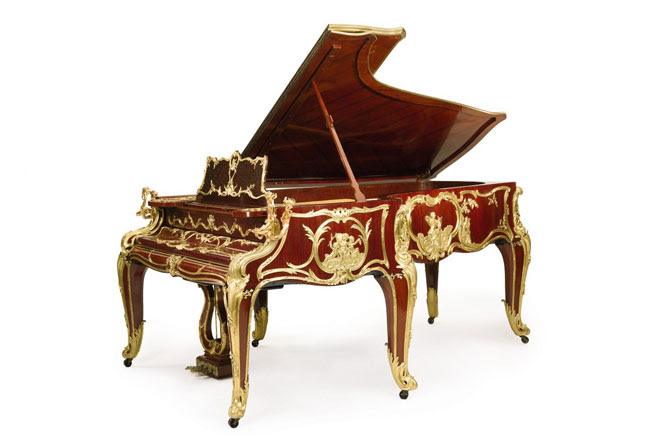