Ram Kumar : Mazes of the Mind

Ram Kumar was an essential part of the first generation of Indian artists.  He was born in Shimla, Himachal Pradesh in 1924 and was a member of the Bombay Progressive Artists Group along with other popular artists like Husain, Raza,  Sadanand Bakre.

In 1961, Ram Kumar was in Ranikhet for six months and painted landscapes. What makes this work exceptionally unique is how both the figurative blends in with the abstract in one image titled, "Mazes of the Mind". The reference to the word 'mazes' has been made by Richard Bartholomew, in The Art Critic, pg. 135 which is explained further in another essay in the same book, ‘The Abstract Principle in the Paintings of Ram Kumar’ on pg. 538. “The themes are not people or mountains or streets or trees or rivers or . Large themes, the paintings are bird-eye views of large tracts of nature. Things are seen from a height, and from a great distance. Hence the element of mist and of mazes. Amongst all these mazes are the remnants of some mystical figurative forms, but the people have disappeared in their entirety. The years from 1960-64 comprised of predominantly ‘grey’ period, the sternest and the most austere in his career”.

He started painting largely figurative works till the late and continued to make landscapes after that until his demise in 2018. His paintings would slowly to depict fewer figures with a background that consisted of a blank spatial area. The human condition is the main concern of Ram Kumar which manifested in his early works by the alienated individual within the city. Some of his Varanasi works were shown with its dilapidated and houses which represented a sense of hopelessness. Increasingly abstract works are done in sweeping strokes of paint evoke both exaltation of natural spaces and  violence within human habitation. 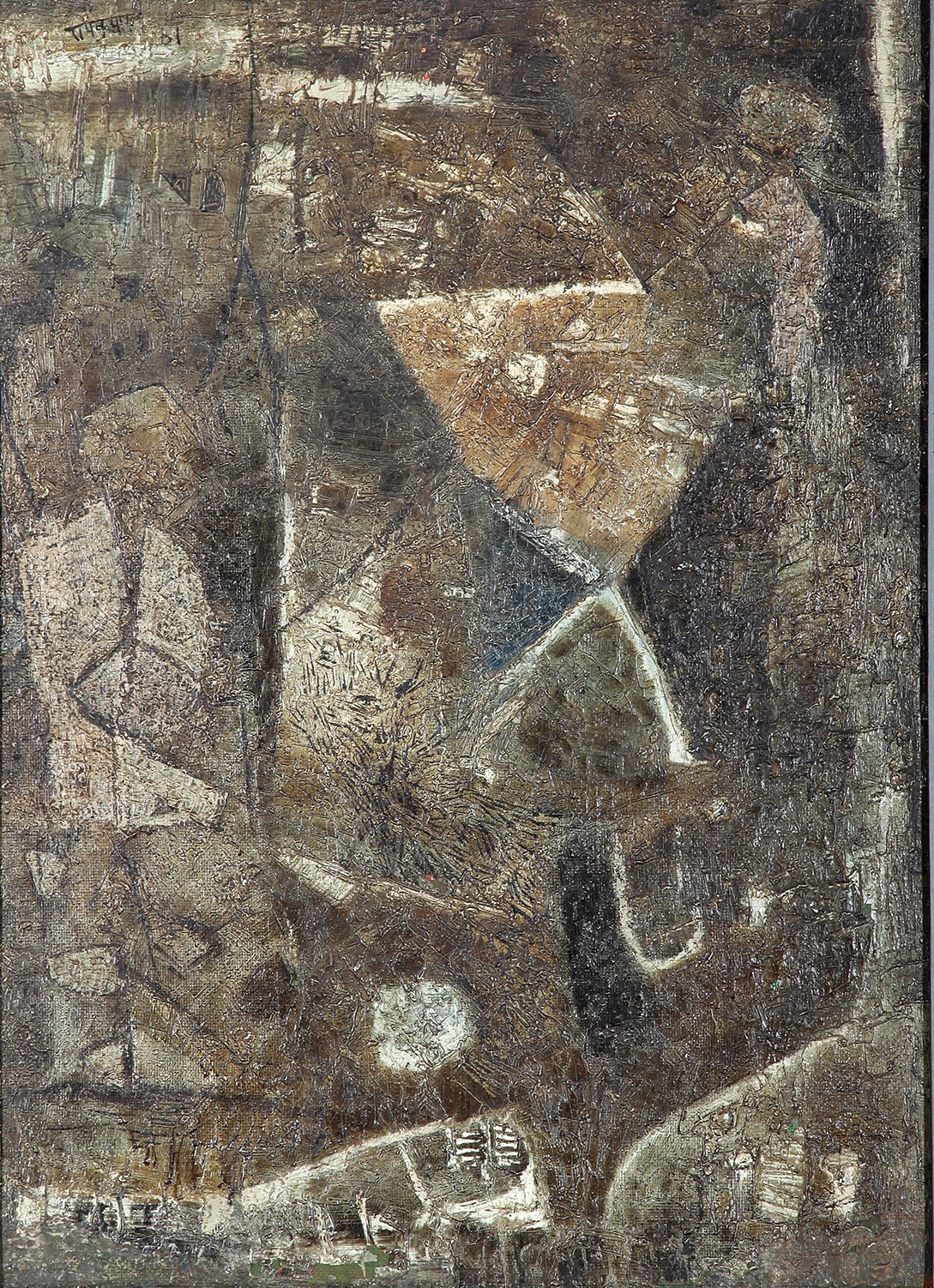 This oil on board double-sided work has been signed and dated as 1960 on the figurative side and dated as 1961 on the abstract side. Presumably, Ram Kumar completed it one after the other. This was right before his trip to Benaras for the first time with fellow artist M F Husain and Sripat Rai. Therefore this work is special as it formulates a transitory phase in the artist’s journey from figurative to abstract. Inspired by his time spent in Shimla as a , his landscapes are bare and lonely, depicting isolation and fragile of the artist. The illusion of time and solitude is considered to naturally given; not as human deprivation but as a state of being. Ram Kumar could take part in this and separate sense of being lonely and being alone. He played with the idea absence; an absence that was had meaning and was resonating with ideas. 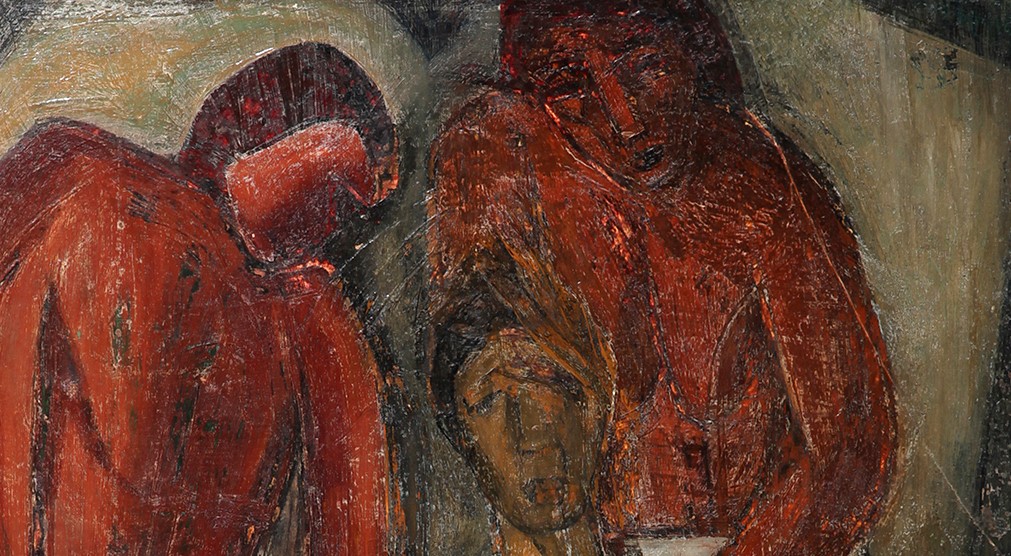 The figurative side, comprising of three figures is equally interesting. Here the two adult figures are clearly nurturing the child empathetically. The gesture of the hand suggests protection and quality of compassion and positioning of the figure in yellow indicate age. The brown and used is typical for Ram Kumar for his figures.

This brought about a social predicament in the way he rendered his figures like primitive drawings with naive expressions.

Similar to some Western abstract expressionists like Hans Hoffman, and Barnett Newman, Ram Kumar along with V. S. Gaitonde made a significant contribution to the ‘abstract’ movement in the east, forty years later. The influence of cubist masters such as Andre Lhote and Fernand Leger during his studies in Paris in 1942 - 1959 where individual elements of the composition were , reordered from multiple perspectives and synthesized into a  structure. 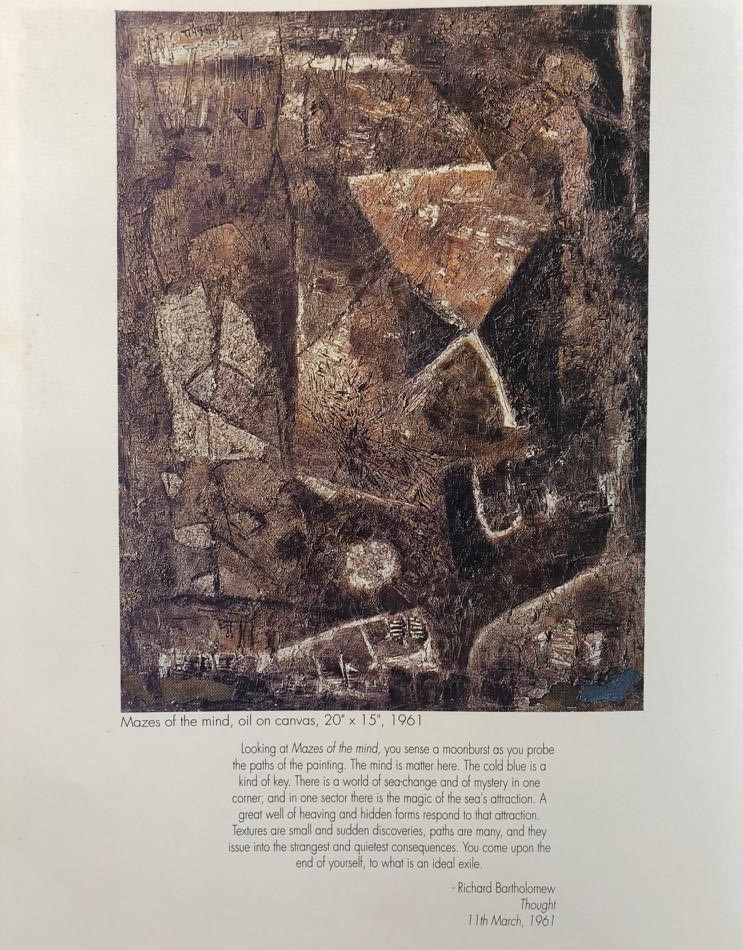 Richard goes onto reiterating that, “We have to remember that except for Gaitonde, Ram is the only painter of that generation who has not returned to figurative painting after 1960.” That is what makes this work exceptional. It is the only double-sided work that has been found so far. 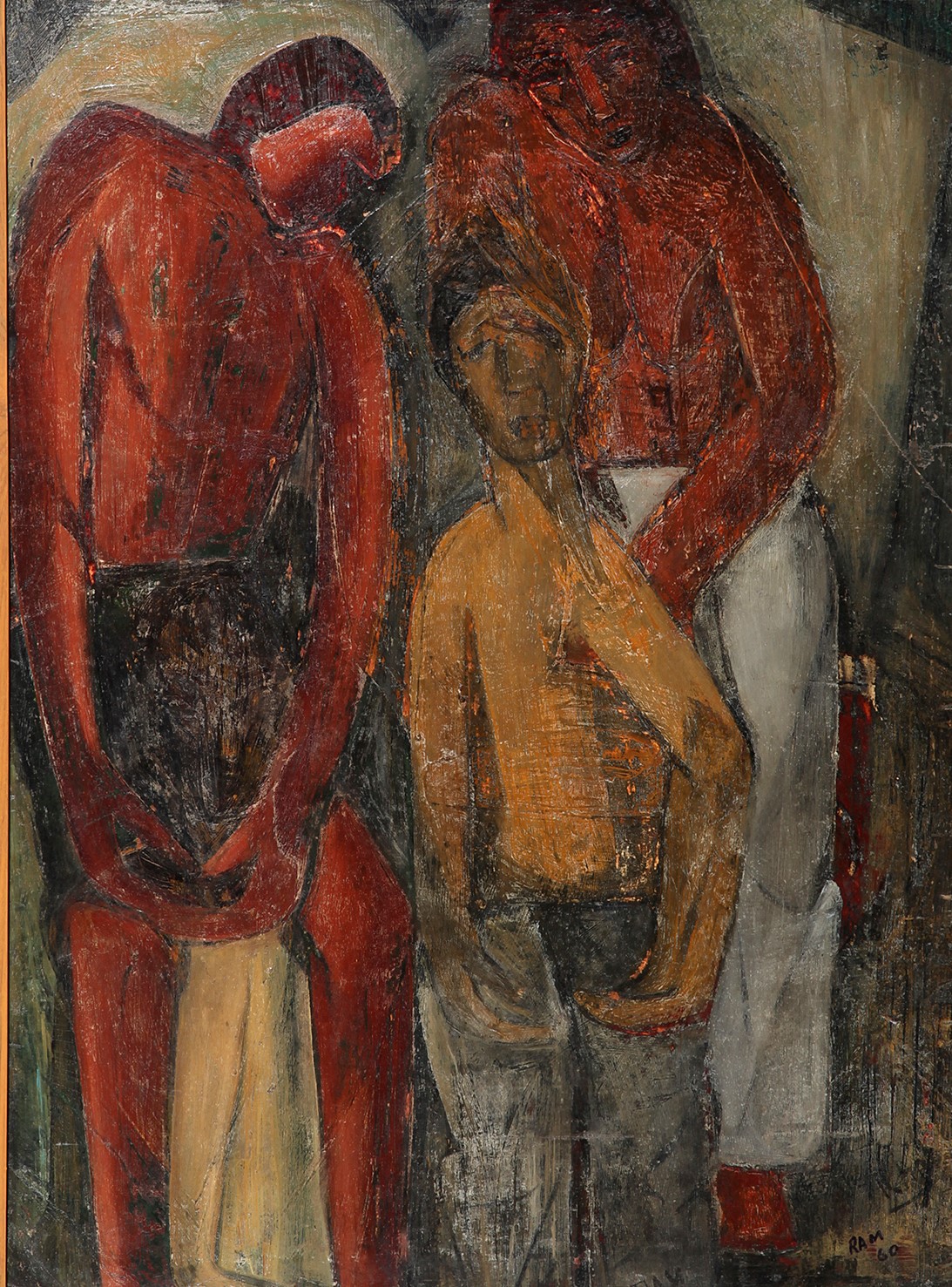 Mazes of the Mind / Street Urchins