As a collector, it would be a common thing to ask, which are the best works of India's esteemed artist, M. F. Husain.

Furthermore, it would be even easier to question the author of any such post - "How do YOU know which are his best works?"

What is the definition of "top" or "best," "your aesthetics may be different from mine." Size does not matter. "Thick Impasto" and "Apparent Time Spent to Create An Artwork" does not necessarily mean good. Earlier works (prior to commercial success) may not be the best. Works on paper may be better than works on canvas.

Especially with Husain, this is a problem as he was prolific over quite a few decades and produced a lot of works (some say 60,000+ ).

To compound the problem, there is usually a difference between the art critics' eye and the collector's eye, and both vary based on how one was introduced to art and the collection and their choices and aesthetics. Western aesthetics are very different - some would say more evolved especially when it comes to modern art. 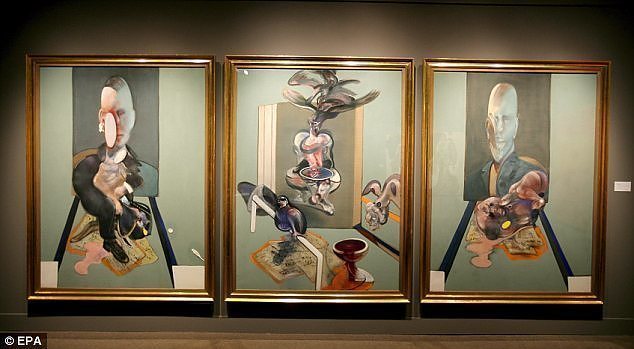 Russian billionaire Roman Abramovich bought this for his Girlfriend for $170 Million!

As a side, it is nice to study the ecosystem of the sale of the work shown above to gain insight into the art market. Sold by a consignor in Mumbai to a dealer in Delhi, consigned to Saffron Art in their September 2015 sale, bought by a dealer from London and then re-sold within a month to another collector in London who interestingly knew the original consignor and sent him a "see what I just bought" message.

What's the point of all this? The point is to illustrate the fact that Husain's art was very people friendly, easy to display in our homes, his works were not meant to please any art critic but the consumer, the local or the NRI and he was very successful at that. There is a famous cliche in the market that "Husain was the best marketer of his own art." So in deciding what the best works are, we can rely on the fact that critics don't buy art, collectors do and some research into what has been selling well at auctions will give us a good insight into which are the good artworks of Husain. Regarding Husain, we should accept the relationship between auction sales and his best works because his works were always generally "easier to digest" and a critics' technical and academic opinion is almost immaterial here.

I have broken it down by year to avoid the problem of comparing across market conditions. 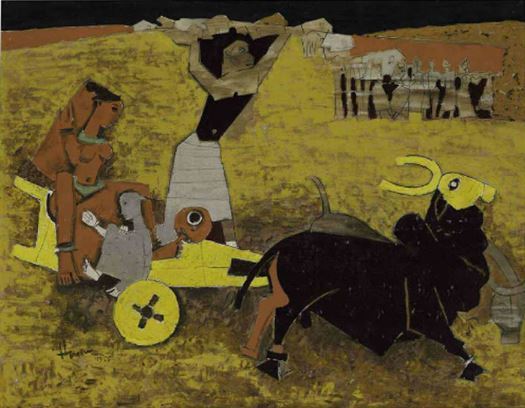 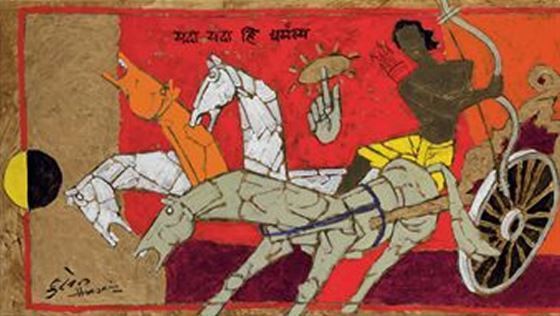 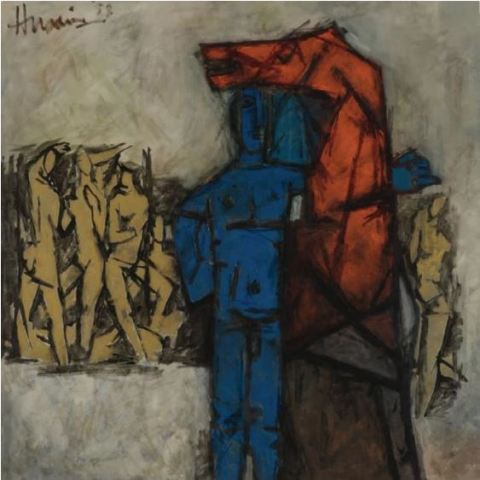 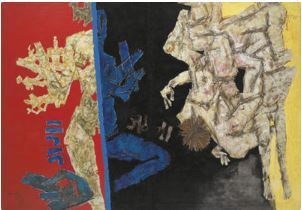 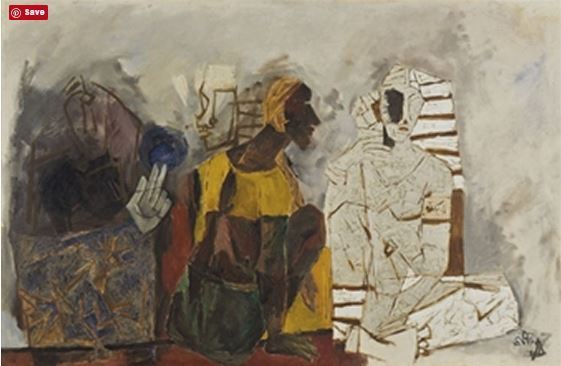 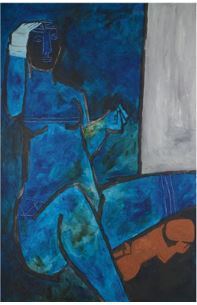 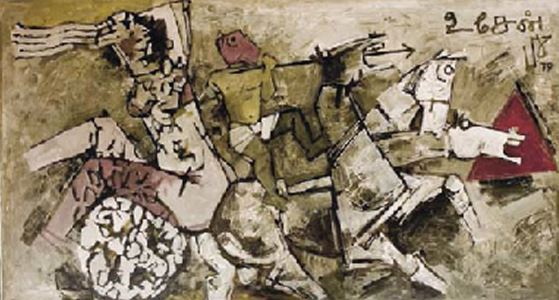 Many large-format works exist post-1980s, many of which were commissioned. These do not seem to be particularly desired by the auctioneers or the collectors who buy from auctions.

If one were to try to reach a conclusion, create a thumb-rule (which should definitely be avoided in a subjective thing like modern Art) - it would seem that pre-1980s large-format works with some story or substance are the ones making a record and desired by collectors. Interestingly while it is well known that his horses always sell and that too easily, they do not seem to be anywhere close to the realizations of his "motif" based works. And again just to re-iterate this is just for Husain - every artist is different.

Images are the copyright of the Artist / Artist foundation and not any firm. I have no ownership of the images - these have been taken from various for illustrative purposes.