What is not known to many, is that Jamini Roy was a successful portrait painter (a commissioned painter) in the early part of his career.

Repeating a quote from the Indian Museum in Kolkata, "His career as a painter started with portraiture. The realistic portraits of rich persons in oil revealed his technical mastery in western academic training and soon Jamini Roy earned as a professional painter in the Calcutta art world."

Apparently this work has gone missing from Bangiya Sahitya Parishad 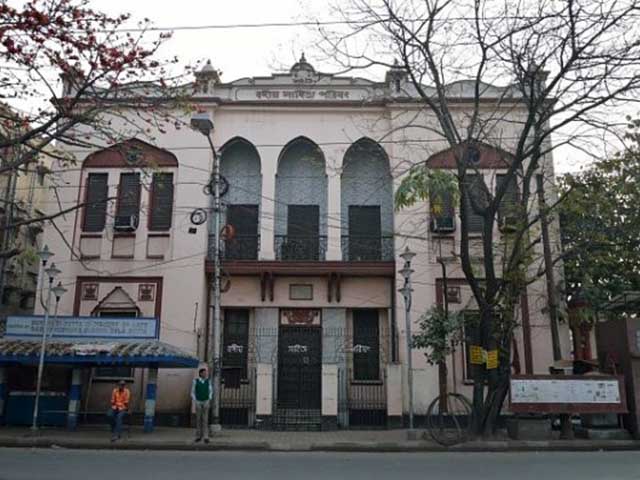 These images are from the seminar room of the Bangiya Sahitya Parishad (Bengali Literature Academy). The original portrait - which has been previously photographed and even filmed and is not a figment of my imagination - a close up of Debendranath ( 3ft x 2 ft) - is missing. 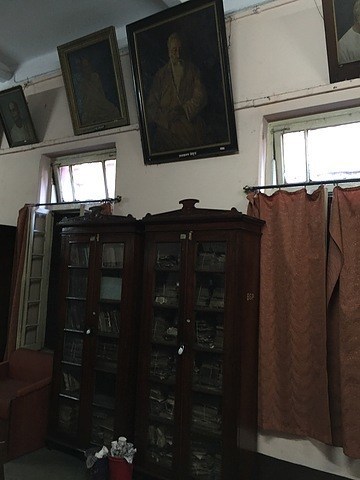 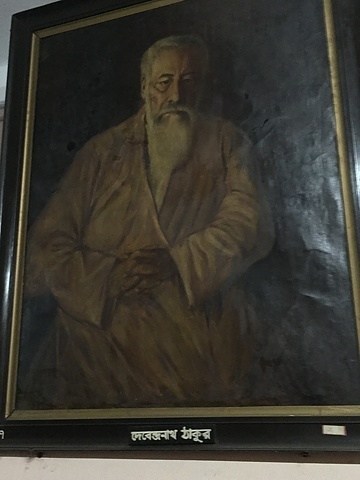 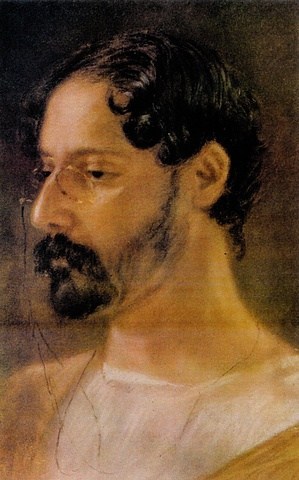 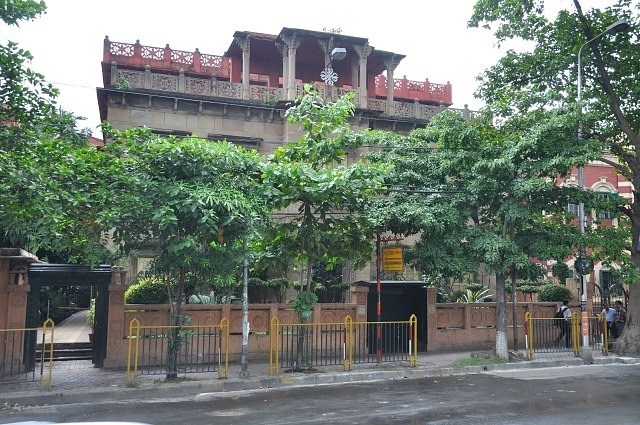 Missing! With the people in charge claiming there was never such a work! Both the institutes mentioned above are historical institutes of great repute two institutes probably have a lot more undocumented works of art. If such prominent works can go missing, I fear for the others.

Gaganendranath Replaced At Another Museum?

The reason why a Gaganendranath Tagore and some of these older works cannot be easily forged is partly due to the paper/medium used.

A note below on the reasons for my fixation on the mediums (paper/canvas/paints) used in an . I used to be a stamp collector - specifically postage stamps issued by the  Princely States.

An example - A registered cover from the princely state of Duttia () - registration no. 4 used in 1896 half-anna postal envelope and with additional three anna stamps (for registration). The stamps have been with a black intaglio seal. The blue intaglio seal was added as a control mark to the postal stationery cover. This cover is the only cover known in existence with stamps from the first seven stamp issues of the state - quite fascinating and very historical! 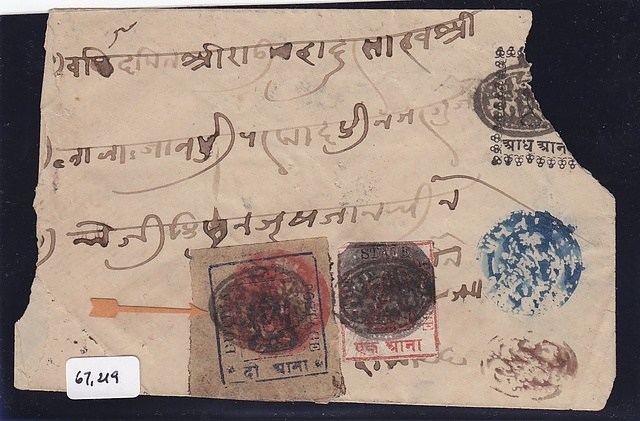 But while these have been forged, determining the forgeries is quite easy - the medium, the type of paper used is key - a certain type of paper was used that is no longer available. And in keeping with the accepted norm of documenting forgeries but not fully mentioning why I refrain from talking about the type of paper.

If by some chance one does manage to get an old (correct type of) paper - writing/painting on an older paper with ink is not the easiest. The same applies to these older works of art - forgeries due to the medium and the are easily discover-able and Chai- (tea) stain type of doesn't quite cut it.

Speaking of Chai- stains - I don't think most people understand what the wash technique is.

As an example of Gaganendranath Tagore's work - look at the water and the sky, the - orange, green, blue, the transitions - have been reduced to hues where one hue simply changes to another - exceptionally subtle - these are very very hard to copy and need exceptional skill.

We have discussed papers and of the medium, technique, and now further add to this the requirement of provenance (the above work is from the estate of Lady Ranu Mukherjee)

Why do I mention this? Firstly, I mention this generally in regards to works of early Bengal and secondly that I find the paper in one of the works by Gaganendranath Tagore at the museum completely wrong and hence my suspicion.

Victoria Memorial also has a Jamini collection. Last month this gallery was under renovation and upon asking I was told the works have been temporarily stored in the "garage". I assume and hope that the person meant storage.

P.S. We sincerely hope that we have reached the wrong conclusions.