Raja Ravi Varma was a commercially successful portrait painter in 19th century India. He had even established a printing press to make prints of his canvases and these prints/oleographs became very popular.

The spread and the popularity of his art spawned many painters who were inspired by him and took to replicate his works. This is what makes Ravi Varma so challenging given that these copies are now themselves a hundred years old.

Just recently a painting appeared in Freemans Auctions in Philadelphia (a large and reputable auction house in the United States) described as: 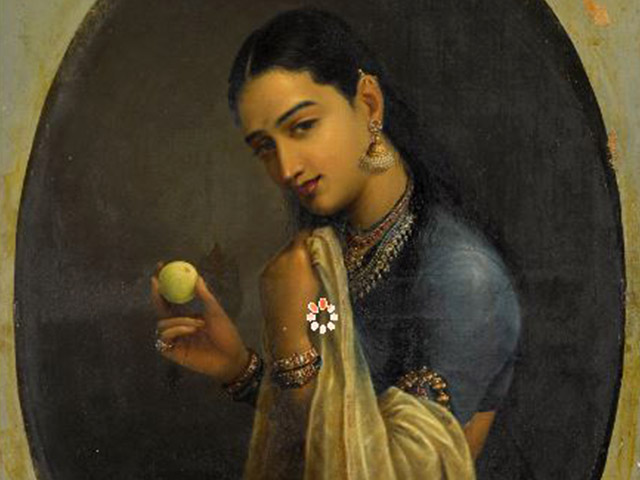 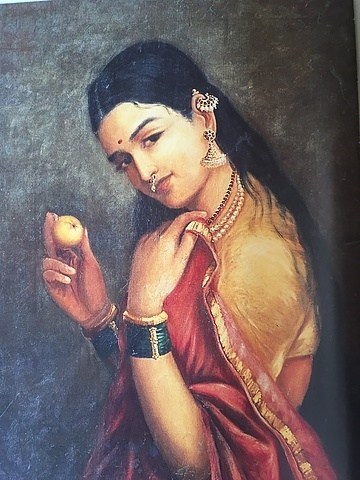 Lady With A Fruit 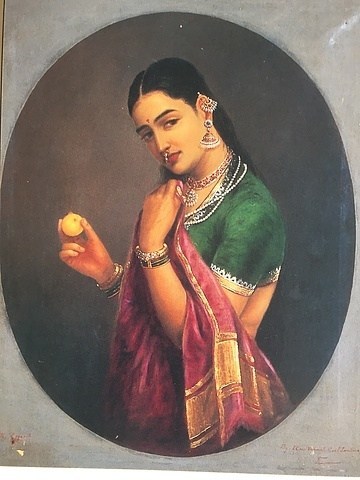 A few days before the bidding, they changed the description to ''School of Ravi Varma'' and informed all the potential bidders (Freeman's reputation is impeccable) - someone must have objected and they must also have agreed to the same.

The auction result is what makes the art world so interesting.

Either there were two bidders who did not believe the work to be from the school of Ravi Varma and believed that it was a genuine work by the master himself.

Or that there were two bidders - either live on the auction floor on via phone bidding and the adrenaline rush of a live sale took the price to ridiculous levels.

I do believe that we will know the answer soon enough - if it appears at a museum of repute as part of an exhibition possibly (and withstands the objections/doubts of the experts) - or perhaps if it never appears in any museum show and remains hidden or highlighted on the walls of a collector who would have the hard way the adrenaline rush and the ease by which go at crazy valuations simply because of the ego-match between two live bidders.