The one that I languishing in the art market is Sailoz Mukherjee. Partly the reason for this, is the lack of scholarship or research on the artist, so much so that his incorrect works are being sold in large and reputable auctions. 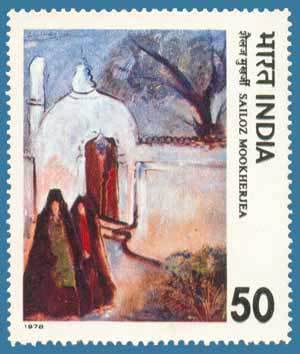 Sailoz died in 1961 - the Greek tragedy: He had an auto-rickshaw accident and instead of getting professional help, he was given a "/muscleman massage" for a traditional Indian massage therapy - he suffered for two months and died.

Two clear and major  periods can be identified in his paintings (mostly in the 1950s): 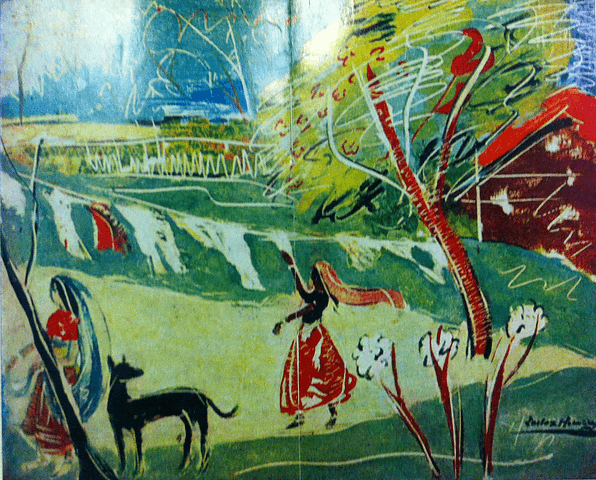 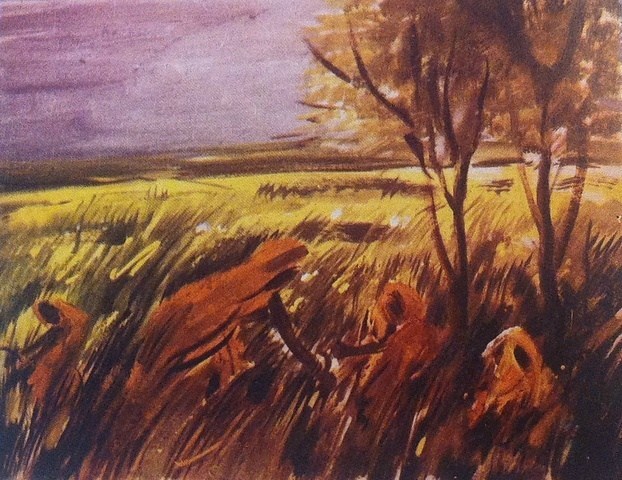 b) Figures with "scratching" - an example would be the recent reclining lady at an Indian Auction house - I think this was probably an experimental period. Similar experimentation has also been seen in Jagdish Swaminathan's early work. 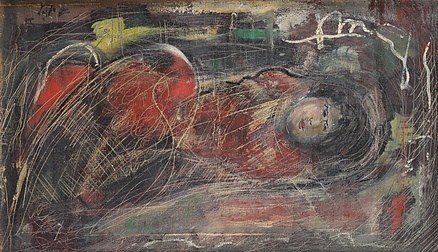 Canvases generally rare, cardboard is more common. Due to his early death, essentially only a decade and a half of art known.

The views of some artists and critics are worth a read.

"There should have been a monument dedicated to Sailoz in the middle of Connaught Place instead of an ugly fountain. There is not a single work of Amrita Sher-Gil which can stand before his painting Washing Day. The reason he has not gotten the recognition is that he lacks in pretentiousness" - Jagdish Swaminathan

"For after Amrita Sher-Gil...he has been our most significant painter" - Richard Bartholomew

There is a reason for this strong statement above. At a time when the Santiniketan masters were focusing on their form of Oriental art (Indian miniatures, washes on paper, ) and some others like Hemen Majumdar were continuing oil on canvas in the academic style of Western art. It was Sailoz who was one of the earliest (the 1940s -1950s) in marrying the medium of Oil on canvas and Indian art forms (inspired from miniatures) and then went on to further experiment with the medium.

As a reference, during this time the progressives had just started their careers and most of their works at that time were inspired by the Western modern art of a few decades ago.

Of late, a very nice and classic Sailoz came up for sale in an Indian auction house. 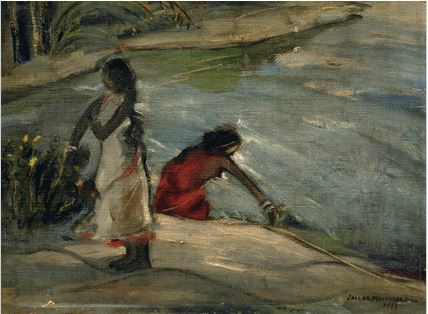 Ending with a quote by A.S Raman - an important critic from the 40s and close to the original Dhoomimal art gallery said, "But – let us remember when he paints, what he attempts to do is not to demonstrate an abstract theory but to present, like Amrita Sher-Gil, his own country,  his own people as he sees them. The India that emerges in his hands is as intimately Indian as the India we all love, whatever be the forms to he which he may reduce her."

Transits of a WholeTimer by J Swaminathan (published By Gallery Espace)