Sailoz Mukherjee was one of the pioneering figures of modern Indian art in the twentieth century. During the early forties, when India was at the peak of its struggle to attain her own independence and identity, the art community of the country was striving to locate their indigenous understanding of modernity.

This is when artists like Amrita Sher-Gil and Sailoz Mukherjee gave birth to a visual impression that tuned together a fusion of modern western stylistic nuances with the aesthetics of their origin. Sailoz Mukherjee started his journey in art training from Government College of Art and Craft in Calcutta in the late 1920s and advanced his career as a teacher, first at the Sarada Ukil School of Art and later joined as a faculty of the Fine Arts Department at Delhi Polytechnic. His time at the Government College of Art and Craft is marked by the appointment of Jamini Prokash Gangapadhyay as the vice principal of the institution by Percy Brown. This was a strategy to reinstate the influence of western academic style in the curriculum, that had started to cloud under the teachings of its previous vice-principal, Abanindranath Tagore, and the formation of Bengal School. Sailoz Mukherjee’s training in art was consequently exposed to the possibilities of artistic pursuits of the east and the west. 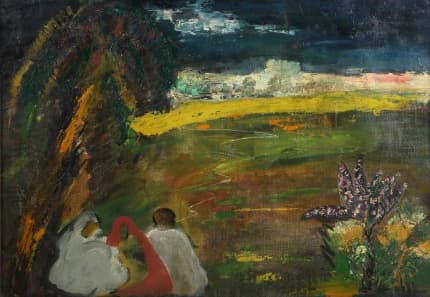 He was one of the prominent artists of the time, to explore the medium of oil painting but as a non-conformist to the ways of the classical academic method of the west. Richard Bartholomew describes, “Sailoz Mookherjea, attempted to fuse together the fluid technique in oils with the characteristically Indian attitude to nature. In such compositions as Washing Day, Wind and Harvest, one sees the influence of Matisse in the drawing – reinforced by colours that are vibrant and Indian. By the end of the 40s, Mookherjea had simplified the style of the Pahari School, evolving a lyrical style that was eminently suited to oils and to his sensibility.” Mukherjee moved to Paris in 1937. Ecole de Paris styles substantially inspired his inclination towards bold and spontaneous approach towards painting. A.S. Raman records one of their first conversations in an article published in The Illustrated Weekly of India, 1964 (again published in The Critical Vision – Selected Writings, Lalit Kala Akademi, New Delhi, 1993), where Mukherjee confirms, “I owe my basic inspiration to Matisse’s odalisques. I accept whatever new forms of self-expression suit my oriental temperament and tradition. No doubt my simplification of form and vibrancy of colour derive from the Ecole de Paris, particularly from Matisse and Modigliani. But my main influences are the folk art of India and the Basholi miniatures. As a result of my stay in Europe, my work has inevitably acquired a somewhat sophisticated flavor. But my roots are in India, and I may assure you that they are very firm.” Rural life and landscape were central to his theme and his enthusiasm for modern idioms translated the homegrown style of representation to a more intuitive regeneration, which was the need for the new sensibility of modernism in Indian art. 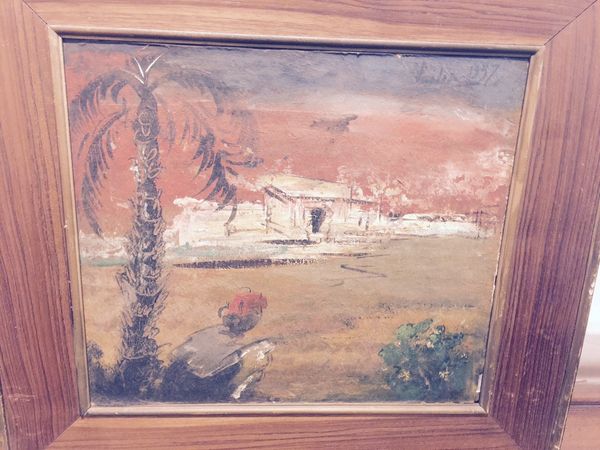 Sailoz Mukherjee ‘s oeuvre in establishing modernity in the Indian art scenario was cut short early. The landscapes, the people, flowers, and trees, the everyday life that got chronicled through his paintings, in retrospect has become timeless frames of aesthetic references in understanding the indigenous element of modernism in Indian art. After his untimely demise, the Government of India announced his works as National Treasure. He is also one of the four artists whose work is featured in the postage stamp brought out by the Indian Post and Telegraphs Department in 1978.