Prodosh Dasgupta was a crucial figure of that mid generation of artists in Bengal who giving shape to vocabulary modernism in Indian art. His role was particularly important in defining a distinct place for modernism in Indian sculpture, in advocating the concept of form as an independent identity in sculpture, and in pioneering a style of semi-abstract three-dimensional figuration.

His legacy has influenced generations of sculptors and his trademark style continues to hold high significance for art historians, connoisseurs collectors. 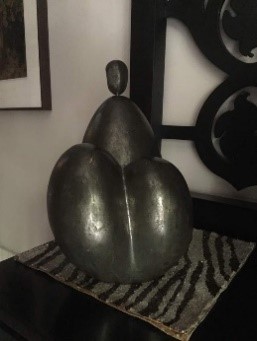 Prodosh Dasgupta was born at Barakar in Dhaka. He graduated from Calcutta University in 1932 and then went on to study sculpture at Lucknow School of Art and Crafts the same year. Then, from 1933 to 1937, he trained under Devi Prasad Roy Chowdhury at the Government School of Art and Craft, Chennai, and earned his diploma in sculpture from that institution.  He was awarded a fellowship from Calcutta University, that paid for his travel to the Royal Academy of Arts in London and Academie de la Grande Chaumiere, Paris to hone his skills in sculpture and bronze casting, during 1937 to 1939.

On his return to India in the early 1940s, Prodosh Dasgupta formed the Calcutta Group along with his wife Kamala Dasgupta, painter Gopal Ghosh, Nirode Majumdar, Paritosh Sen and Shubho Tagore. Pran Krishna Pal, Govardhan Ash, and Banshi Chandragupta joined the group.  It was in the backdrop of Bengal’s calamitous famine and its horrors of starvation and death that racked the countryside and the city that the Calcutta Group came together to search for a new language of artistic expressions that would reflect the crisis and anguish of the times. The agenda of the group was to liberate artists from the formal conventional methods taught in the art institutions and push them to bring their art into direct dialogue with the stark social realities around them. The Calcutta Group was one of the first modern artists’ collective in the country that set an exemplary stage for the making of conscious and committed art practice. It was also the first to set off the new Progressive art movements across different Indian cities. 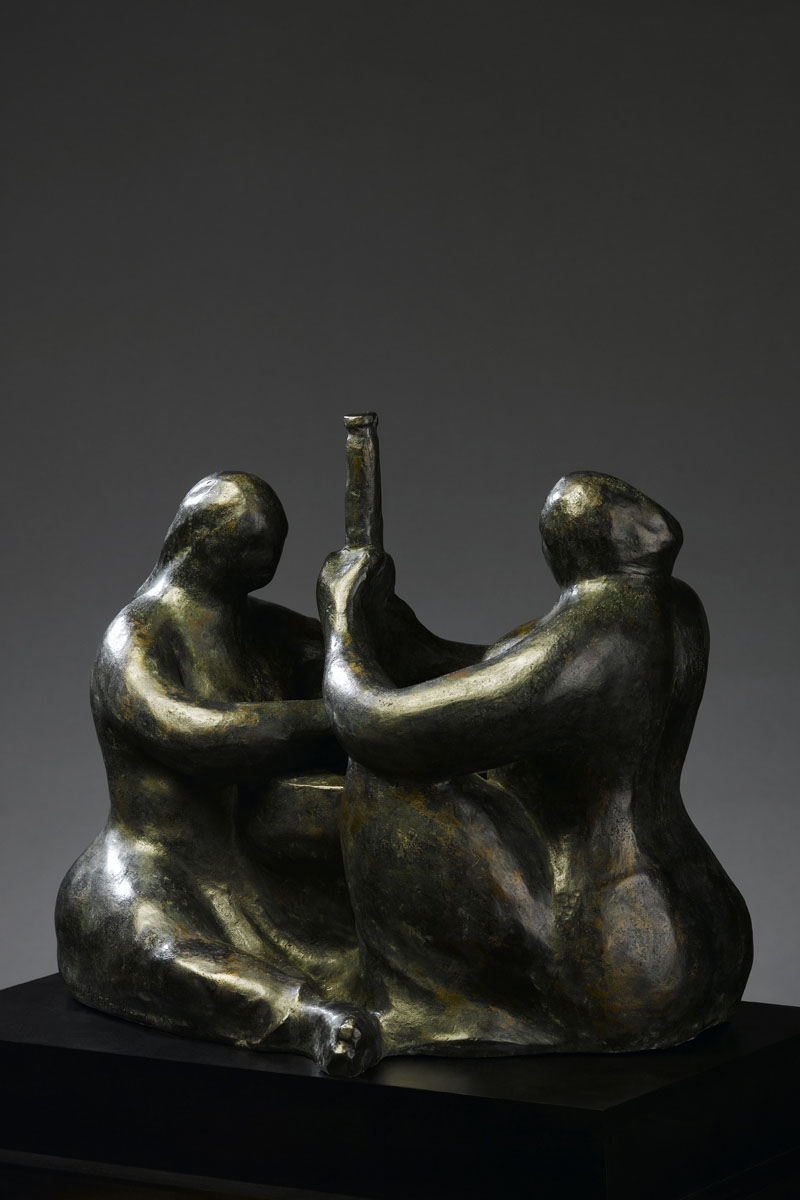 Prodosh Dasgupta’s sculptures are therefore reminiscent of a time when modern Indian art was radically breaking free of its earlier colonial and nationalist antecedents and evolving its own free will and internationalist credentials. Art critic Keshav Mallik noted, “Prodosh Dasgupta had capacity for the close ‘reading’ of artworks as well as the gift of synthesizing ideas that proved helpful in his own creations. Though he had a clairvoyant insight into art and aesthetics, these crystallized into no narrow theory. Rather, what he made of ideas were highly original formulations.”

Prodosh Dasgupta was appointed the curator of the nation’s new National Gallery of Modern Art (NGMA) in 1957. During his tenure of thirteen year at the NGMA, he purchased a large body of works by M.F. Husain, F.N. Souza, Tyeb Mehta, Ram Kumar and A. Ramachandran that would make up the early core of the museum’s permanent collection and helped to build it up as the most regarded repository of modern Indian art.  In 1955, he was made a Fellow at the Royal Society of Arts in London. He was also conferred Fellow of the Lalit Kala Akademi in New Delhi in 1982 and also , the same year, with the Abanindranath Tagore award by the Government of West Bengal.