Alexander the Great can be said to be responsible for the Greek influence in Ancient India. He started to conquer kingdoms in the east and made it all the way modern Pakistan and the Indian state of Gujarat. He turned back once he was defeated by King Porus in 326 BCE.

The Indo-Greeks were influenced by the Greeks since they were exposed to so much of their culture, philosophy, art, and architecture. The artists that worked in Bactria also worked in Gandhara as well. We can see the influence of Greek artists on Indian sculptures in that region. As a result, Buddhist sculptors were either Greeks or learned from the Greeks. The same people worked in Bactria and Gandhara and we can see that by comparing the art on the coins because both places had the same Indo-Greek monarch.

All the Buddhist sculptures of the 3rd century BCE did not show the image of Buddha but depicted him in the form of an icon such as a Dharma Chakra (Wheel of the Dharma), a throne, a pair of footprints or a Bo (or bodhi or papal) tree. It was only in the Hellenistic era that the Buddha was shown in an iconic form.

Gandhara and Mathura Schools of Art

Both Gandhara and Mathura schools of art became well known as centers of Buddhist sculptures. One of the main characteristics of this style of art was the anthropomorphic representation of Buddha and Bodhisattvas, especially in its sculptural manifestations. In both Gandhara and Mathura, human images of the Buddha began to appear at about the same time but can be distinguished from one another. The Mathura images resemble Indian male fertility gods and have shorter, curlier hair and lighter, more translucent robes. They also are not shown to be as sensual as their Gandhara counterparts. 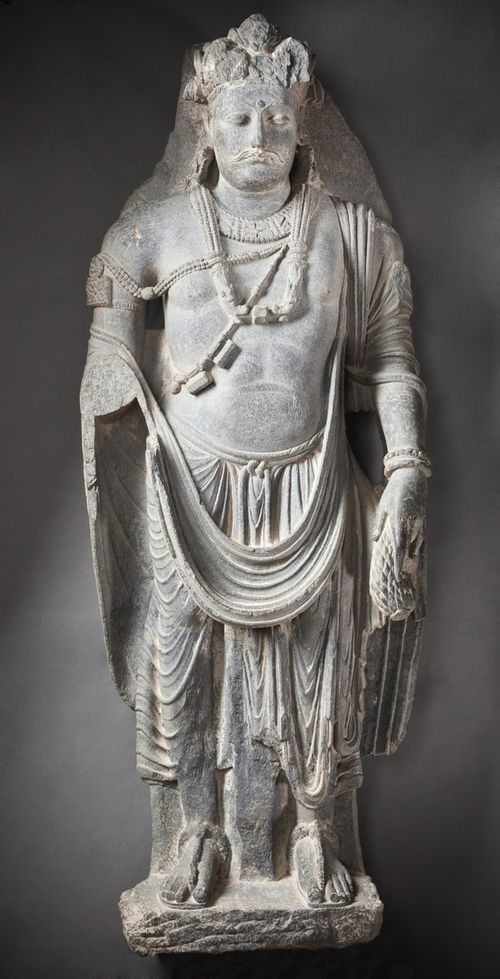 The Gandhara school is different from the Mathura school because of the heavy influence of Hellenistic features. The figures are clearly been inspired by Greek figures as they have similar wavy hair texture and heavily pleated body-hugging garments. The Hellenistic ideal human form was slender with visible muscles. The ideal body type to them was one of a Greek athlete who was very fit. The heavily pleated garments on these bodies were inspired by Greek, Roman, and Parthian dress styles. 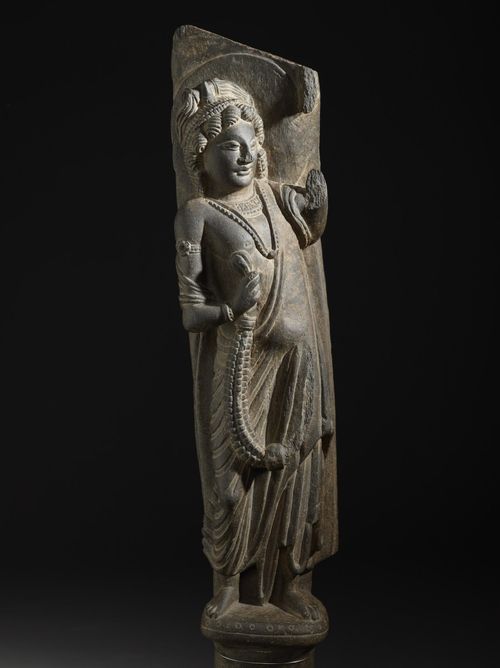 Human representations of the Buddha were made centuries after his death. Therefore, certain attributes, such as the elongated earlobes and the ushnisha on top of his head were used to identify him when he was made in human form. The ushnisha on his head was modeled after greek hairstyles from Hellenistic times. This concept of characteristic features was a Hellenistic tradition as the Greeks created symbols to represent their divinities and heroes. The Nimbus or aureole indicated on the figures represent a transcendent status which was similar to solar deities. Buddha was modeled after Apollo, the Greek god of the sun. It was also through image sizes that certain characters were deemed to be important than others. 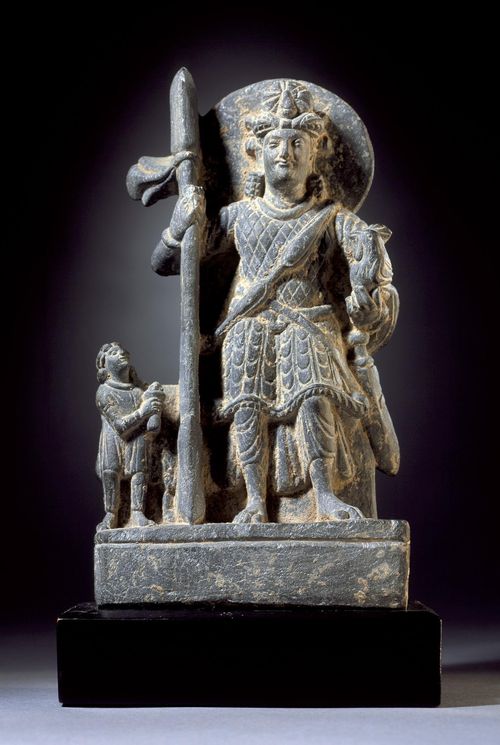 It was only later that the Hellenistic style was mixed with Indian iconography to make a hybrid style. This was what later became well known as the Gandhara style as well after Greeks left ancient India. Greek art styles may not have influenced India as a whole but there is definitely data that proves that they did in fact influence our sculpture styles.