This particular work, titled WOUNDS-104, being a very explicit depiction of Hore’s 'Wounds' gives one an insight into the artistic process.The work’s base layer is an etching dated in Bengali as 1972. There is a faint signature to the left that reads SO(mnath), followed by an eight in Bengali. Hence this piece seems to have been worked on by the artist for over a decade- the 70s and 80s, suggesting that masterpieces are indeed not made overnight. 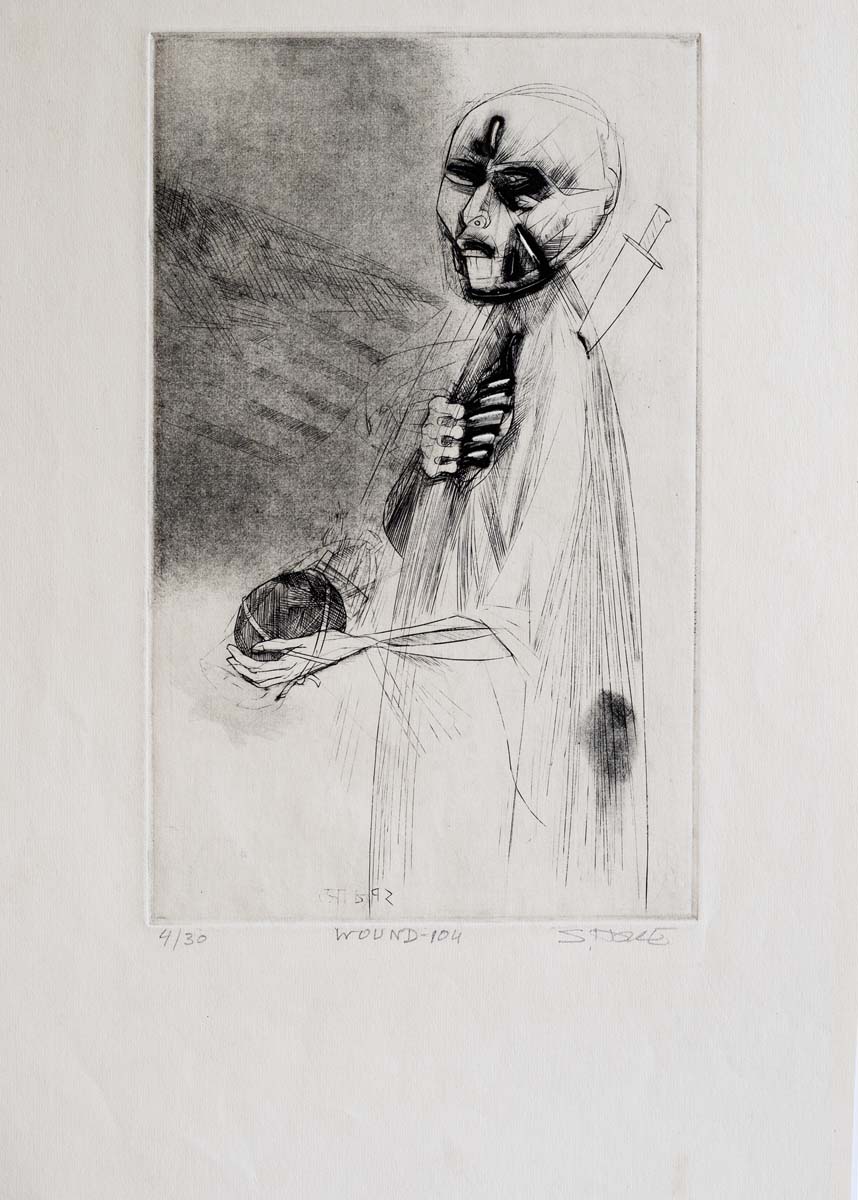 This is referred to as ‘Pentimento’ - an artwork reworked by an artist. Some parts of the etching are edited away. Black paint has been used to further accentuate the wounds, while white lines show up as indentations and deep gashes on the reverse, highlighting Hore’s preoccupation with the concept of Wounds.

The work should indeed be described as a unique composition and not an editioned print. The visualization of wounds is immense, a ‘back-stabbing’ dagger, tearing one's heart out, a crude bomb in the hand - amply showing the despair and death seen around the Bangladesh War.