A pentimento (plural pentimenti) is an alteration in a painting which is evidenced by traces of previous work. The alteration shows that the artist changed their mind during the process of making the work.

The word ‘Penti Mento’ is an Italian word for repentance and comes from the verb ‘Pentirsi’ meaning to repent. For example, a work may have a hand or head originally drawn and painted in a different place and that aspect is later removed or painted over but traces can still be seen. 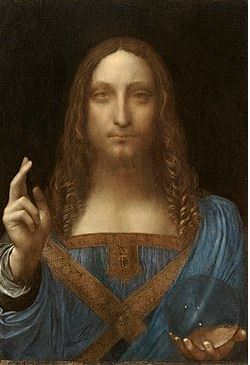 An artist who often embraced penti menti was Leonardo da Vinci who often left behind lines and marks on many of his works. The Salvator Mundi made by Leonardo Da Vinci was observed under infrared imaging and was photographed. This showed that the artist had changed sections of the work before deciding to complete the portrait. The most prominent part that was noticed was the position of the right hand. The hand meant to be in the blessing position seemed to be more upright and the thumb was drawn less curved.

The discovery of the two thumbs was crucial as it showed Da Vinci’s doubts regarding the composition. There were also handprints seen with the help of this imaging and it can be inferred that the artist smoothened out paint using his palm. While it was quite common that an artist had a studio with people to help him, finishing touches were always made by the artist. Therefore, any changes made were decided and implemented by Da Vinci himself. In fact, this smoothing of paint is quite typical of Da Vinci and he often created an effect of light and shadow in his works. Another aspect considered to be penti menti was the double outline of Christs' palm holding the sphere as it was an accurate rendering of the double refraction. 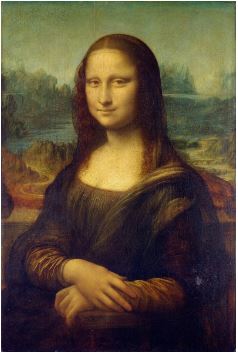 Another work considered to have penti menti is the Mona Lisa. Arguably the most famous portrait in existence, the painting has revealed to have another image underneath the top layer. In addition, it has also had portions of the top layer changed; specifically the necklace and the additional mountains in the background. 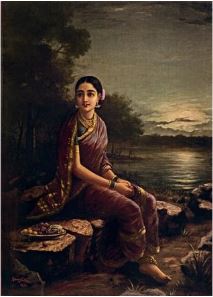 Perfectionists may argue that penti menti may distract the viewer from the work; however, It goes towards proving that the work is from the master's hand. In 1890, Raja Ravi Varma made oil on canvas named Lady in the Moonlight where a woman was depicted waiting for her lover under the moonlight. In this work, there is an outline of the moon in the upper right corner and it seems to be painted over. The finished work shows a new rendering of the shining moon behind some clouds in the middle section. 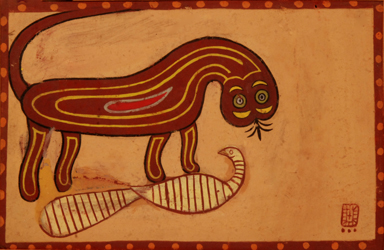 Jamini Roy who was trained as an academic artist at the Government Art School, Calcutta started off as a portrait painter. His academic style painting and commissioned portraits were initially a great source of income for him. Later, his styles saw him challenge what Indian artists considered to be avant-garde. He defied norms at the time and rejected western ideals of art and brought back folk art (pats) in his style. Inspired by the folk art in Bengal and Jharkhand, he simplified his work to represent Indian ideals. In this work, the tail of the bird has been moved to a different position and the first rendering of the tail can be seen faintly. Hence, proving a work from the artists' own hand.