Jamini Roy's studio from the basically consisted only of his son Amiya (nicknamed to '' in the classic Bengali Daak tradition of coming up with the nicknames that one can find) and another (of last name Chatterjee) whose job was to mix and create the tempera.

Amiya suffered from Parkinson's and completely lost the use of his hands (as an artist) by 1977, just five years after his fathers death - indicating that his painting abilities must have also gone a while before that. This dispels the second myth that Amiya was making copies of his fathers' works for a couple of decades after his death. On the contrary by every account, he was very close to his father and is very unlikely that he would indulge in using his fathers' name after his death.

The very presence of unfinished paintings in NGMA and Dhoomimal collections confirms this fact. 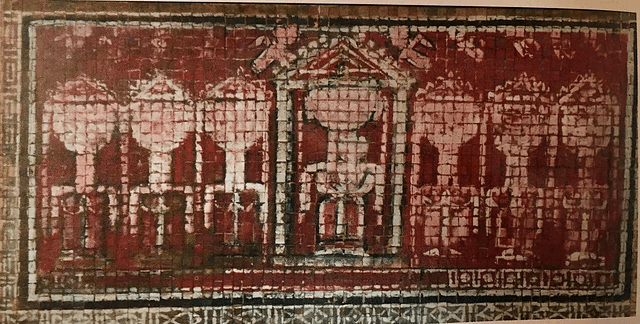 To get some perspective into the man's personality, let us not forget how Jamini Roy gave up his profitable career as a portrait painter to discover and pursue his own native style (circa ). The first seven years of this transition, he hardly sold a painting, but yet he pursued the experimentation which saw him in extreme poverty during those days. Apparently, some of the paintings from that time which are described as linen are in fact the cloth from his wife's saree who supported him through thick and thin.

In around the last two decades of his artistic career, Jamini never denied the fact that he used his son as an assistant. In a conversation with Bhabesh Sanyal, he is supposed to have said that.

He wanted the walls of Bengali homes to have at least one of the pats hanging there. That is why, he said, he had kept the prices of his paintings low. And unless the supply of his paintings increased how could he meet the demand? His paintings, he continued, had a form which he had taught his son. The son filled the simple and then the artist added the more fine details and his signature. Roy asked what was wrong with that. He cited the instances of medieval European painters' guilds and the custom existed in our own country as well. 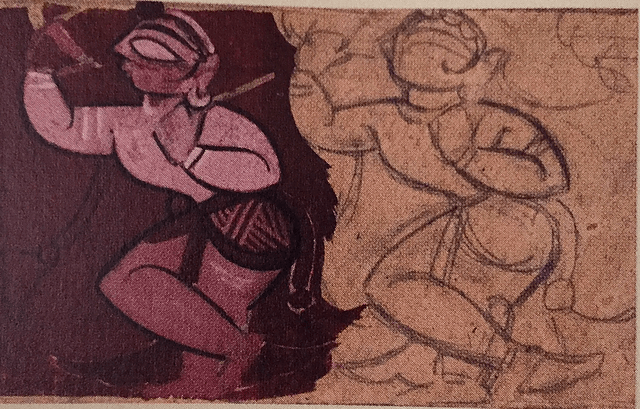 Austin Coates (a close friend) offers another perspectiveEven when he was at the height of his output, a Jamini Roy painting was the outcome of weeks, sometimes months of thought. He would rise long before first light and sit on the floor of his studio in total darkness, thinking..."

It was the early days when Jamini used to paint oil on canvas. In his early canvas works, it would not be surprising to find an unfinished work on or even a painting on top of a scratched out painting. In his own wordsI would work the whole day and in the evening, I would scratch it out."

To summarize, the comment below is a response to an article in India Today dated January 1987. Copies (forgeries) of Jamini Roy happened early as he was a very desired artist, and fakes were being made as far back as the 1980s.

"In April 1987, to commemorate the birth centenary of Jamini Roy several galleries in Calcutta held exhibitions of his paintings. An English daily accused one of the galleries of exhibiting fake Jamini Roy paintings. According to newsmen, the exhibits came from two individuals"

It seems that the myth of the Studio/Factory created to justify the number of fakes out there.

P.S. Jamini Roy is actually NOT so easy to fake. I plan to be writing an upcoming post clarifying the issue. Feel free to contact me in the interim.

The Art of Jamini Roy