Sanyal, as he was popularly known, was a doyen of modernism in Indian art.

His lifetime spanning as it did the entire 20th century, witnessed the high-tide of the nationalist movement, the end of colonial rule, the tragedy and trauma of the three-way partition of the country, the adoption of the Constitution of India, India’s first nuclear test, the inauguration of India’s first cellular service by Jyoti Basu, and the turn of the millennium.

could say that the life and career of this single artist encapsulated the entire complex history of the transitions from the national modern to the post-national contemporary in Indian art. 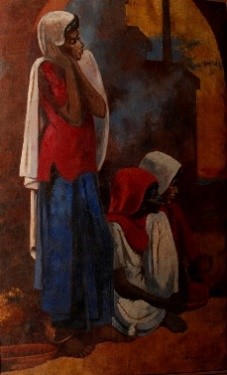 Bhabesh Sanyal was born in 1901 at Dhubri, Assam, and earned his diploma in Fine Arts from Government College of Art and Craft, Calcutta in 1928. He was commissioned to make a bust portrait of Lala Lajpat Rai for the Indian National Congress Session of 1929 in Lahore, a commission and a work that became a turning point in his career. With more such important commissions, he stayed back in Lahore and joined the faculty of the Mayo School of Art in 1929. But over time his ideas and practice came into conflict with the colonial authorities of the school, leading to a situation that forced him  leave the institution in 1936. Soon after, he arranged for a studio space and launched his own institution, called the Lahore School of Fine Arts. But the life this art school soon came to an end with the partition of 1947.

He came back from Lahore to Delhi, where he continued his passion for shaping art education and for bringing together a new artists’ community. Within a few months of Independence and Partition, the Delhi Shilpi Chakra was founded by Sanyal, with support from Kanwal , Dhanraj Bhagat, K.S. Kulkarni,  Pran Nath Mago. In January 1948; the Delhi Shilpi Chakra held its first exhibition at Freemason’s Hall at Janpath. As an artists’ collective, it echoed the dreams of a independent nation and secured for itself a landmark place in the history of modern Indian art. In 1953, Sanyal joined as the head of the art department of the Delhi Polytechnic, which would later become the Delhi Art College.  He was a teacher and initiator all his life, inspiring students with his paintings and sculptures around the theme of human struggles and of the economically section of the society. His works depicted human conditions and explored nature in ways that deeply impacted artists of his own and following generation. His use of primary, fresh and vibrant, and his compositions orderly, much like his personality. He created his own unique which didn’t owe much to western academic norms or to the pattern of regional aesthetics. 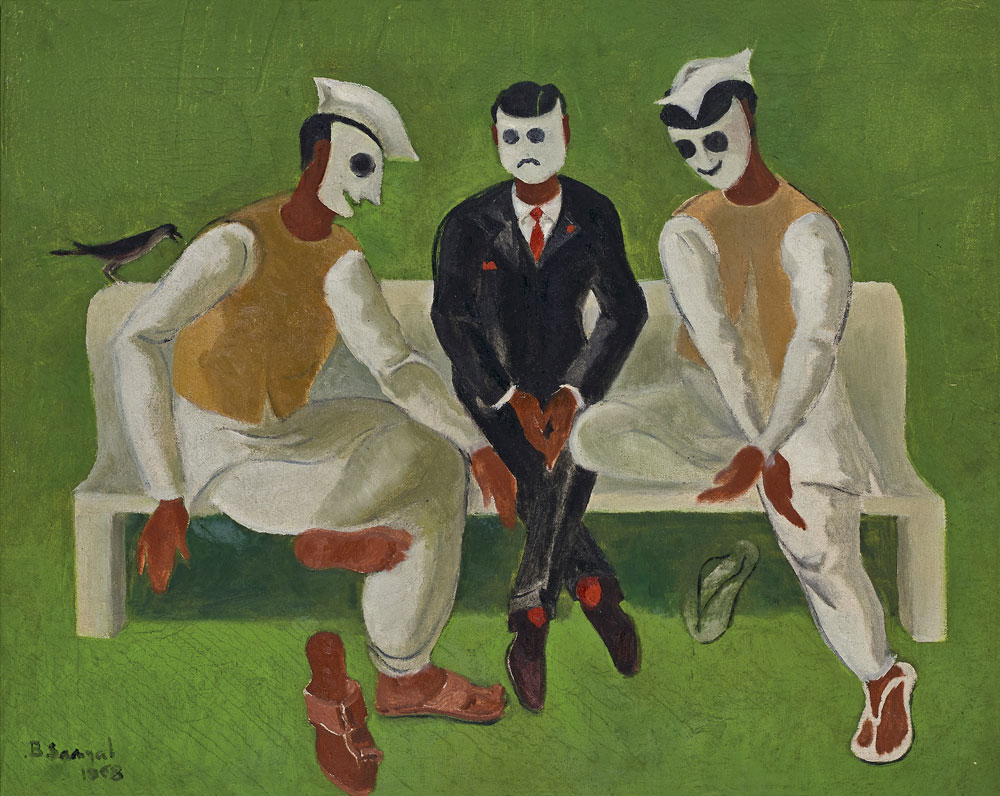 Bhabesh Sanyal, in his career, has to his credit an enviable list of international exhibitions, awards,  felicitations. He represented the country with exhibitions in Czechoslovakia, Hungary, Romania, Bulgaria, USSR & Poland; participated in Salon de Mai, Venice Biennale, Sao Paolo Biennale,  Tokyo International Art Exhibition, to mention a few such international shows. He served as the secretary at Lalit Kala Akademi and was later made its vice-chairman, during the time when the first India Triennale was .

In 1980, he was with Fellowship for lifetime achievement by Lalit Kala Akademi. And in 1984 Bhabesh Sanyal was awarded the Padma Bhusan. The Government of India, issued a special postage stamp to commemorate his birth centenary in 2000. The verve and vitality of this centenarian remained undiminished till the end. Sanyal had built a cottage in Andretta, at the foothills of Dhauladhar range (need to check where this is), where he set up a workspace for artists called the Nora Centre for the Arts. Until the last years of his life, he painted and sold his works to secure funds for this project, which is now one of the momentous cultural attractions of the region.

Arindam Mitra. “B. C. Sanyal: A tribute to a Legend”