It is well documented that Jamini Roy was an academic portrait painter in the early days using oil paints. His experiments in the style of "Bengal school" and Academic portraiture is amply recorded. 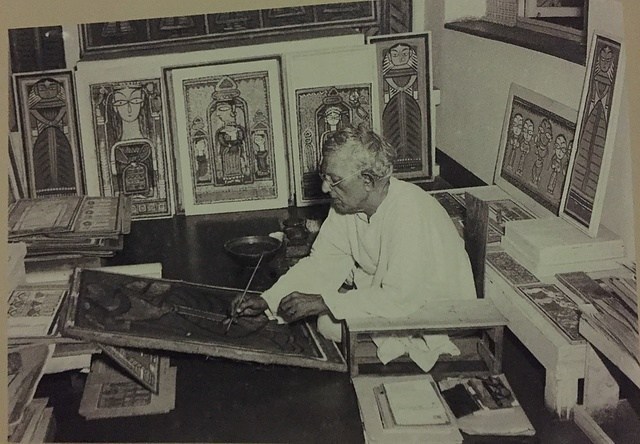 Those who know me would know how I chase down every spec of information and the rigor with which I check details/provenances/styles/etc. My favorite checks have included hiring a lawyer to go through older court cases to understand ownership issues. Chatting with a previously unknown gentleman for two hours over a few whiskeys to confirm that his deceased wife was indeed a friend of a collector and knew a particular artist etc. Finding people who rented a particular home and grilling them about the collector landlord's antecedents have done it all. 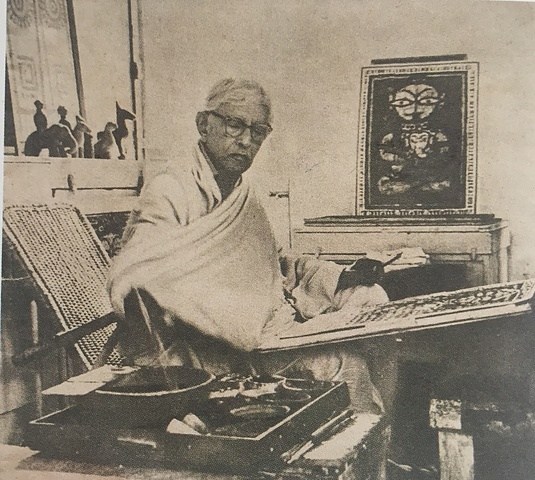 I intentionally choose to talk about the least common denominator and take the glass half full approach for this article.  I have already pointed out these issues to many people in auction houses and will make sure to disseminate this to the extent possible. 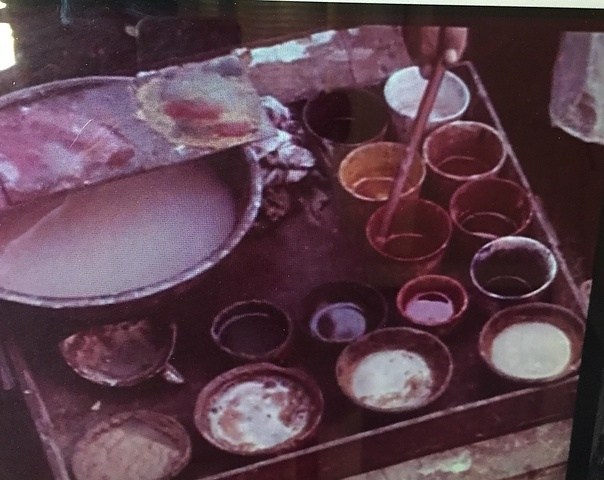 Jamini Roy With His Palette - Tempera From Local Pigments, Binder, and Water

It is well documented that Jamini Roy was an academic portrait painter in the early days using oil paints. His usage of and experiments with the style of Bengal school is recorded. Subsequently, it was all about his own medium - the use of "primitive" paints, which were locally available pigments made into the paint using a binder and thinned with water. This is referred to as tempera.

These days gouache and tempera are sometimes interchangeably used, which is not correct. Sometimes the medium of the painting being offered for sale is indeed gouache. I remember another such error on Ganesh Pyne, which was "signed in Bengali and dated in English" and, therefore, attributed a wrong year to the work (e.g. Bengali eight ৮ looks like a six).

Jamini Roy's tempera is quite specific. The usage of local pigments, the radiance of the Vermillion, the chrome yellows, and the Indian reds' depth, the rich blues and greens are all very apparent. The consistency of the surface and the paint is generally far from even, it feels very different both to view and touch. Once you have seen enough, things become obvious from a mile away!

I want to point out that gouache compared to , which is considered to have a matte finish. Gouache is quite often described as 'watercolor with chalk' - a material like zinc oxide. So the words 'matte' and 'chalky' have often been used with gouache, and I find them re-used with tempera paints. Certainly to add to the confusion both are water-soluble and opaque. To clarify this we need to understand that tempera is just a generic word and may not refer specifically to Jamini Roy's tempera.

Here we are referring to something very specific. The paints used by Jamini Roy, the local pigments grounded up for usage and the local binder.  It is a misconception that Jamini Roy used egg-whites (as documented in most books on Jamini). The famine in West Bengal happened in 1943. You could not walk into a grocery store and say "can I have a hundred eggs please". People could not eat! Four million people died of starvation, so you just could not have used eggs. Use of egg-whites is such a romanticized western notion around tempera paint and is the antithesis of Jamini Roy's art.

Jamini Roy's paint was locally created in his studio, using local substances and a local binder - it has a very different texture and feel (consistency, texture, aging, etc) in comparison to a factory manufactured paint.