Atul Bose (1898-1977) was virtually forgotten in the decades following independence when the Progressive Artists of Bombay dominated in the era of Nehruvian modernism. Recently, many of these earlier artists are undergoing significant reassessment.

Here I must declare a personal interest. In the late 1950s-early 1960s, I was planning to move to Paris to take up a career in art. In order to prepare myself, I took figure drawing classes at the Academy of Fine Arts in Calcutta. Two artists well-known in the city, Rathin Maitra and Atul Bose conducted the classes. Bose was more taciturn and reserved. I already knew Bose’s pen and ink sketch of a female nude à dos published in The Sunday Statesman and had instantly fallen in love with its sensitive rendering of the body. It had that rare quality of detailed observation combined with an awareness of the nuances of human shapes. 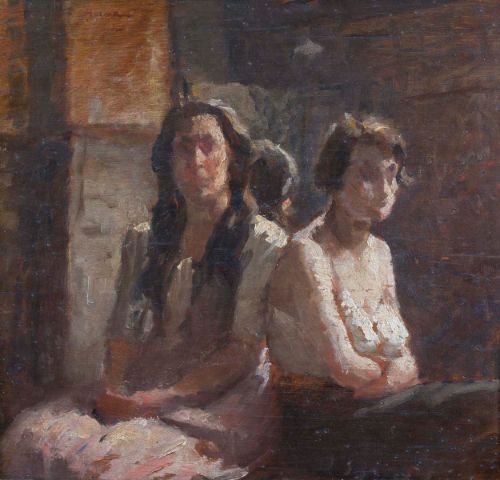 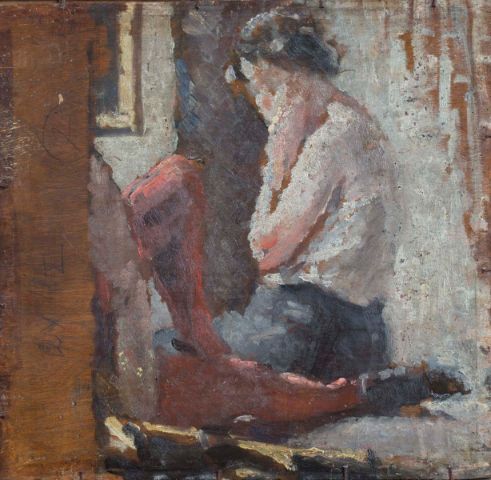 Little did I know then that this same self-effacing individual had been instrumental in setting up the Academy in the 1930s, being embroiled earlier in the 1920s, in fierce debates between academic artists and the nationalist Bengal School of Painting, on the creation of an ‘authentic’ artistic language in our struggle for independence. The question at the heart of the debate was on the nature of representation. The benchmark of academic naturalism in India was the famous nineteenth-century history painter, Raja Ravi Varma. His nationalist imaginings of the past in a Victorian mode were dismissed by the Bengal School as tainted products of colonial hybridity. Abanindranath Tagore, leader of the Bengal School, and a champion of ‘the inner eye’ in treating the human form abhorred academic naturalism.

The only occasion this mild-manned man would lose his temper was whenever he caught his students indulging in drawing from a life model.

Atul Bose was to compose his booklet, Verified Perspective, and the Perspectograph, as a riposte to the Bengal School’s approach to the human figure. His aim in this scholarly and informative booklet was to offer practical guidance in applying the laws of a single-point perspective for the correct representation of natural objects. He had even invented an apparatus he called The Perspectograph for assisting the student in their endeavor.  [1]

By the 1920s, the nationalist art movement led by Abanindranath Tagore had become the dominant voice of the nation, forcing promising academic artists to exile, the painter Sashi Hesh to head for Canada, and the precocious sculptor Fanindranath Bose to Scotland. However, things were moving fast that injected fresh life into academic naturalism. In the 1920s, nationalist politics shifted from the earlier pan-Indian discourse centering on the historic past, as glorified equally by Ravi Varma and the Bengal School, to the countryside, and the regions. Artists turned their gaze on the domestic, the quotidian, and the intimate. The leading figures in Bengal who spearheaded these changes were the trio: Atul Bose, Hemendranath Majumdar, and Jamini Roy (in early his academic phase); these young artists formed a small circle in order to reformulate the definition of representation, which I have termed a new ‘naturalism’ [2].  But they also needed to earn a viable livelihood faced with the decline in academic art during the ascendency of the Bengal School. Denied exhibition spaces in Bengal because of the dominance of the government-sponsored Indian Society of Oriental Art, they founded the rival society, Society of Fine Arts in 1920, where they planned all-India exhibitions, inviting academic works from all over India. Significantly, as a generous gesture, practitioners of oriental art were not left out. In addition, they aimed at propagating the merits of naturalism through their glossy journal, Indian Academy of Art, and a special volume published in 1928, Indian Masters, with high-quality illustrations, seeking to win public approbation with their thoughtful essays and elegant images [3]. This new generation of painters generated debates on the nature and function of art and its relationship to national identity, through their organization. 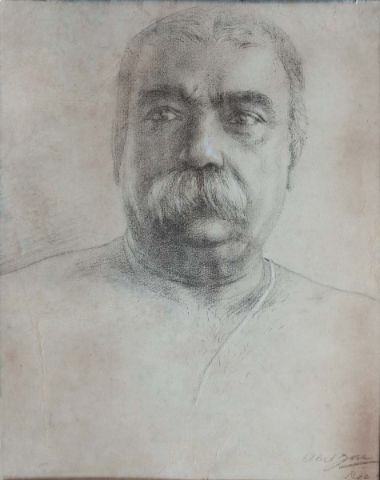 The Bengal Tiger by Atul Bose, circa 1921

Eventually, Atul Bose, Hemendranath Majumdar, and Jamini Roy went their own ways carving out a niche in the art world, though they kept up their association until the late 1920s, as the Indian Masters attests. To return to our subject under review, Atul Bose trained at the government art school in Calcutta where he won plaudits for his exceptional drawing ability and hard work. Early on he showed a flair for portraiture, adept at capturing the characteristic expression and personality of the sitter.

The story of his completing the portrait sketch of the great educationist, Ashutosh Mukherjee, under duress, within fifteen minutes, is the stuff of legend. The sketch, The Bengal Tiger, dated c.1921 earned him a scholarship to the Royal Academy in London where his inherent talent was allowed to bloom and acquire considerable refinement.

During his time there he produced a number of drawings and paintings, pen-and-ink sketches, and oil paintings. A few painted under artificially lit interiors, with a small range of warm colors in a low register, bear the influence of the French master, Degas via one of his teachers, Walter Sickert.

Returning from London, between the years 1926-1947, Bose taught intermittently at the Government School of Art in Calcutta, his alma mater, in its turbulent period, spending his last two years there as Principal. His low-key crusade of establishing academic painting and sculpture in the subcontinent included the founding of the Academy of Fine Arts in Calcutta as a venue for all-India art exhibitions, his lasting achievement. Bose’s finest hour arguably was his retrospective exhibition in 1939 when Abaninindranth at last extended an olive branch to him. Two of Bengal’s finest critics, Hassan Saheed Suhrawardy and the avant-garde poet Sudhindranath Datta wrote sympathetic accounts, the latter capturing the delicate quality of Bose’s drawing that it had ‘few rivals in the country…and academic nudes faultless yet full of life’.[4] 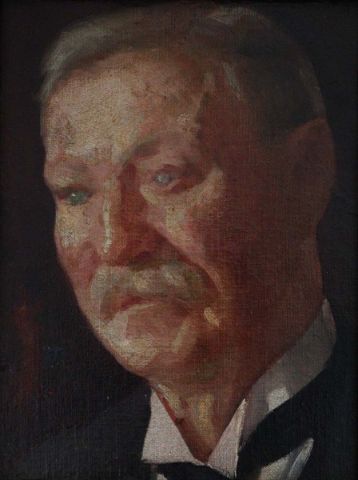 Bose’s ability to capture typical expressions of his sitters created his reputation as a portrait painter. This culminated in a lucrative commission in 1929 when he jointly won the competition with J. A. Lalkaka of Bombay to produce copies of royal portraits at the Windsor Castle for the Viceroy's Residence in New Delhi. Lutyens, who held a low opinion of Indian artists decorating his buildings in New Delhi, was impressed with Bose, asking him to draw his likeness [5]. The range of Atul Bose’s oeuvre was quite wide.  Apart from portraits, which was his métier, he also produced studies of laboring men such as Comrades painted circa 1922, which depicted boatmen towing their boat on the banks of the river Ganges, a deft study of figures in motion. The range of Atul Bose’s sketches and drawings is prodigious with a wide range of treatment, from deft pencil sketches of domestic and genre scenes to meticulous drawing exercises based on Renaissance principles, largely of nudes, produced at the Royal Academy. These latter consisted of delicate pencil drawings, as well as chalk drawings, lightly shaded, that enhance the modeling of the figure. Among these are a few lovely drawings of babies and little children.

In 1943, Bose turned to the great man-made famine of Bengal in which around three million people perished, a subject that drew many of his contemporaries, including Zainul Abedin and Debiprosad Roychowdhury. Bose’s treatment was stark and simple, his eloquent lines bringing out the pathos underlying the bony emaciated bodies of the starving victims of malnourishment.

I want to return in this brief appreciation to one portrait sketch that served as a ‘cartoon’ to his fine oil portrait of his gracious young bride, Devjani. This was in red chalk on paper, arguably one of the most sensitive and accomplished in the history of Indian academic art. To conclude, the old rivalries between the academic artists and the Bengal School of Painting are long gone but what remain are the fine oil portraits and exceptional drawings by this modest painter of outstanding talent.

1.  Bose, A. Verified Perspective (University of Calcutta 1944), an outcome of his career as a teacher at the Government School of Art in Calcutta.

4. Catalogue of Exhibition of Paintings and Drawings of Atul Bose, December 1939, see Preface.