She was born to design! As a girl of nine years, she passed the elementary and intermediate art examinations and won a scholarship to the JJ School of Arts in Mumbai at nineteen. That is Bhanu Athaiya, India’s first Oscar-winning designer for the mega-blockbuster film, “Gandhi” by Sir Richard Attenborough in 1982.

The legendary costume designer of the Indian film industry, Bhanu carved a niche not only for herself in the film and fashion industry but was the pioneer who set the path for many to walk on.

When one of the first women’s magazines, Eve’s Weekly was launched in the late 1940’s it was Bhanu’s amazing fashion sketches that adorned the pages and brought a variety of trends to the modern post-independence Indian women. Bhanu drew from the past and moved away from the Raj era, so there were cholis with intricate Indian crafts and the saris were shown in a modern avatar. Eve’s Weekly even opened a boutique where Indian garments were on display and film stars of yesteryear like Nargis, Kamini Kaushal, and directors like B R Chopra, Raj Kapoor, and Ramanand Sagar flocked to shop. It was Nadira’s choli in Shri 420 designed by Bhanu in 1955 that turned into a fashion sensation. 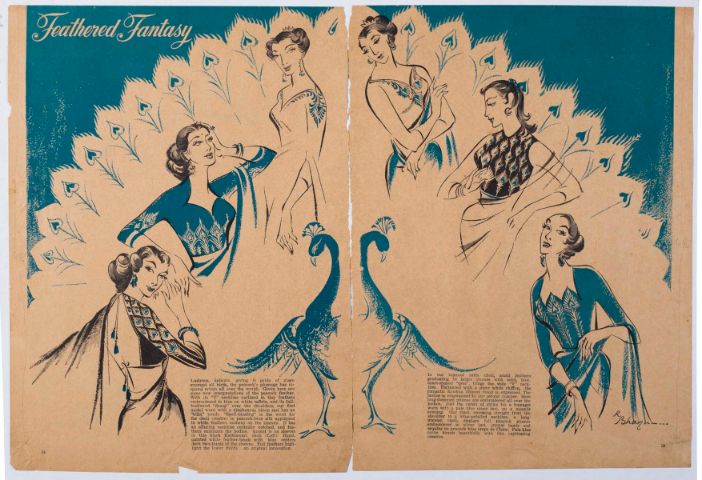 In the 1948 issues of Eve’s Weekly Bhanu’s graceful sketches introduced the fashion connoisseurs to the traditional sari but with elegant touches. The chiffon saris with delicate embroidery for the “Saks” feature highlighted the western influence, while the drawing titled “Repeat Performance” was all about Maharashtrian jewelry to accessorize the sari. Bhanu’s feature “Roses Spell Romance” gave the choli a longer length, with a cascade of roses flowing from the hemline onto a pale pink sari. 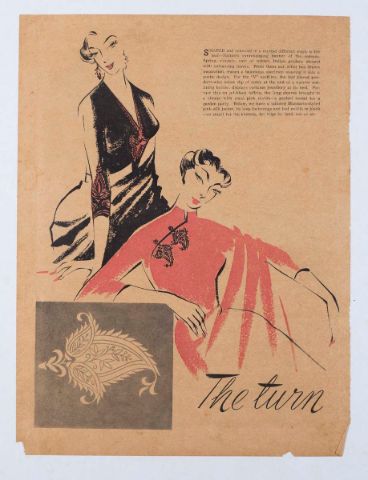 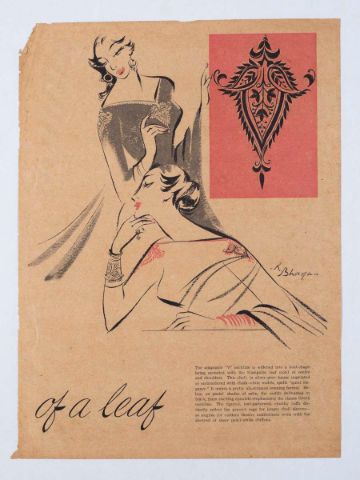 In her fashion directions for 1952, Bhanu brought in the beauty of white dupattas with innovations, uses of old borders for saris, some edged with flower appliqués for after lunch events, dramatic black chiffon saris and choli combos, accents on Pallavas, and sari options for brides. Giving more designer touches to the sari in 1952, Bhanu laid emphasis on appliqués that were added to the shaded pleats or ‘patli’ of the saris. 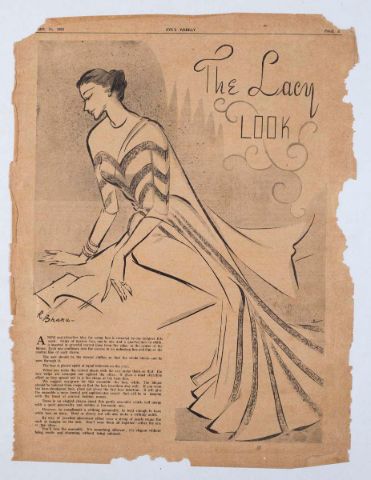 The following year in January 1953, Bhanu complemented her saris with cool, evening, floor-length coats that were ideal for the festive season. Lace was always a favorite of Bhanu, which she inserted cleverly for cholis and saris. Her February 28, 1953, fashion spread was dedicated to cool cotton cholis in three different styles with delicate eyelet work on the neckline, sleeves, and hemlines.

Keeping the bridal festivities in mind Bhanu’s wedding look was a dramatic offering of embroidery for the sari worn with an elegant long-sleeved choli. While the sari was normally lavished with Bhanu’s creativity, it was the choli that she also loved to experiment with. Her sari/choli embellished duos brought a great fashionable balance to the traditional attire. Mirror work added glitter to the cholis but had to be worn with plain sensuous chiffon saris. There was even a daytime trio of cholis in brocade, handloom, and cotton prints with beaded motifs or in silk with Kashmiri craft.

For evening flattery Bhanu aimed at glitter for the cholis with ‘Kasab’ paisley work on jewel tones of midnight blue, emerald green, or red. Borders always fascinated Bhanu, which she added artistically to cholis but it was the attention given to silver chains and buttons to highlight colored cholis that made a tinkling impact on the tiny traditional garments.

From creating fashion sketches in Eve’s Weekly, Bhanu Athaiya’s career spanning nearly 230+ films as one of the most respected costume designers ever, started in 1956 with the film C.I.D.

Meher Castelino former Miss India 1964, was a model for 13 years and a designer. She has been a fashion and lifestyle writer for nearly four decades. She is also the author of three fashion books. Her third book Fashion Musings was released in August 2020.