In lieu of India's 75th year of Independence, Google Arts and Culture celebrated Bhanu Rajopadhye Athaiya as one of India's trail-blazing icons. She leaves behind a rich and wonderful legacy built on creativity, fortitude, and immense talent. One of the early members of the Bombay Progressives group and India's first Oscar-winning Costume Designer, Bhanu Rajopadhye had a historically important early career as an artist, exploring the possibilities of Indian Modernism with her contemporaries at the J.J. School of Art and the Progressive Artists' Group. 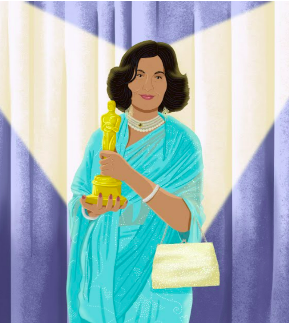 The diary entries from her days as a student remains a valuable mine of insights and delightful stories of the heady early days of this iconic art movement. Indeed, Bhanu Rajopadhye's early paintings are an incredible study in the experimentation with styles by a curious and talented hand. As a bright, young student, she explored her fascination with human anatomy and fashion through her illustrations for the 1950s women's magazine, "Eve's Weekly". 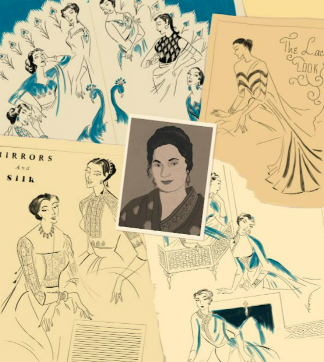 Bhanu Rajopadhye Athaiya would go on to become one of the leading creators of the aesthetic of a young India through her work on costumes for Bollywood films. If Hitchcock and Hollywood had Edith Head, India had Bhanu Athaiya. Think of an iconic Bollywood "fashion moment", likely she created it. In 1983, she won the Academy Award for Costume Design for her work on Richard Attenborough's film "Gandhi". She was the first Indian to win the prestigious award. 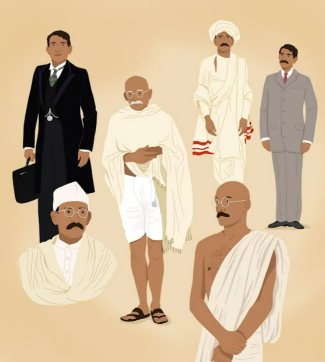 From a versatile modernist artist to an Award-winning designer, Bhanu Rajopadhye Athaiya will always remain one of India's finest creative spirits.

Watch the video below to catch a glimpse of Bhanu Athaiya winning the Oscar for Best Costume Design for the film Gandhi in 1983.