My first encounter with Bhanu Athaiya happened when I was working on my debut film, Sawan Bhadon, released in 1970. I was playing a village belle, and Bhanuji designed my costumes in the film. How can I put it – it was perhaps predestined, that God chose an exceptional artiste like her to come into my life at that point, in 1969, when I was a naïve teenager who knew practically nothing. Bhanuji became my teacher, mentor, creative guide, and friend all rolled into one. 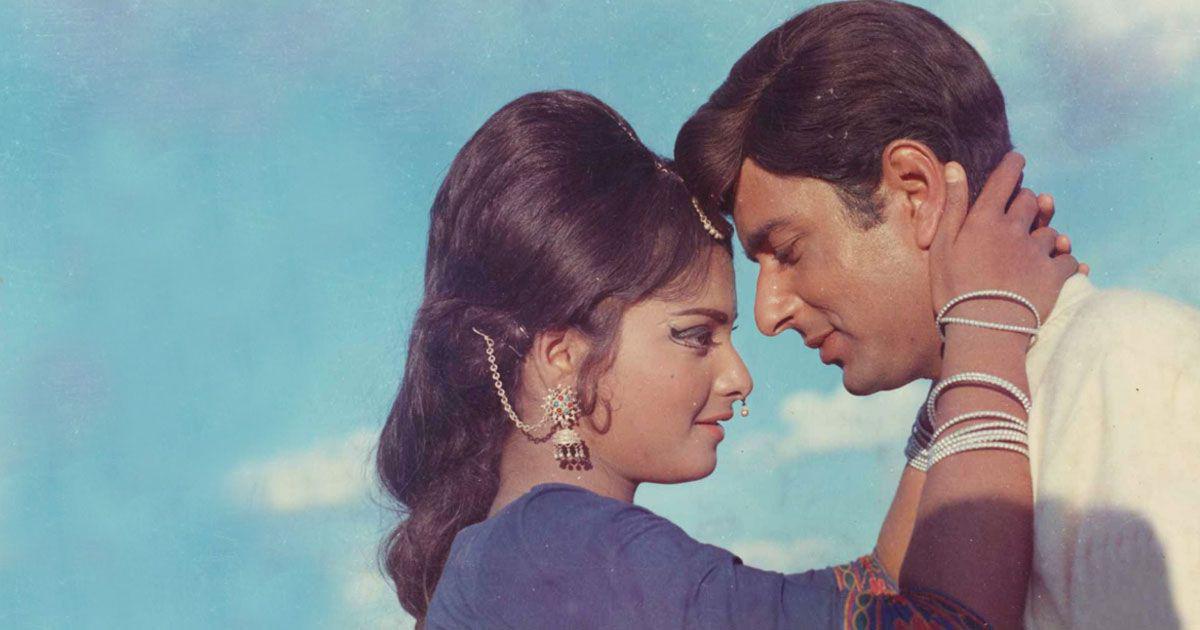 Bhanuji’s knowledge of materials and costumes was deep, the result of intense research and passion. She was a gold medalist from Mumbai’s JJ School of Art and was already acknowledged as a talented artiste. I learned from Bhanuji all about the different kinds of materials, and the variety of methods used in embroidery including phulkari and other threadwork. She created a Santhal look when she dressed me in a cotton sari with skin-coloured choli -- as the Santhal women wore no blouse. Those days, the ghagra was worn shorter than it is now, and she enhanced the style with authentic mulmul dupattas.

Knowing I was a shy young girl, Bhanuji improvised and made me feel so comfortable, taking care of little details as a mother would. My first impression was that she was a caring, protective person with a lot of knowledge and dedication to her work.

Observing and learning from Bhanuji during working with her in several films after Sawan Bhadon, I would always be in awe of her attention to detail and her work ethic as a professional. She was such a great role model for someone like me, who was new in the profession and who had no godfather or publicity agent. Just being in her presence was an educative experience, as I imbibed a great deal, just observing her and learning through osmosis.

Bhanuji was a natural beauty with long, flowing hair. Always poised and well-turned out, she came from a Maharashtrian Brahmin family in Kolhapur. But she lived alone in a small flat opposite Breach Candy Hospital in Mumbai where I have been, often, to check out costume designs and watch her at work, especially sketching. She would sketch and draw so beautifully, confidently, and swiftly. Perhaps this laid the foundation for my own interest in art and I began to sketch whenever I had the time. Her mother encouraged her to go to Mumbai and find her feet, and Bhanuji’s example was a source of strength to me.

Bhanuji was very open; she was not at all dominating. She was accommodating and understanding, intelligent and creative, and always brimming with ideas

She was a pioneer who used old, rustic, authentic, silver jewelry to create new designs. She would go to Jaipur, and to several outlying villages, get silver jewelry and improvise on the design. She could create magic with just one piece of silver jewelry strung on a black thread.

I learned to wear the santhali style sari, designed by Bhanuji usually in black and red, draped like a tight skirt. She incorporated some space that was hidden from view so that it was comfortable to stretch and dance in the costume. She not only focused on design and looks but also on comfort for the wearer.

Bhanuji was ahead of her time; she could create clothes that made you look sexy and sensual yet not vulgar; something that enhanced your figure, like the costumes she designed for me in Do Anjane, fashioned with chiffon.

Chiffon, she told me, is one of the strongest materials, though it seems delicate. She compared it to a woman’s strength. “Like you are so strong”, she would say to me, “though you appear otherwise”. Another strong material that looks delicate is what the French call tulle, netted material perhaps synthetic, suitable for costumes or curtains. She would experiment and put gungroo (bells), mirror work, and all heavy stuff, yet the material looked both delicate and strong.

In Do Anjaane I wore the Amrapali dress designed by Bhanuji. We went to many shops to pick up heavy jewelry like jhumkas, payal, and amulets. She would layer the foot with double payals — bells at the bottom, Kada on top, with multiple bells adorning the waist and even the belly button. 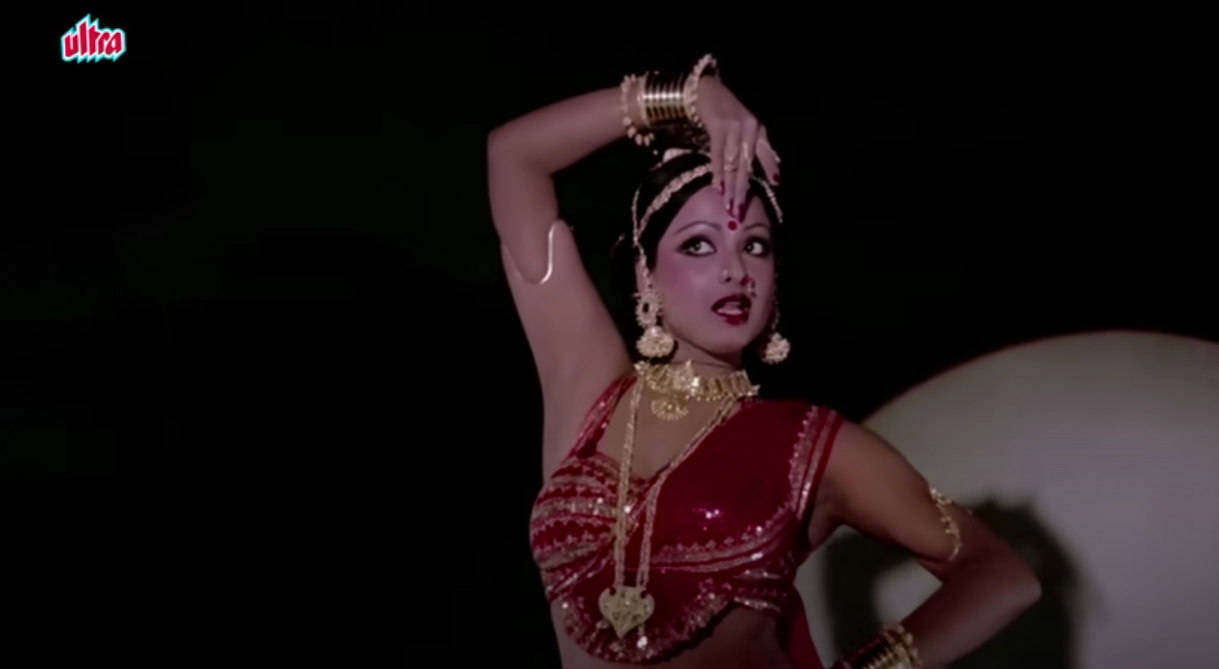 She conducted a lot of research; the nice thing is that she shared her knowledge with me even as I asked her so many questions… despite my constant questioning she made me feel so comfortable. In her little apartment opposite Breach Candy Hospital, her room used to smell of fresh mulmul, embroidery threads, and metal accessories. All these sights and smells are part of my cherished memories. She would wash her hair and step into the room looking radiant and attractive, early in the morning. She would rustle up poha and other delicious Maharashtrian food. She would work diligently on my costumes, do fittings, and take good care of me.

There was a chiffon sari, with borders of zari as well. I thought it was south Indian. I was working in RK Studios and I think she was working with the Gandhi team. She saw me and exclaimed that I had grown so beautiful. I was wearing the Indori border just as she taught me. She had a twinkle in her eyes, she was so happy. Her daughter Radhika told me later, that her mother said:

“Look at this girl, I know her from the day she began work in her first film when she was barely 14 or 15 years old. The way she has metamorphosed!  She has learned the language, speaks it well and has worked hard on her make-up, allowing her hair to be cut short, all without making an undue fuss. And now she has created her own style!”

Thanks to Bhanuji’s inspiration, I began to sketch regularly and began to design my own costumes.  I had a perfect tailor; more importantly, I had Bhanuji’s spirit within me. I am so grateful.

I have observed Bhanuji paint effortlessly with water colours and achieve the desired results. She made little evening bags (batua) with drawstrings that were embellished with sequences. I shared with her that Amma used to carry a batua. And Bhanuji would say “Yes, those were vintage days…”  and she started making batuas for me regularly to match my saris. I carry those even today.

Once I met Bhanuji and found to my horror that she had cut her hair short. What happened to those long tresses? She was then very busy, working on the Gandhi film costumes (for which she made India proud by winning the first Oscar for her country). “Oh it was too much work, I have no time, my priority is to complete my work, for my work is my legacy,” she exclaimed.

During the pandemic years, I tried to connect with people who strongly influenced my life. Thanks to Radhika’s efforts, one last time I got to talk to Bhanuji – it was when she was ill, just a few weeks before she passed on. She could not speak, having suffered a stroke and she had become bedbound. 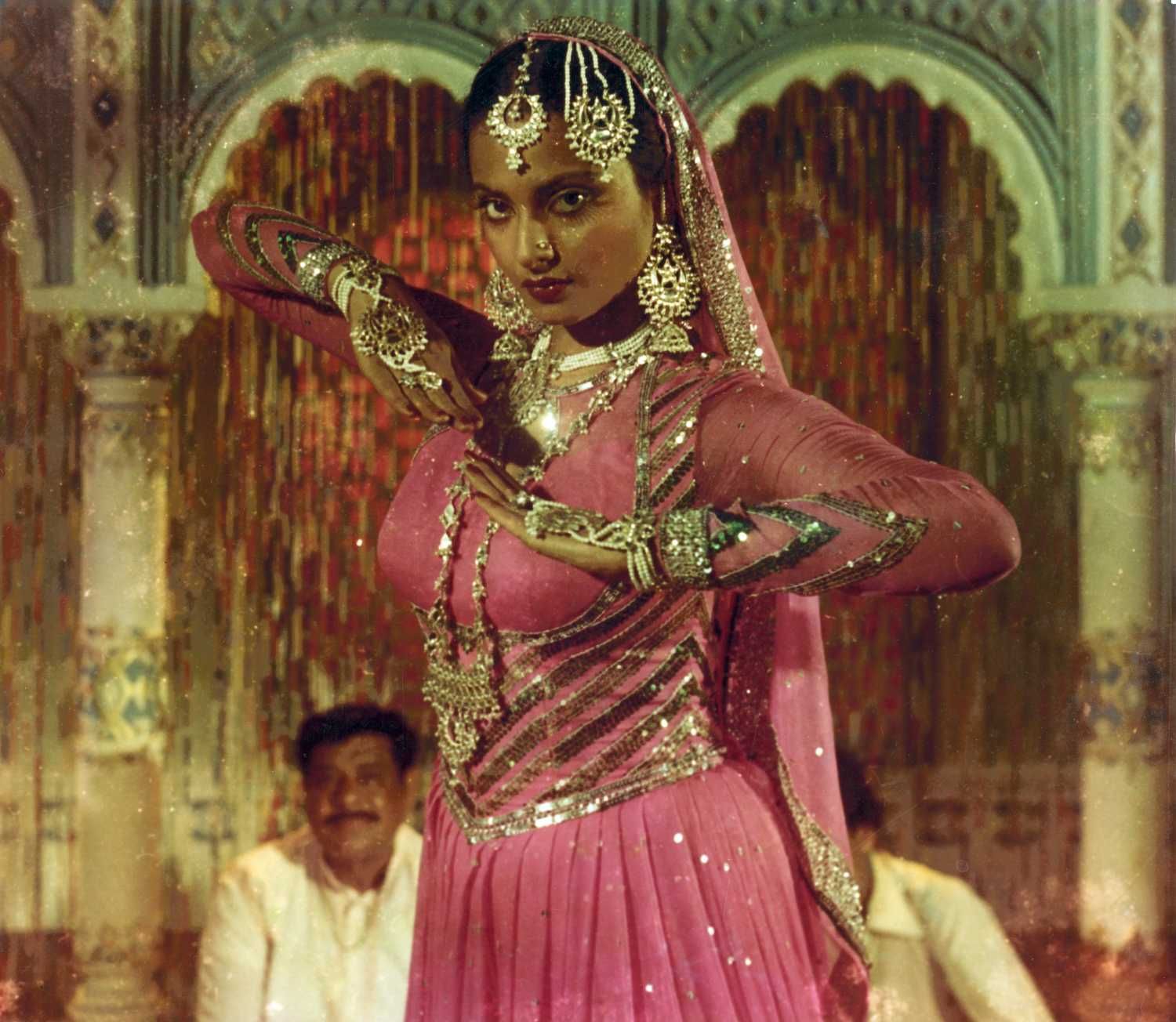 I kept on talking, jogging all our precious memories, the food we ate together, the talks about parandhi, peshwa outfit (for mujra, now called mujra dress). She had made so many peshwas for me that I wore in the film, Muquaddar ka Sikander and some other films as well. Again, chiffon was her material of choice, it was clinging, translucent, yet not vulgar but fetching, good for song sequences. She was the first to create stretchable churidars. In Muquaddar ka Sikandar when I took those turns, you can see subtle contours, enhanced by the stretchability of the churidars she created. She would buy material, dye it to desired colours, then match the chiffon. I can never forget all this work.

Bhanuji had perfected the art of embellishment. She knew how to make the best use of borders, Champa, tuee, rickrack, and other border designs that transformed the look of the fabric. Every piece of her embroidered creations was a reflection of the beauty of Indian culture. She made those beautiful kirans, the decorative dupatta placed on a bride. She taught me all about Lucknowi nakshi ka kaam, which would be done with real silver. On sheer fabrics like georgette, like bright stars in the night sky, mukaish work. Saira Bhanu’s mother used to wear a lot of those. 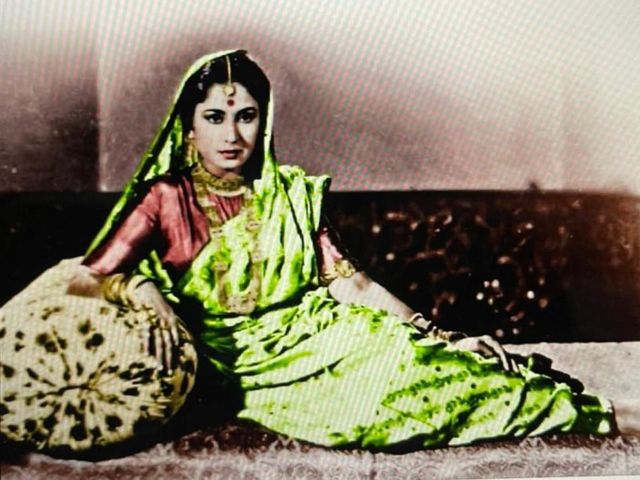 For the movie Suhaag, Bhanuji created the Gujarati patti; I think Meena Kumari wore that green dress in Pakeeza, with this patti. The pattis come from Rajasthan and Hyderabad, she told me. 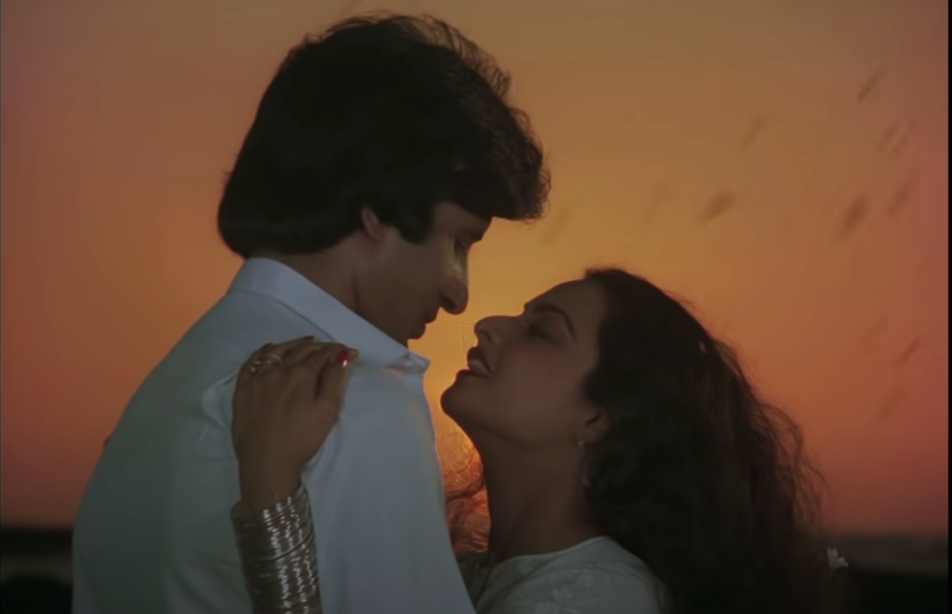 Rekha and Amitabh Bachchan in Silsila (1981)

Lac bangles from Hyderabad with demontes embedded were another favourite. Sonabhai and Chandbhai bangles were the most delicate bangles made of something like Moreno glass but with liquid metal. I wore them in Silsila in the song Yeh Kaha Aagaye Hum, during the sunset. She taught me to wear it by soaping my hands first as they would otherwise break easily. I think the last movie we worked together in was Suhaag. She made me wear a shocking pink chiffon sari with three borders, and a backless choli. I was shy, but she said when done properly you can wear Katori cut blouse that does not need a bra.

Bhanuji loved the way I wore my bindis and the way I sometimes wore my hair on one side. “Like the goddess Andal,” she would say. I was blown away by her knowledge. She praised my imagination.

Radhika said she was grinning from ear to ear but had tears in her eyes in our last talk when she could not speak.

One day before she died Bhanuji refused to take her medicine, Radhika said she told her mother that she would inform Rekha -- and she immediately ate her medicine. She has so much regard for me as did I for her. I told Radhika, “I want to make Bhanuji proud, just as I want to make my parents proud.” It is my moral responsibility to do so, in every single heartbeat.