In the midst of the triumph of Orientalists lead by E.B. Havell, the principal of the Government Art School in Calcutta, and Abanindranath Tagore, naturalism re-emerged in the 1920s in Calcutta partly due to Percy Brown's encouragement and because of the rise of the artists such as Hemendranath Majumdar.

Jamini Roy, who started as an academic painter, belonged to the same circle of naturalists. Jogesh Chandra Seal also belonged in that academic group. (Partha Mitter, Triumph of Modernism)

Jamini Roy was ultimately known for his iconic style and subject matter. He was inspired by terracotta temple friezes, folk artists and crafts traditions that were native to Bengali myths and culture. His paintings often had subject matter with bold outlines and stoic facial expressions. 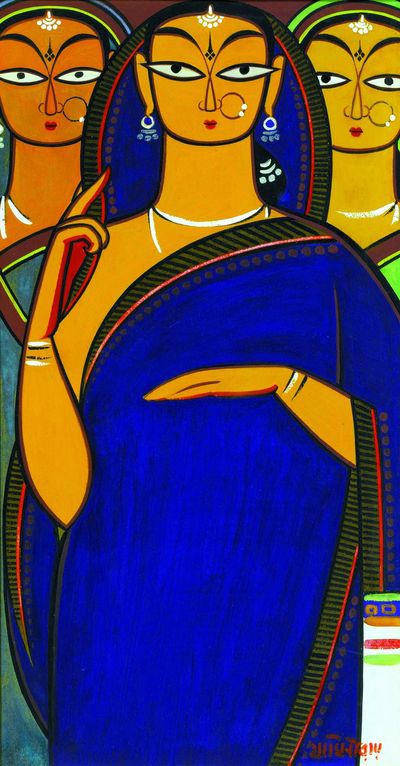 Hemendranath Majumdar became well known for his depictions of the female form. His style focused on the textures of clothing and skin seen through wet garments. 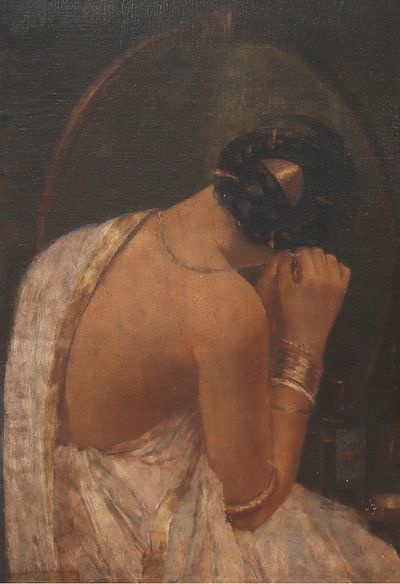