An Anish Kapoor - Oh My Gourd! 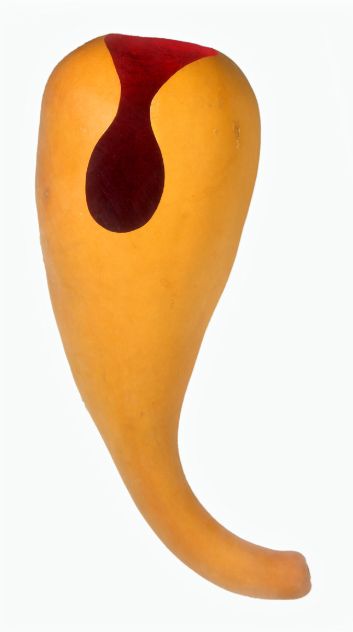 The gourd represents how all human beings originally grew from a seed. Kapoor carefully selected gourd seeds and has them planted in a small gourd farming village in Japan. There, he instructed the farmer to bind them as they were growing in order to shape them in different ways. After this well planned process, he carved the gourds and coated the inside and outside with intensely coloured raw pigments. The red on the inside is meant to represent a mother's womb; revisiting the notion of origin. Similarly, the defined inside and outside in his works represent the theme of the void.

Refer to the auction lot.