There is little doubt that Art (primarily consisting of paintings and sculptures) is an investment asset. It has been further argued that Art is also an alternative asset, implying that returns (from Art) have a low correlation with the stock markets and, if included in one's investment portfolio, improves the risk-reward profile (increase the Sharpe ratio). 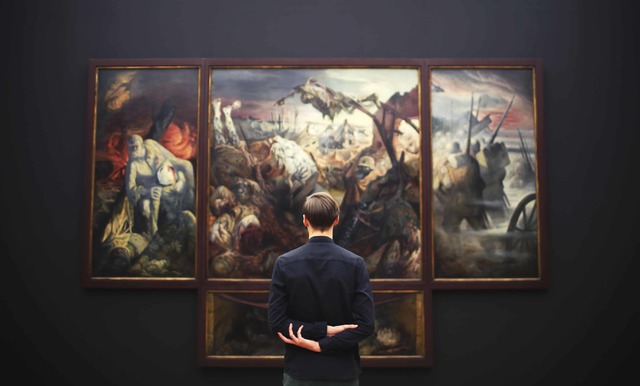 Let us refer to a renowned economist, Nouriel Roubini, for some guidance along with a report from Deloitte.

Here, I rely heavily on studies or observations by Nouriel Roubini, an economist who correctly predicted the Lehman/credit crisis, which was caused by over-leverage and reliance on sub-par assets as collateral. Why Nouriel? Well, because he has a healthy dose of skepticism and tends to analyze the macroeconomy without being perennially bullish. Interestingly enough, he was referred to as Dr. Doom by his critics and disparaged on TV till the calamity-hit! As an ex-trader in a hedge fund, I have used his analysis extensively.

Cherry-picking some of his quotes as to why he thinks that Art in an asset class.

1. It is not hard to imagine that the market capitalization of this asset class is $one trillion!

2. Art is used as a portfolio investment and, people invest in Art because they believe that there will be a meaningful return on their investment.

3. Jianping Mei and Michael Moses, the two academicians behind the Mei Moses indices(now a part of Sotheby's), claims according to the track art valuations that long-term returns on Art can be similar to the returns on equity.

4. Art is an asset class because there are many market participants.

Is Art An "Alternative" Asset?

Firstly, what is an alternative asset? Loosely, an asset that reduces the risk of your portfolio is an alternative asset. The analysis below is taken from the Deloitte Art & Finance Report 2016 and clearly shows reasonable returns and an extremely low correlation with SP500, implying a better risk-adjusted return ( a higher Sharpe ratio) for any portfolio if Art is included as an asset class.

The Mei-Moses index suffers from one major drawback - that of selection bias. The Mei-Moses index tracks subsequent re-sales of the same artwork, in a sense similar to the Case-Schiller Real Estate Index. The problem being that some artworks can be held back from a re-sale if it is believed that the work would not fetch its due price (or withdrawn if unsold). This selection bias would cause an upward bias in the index.

Transaction costs are not entirely transparent. The buyer's premium may be listed, whereas the sellers premium is a private negotiation. Notwithstanding the upward bias in the index and the lack of transparency in transaction costs, Art is an established asset class, and this is a global phenomenon.

An Anish Kapoor - Oh My Gourd!