Studies related to anatomy, animals, carcasses. skulls have been integral part of art since time immemorial. Somnath Hore's Meatwallah is an exceptionally rare and important canvas of a similar genre. Similar works by other artists include.

Similar to his other work that was sold at auction at Christie's in 2014 for INR 17,54,25,000, this work shows the bulls as a symbol of masculinity and strength. The bull is seen struggling with a pair of hands insinuating that he is victim of circumstance and fate. 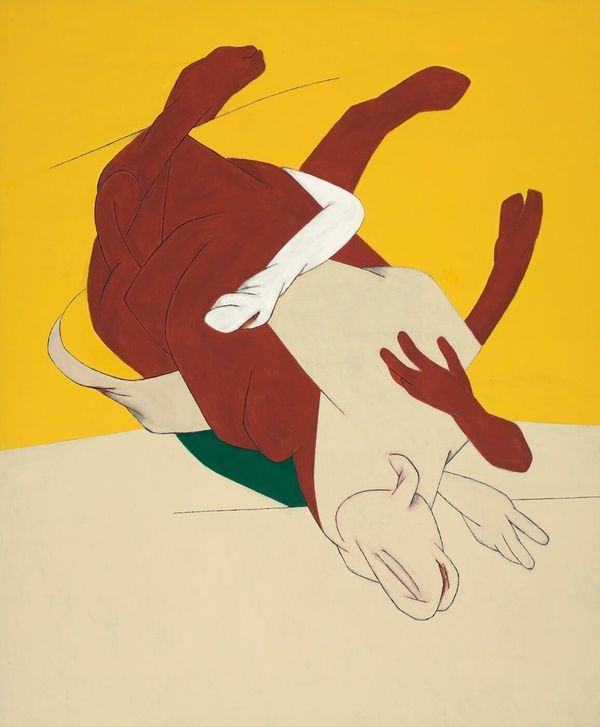 Chaim Sautine was known to have a weak stomach and had a strict diet as a result of that. However, the meat bought for him was usually a common subject in his work. Often seen as a symbol of crucifixion even though Sautine was jewish. 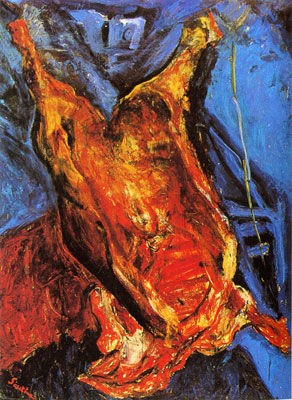 Pablo Picasso grew up in Spain where bull fights were norm. When his father took him to his first bullfight as a child, he started to draw bulls more often in his art. To Picasso, the bull's struggle represented life and death. The agony of the bull was a comment on fascism and brutality that seen in Europe at the time. 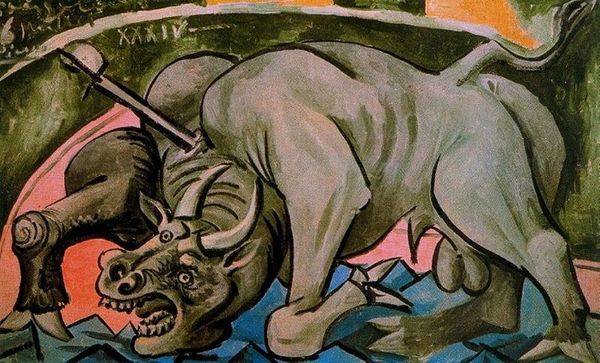 Francis Bacon's 'Figure with Meat' is a copy of Rembrandt's 'Carcass of Beef (Flayed Ox)'. Here the carcass symbolizes crucifixion and the Pope Innocent X represents the catholic church's authority and abuse of its power. Bacon has painting the Pope's face with blood and his face seems to be a in a terrifying expression. This is meant symbolize the impermanence of life and the agony of life as a punishment for too much pleasure. 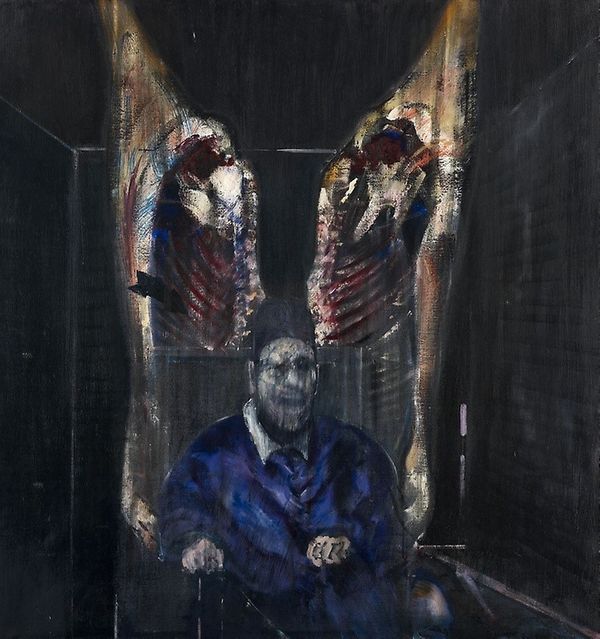 Souza's work here shows the butcher in action while working. The focus is on the butcher instead if the animal as hew wanted to depict humans as the evil oppressor and cause for pain in life. In a way, he was rejecting the usual christian ideals that have been the subject of other such artworks.

'Butcher's Shop in London' was made while Khakhar was in England as a part of an art residency. The painting shows a butchers shop and solicitor's office that was one of his common subjects while he was there. 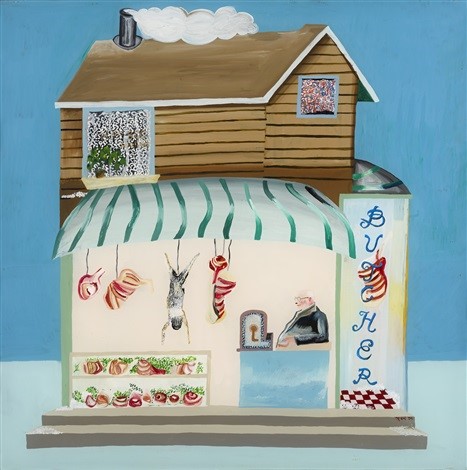