Jamini Roy, who was inspired by folk traditions created an Alpana or a floral motif that was considered to be sacred painting in Bengal because it was done on special occasions. The which is usually done with hands and rice paint on the floor was done with tempera on cloth instead.

Roy used abstraction, rejected the typical western style of painting with folk line and color. He invented his own style which was inspired by primitivism and with stronger colors, simplification, and pattern. 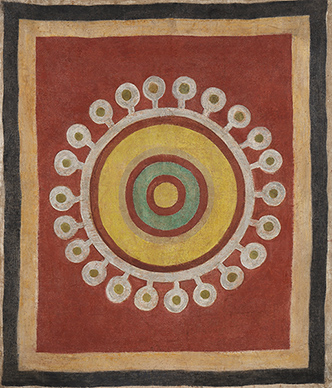 Tempera on cloth pasted on board