Born in 1915 in Bengal, Chittaprosad was a self taught artist and illustrator. He was educated in Chittagong, Bengal. He had no formal training as he refused to join the Government College of Art, Calcutta. He was also a member of the Communist party in India at the time and rejected the caste system.

Chittaprosad rejected the the Bengal School as he considered it elitist. Chittaprosad joined grassroots movements to resist colonization as well as the oppression of landed gentry. 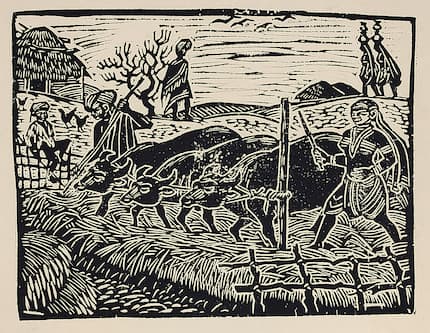 Well known for his print works, he preferred to use linocuts and woodcuts. The prints were meant to be easily and cheaply created for the masses so it could widely be disseminated amongst the local populace. As a result, they were seldom signed or numbered. 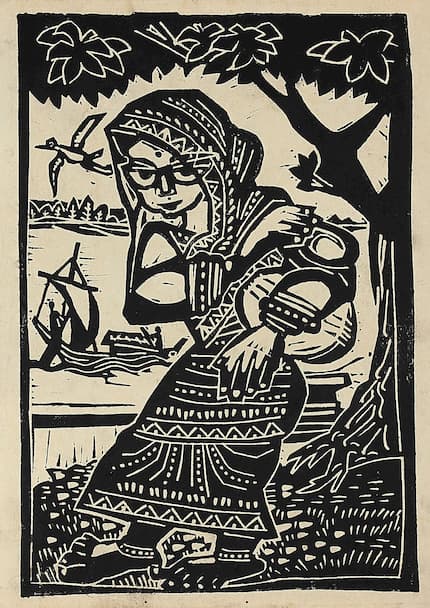 His preferred material to produce blocks for his prints was linoleum. Linoleum is soft and homogenous which makes it easy to cut away portions. The recessed, cutaway areas produced the white space and the rest of the print was covered in black ink. The black ink helped to communicate figures and white areas conveyed light and shadow. All his works had defined foreground, middle ground, and background. 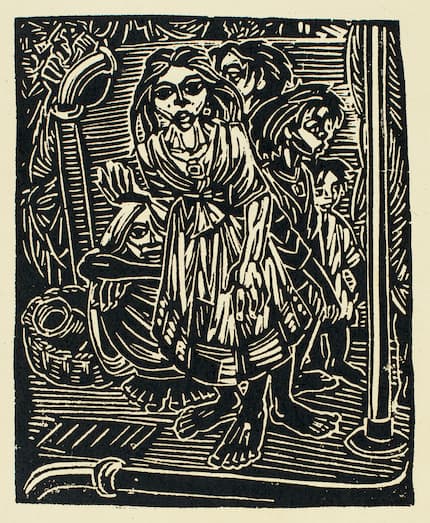 The prints often had leftist propaganda as subject matter. Peasants, laborers and common folk were recorded to convey the political and social protests in the country. Chittaprosad witnessed the Bengal Famine in 1943 - 1944 and he saw the atrocities of a man-made famine first hand. His works are a protest against colonialism, urban poverty, and economic exploitation. Another recurring theme was the farmer's revolution and the oppression of the masses.