On the canvas, Krishen Khanna's main concern has been with the human condition and its moral predicament. His approach to this came from a search for allegories that lent themselves to pictorial interpretation and irony. One of his most popular themes is the ‘’ whom Khanna encountered when he was driving out of the Garhi studios in New Delhi.

They were subjects from daily life were refugees after the partition of 1947. Many people on both sides of the border lost family and homes. At the same time, there were bands playing happy tunes. The Band members were dressed up and were in tatters at the same time. Khanna saw this as a metaphor for life; life has both tragic and happy moments that occur at the same time. 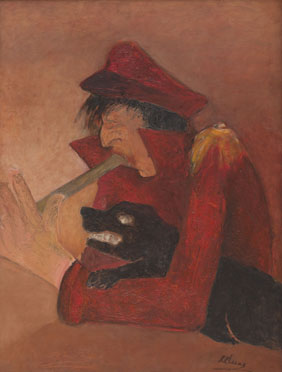