The end of World War II resulted in a turning point in history for India. It brought about a revolutionary change with multiple mutinies and a sense of political independence. The Indian National Army was formed in 1942 which was formed by Indian nationalist Rash Behari Bose. It was meant to help secure independence from the British Raj. 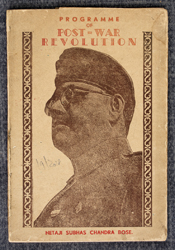 Subhas Chandra Bose was one of the leaders of the Indian National Army after he arrived in South East Asia. This army was meant to be the Provisional Government of Free India. As The Indian National Army was supported by Japan, Italy, and Germany, troops were considered to be Axis supporters and a threat to the King of England.

After World War II, several officers of The Indian National Army were court-martialed for their acts during the war. However, their trials, more commonly known as the Red Fort Trials, attracted a lot of publicity which ended up garnering public sympathy. These people were considered to be patriots and they were hailed for fighting for India’s freedom.

In 1946, there was a mutiny in the Royal Indian Navy that brought about nationalist feelings in the country and ultimately weakened British Raj’s hold on India. As the British Indian armed forces could not be used by the British in India, the British had lost all power and control over the country 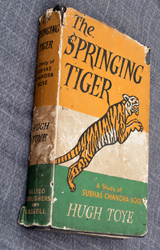 The Formation and Growth of The Indian National Army is another account of the Azad Hind Fauj under the leadership of Subhas Chandra Bose. Edited by Durlab Singh, it gives an insight into orders given by Bose, the correspondence between Bose and Lieutenant Dhillon, the charges against Gurbaksh Dhillon, Prem Sahgal, and Shah Nawaz Khan as well as The Indian National Army Trials. 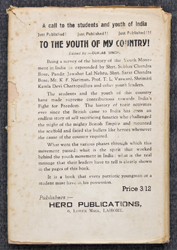 Every attempt made by Indians to achieve freedom was considered to be a revolt for the British. However, these revolts, mutinies, and wars eventually contributed to India’s freedom.