Orign of Black Hole of Calcutta

The Scots Magazine is one of the only copies of an 18th-century publication that contains a first-person account of the imprisonment of the British in the infamous Black Hole of Calcutta in Fort William.

Published in 1758 and written in the style of personal letters by J. Z. Holwell, one of the survivors and witnesses to the deplorable deaths of the English. This edition of The Scots Magazine carries a ten-page article titled ‘Holwell’s account of the sufferings in the Black Hole’, which recalls the events at a dungeon in Fort William on the night of June 20, 1756. The East India Company was defeated by the forces of Siraj-ud-Daulah, the Nawab of Bengal. Holwell, in his account, claimed that 123 of the 146 prisoners put in a cramped dungeon and died from suffocation and heat. 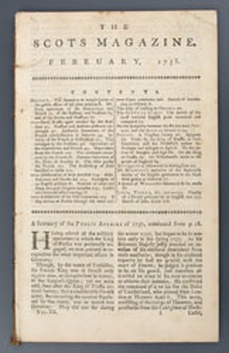 The prison was 324 square feet with only two small windows. 146 prisoners were forced to be imprisoned together in the middle of summer. While the imprisoner made many attempts to free themselves, they could not help themselves. Mr. Holwell was one of the few survivors and writes a letter to his friend Mr. William Davis about the experience. He tells his friend that there were attempts to bribe the sergeant there to move them into different cells but they did not manage to succeed. The extreme conditions and lack of fresh air left them exhausted and thirsty. The last few that survived were let out on the orders from Siraj-Ud-Daulah.