De Vita Caesarum or the Twelve Caesars was originally written in 121 AD by Gaius Suetonius Tranquillus. More commonly known as Suetonius, he was the secretary to Hadrian the Emperor in the Roman Empire. He dedicated this book to his friend Gaius Septicius Clarus, a prefect of the Praetorian Guard in 119. 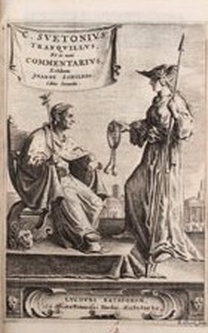 The Twelve Caesars is considered very significant in antiquity and remains a primary source on Roman history. The book discusses the period of the Principate from the end of the Republic to the reign of Domitian.

His most important book is a set of biographies that give an insight into the twelve Caesars. Starting with the most famous Caesar - Julius Caesar. The biographies details daily life, political careers, gossip, drama, family history, physical appearances, and well-known quotes. 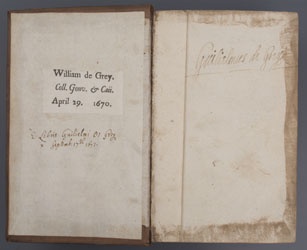 This edition of the book was published in 1605 and is the oldest book in this auction. It has been signed by its various owners in the past.