To understand the Contemporary Art market, one must study and understand Subodh Gupta. Yes course, a Padamsee was sold for 16.2 crores hammer but in the Subodh Gupta has also sold at high prices in auctions. 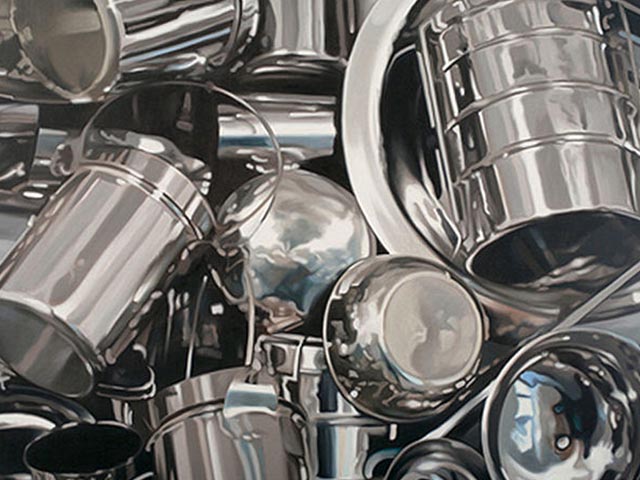 In fact who knows, if the same Padamsee grey landscape were to come in 2008, it possibly may NOT have broken this record for Subodh? 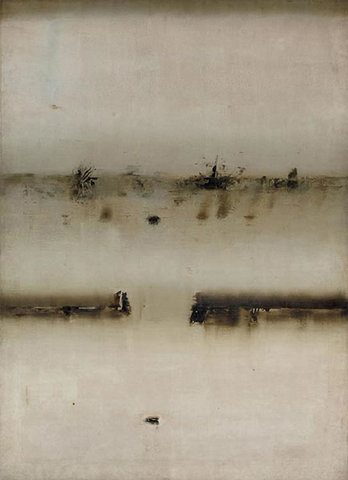 look at the following, the auction sales of canvases 66 x 90 inches, all photo-realism - centered around two or three different themes, and mostly created in the years 2004 to 2007. 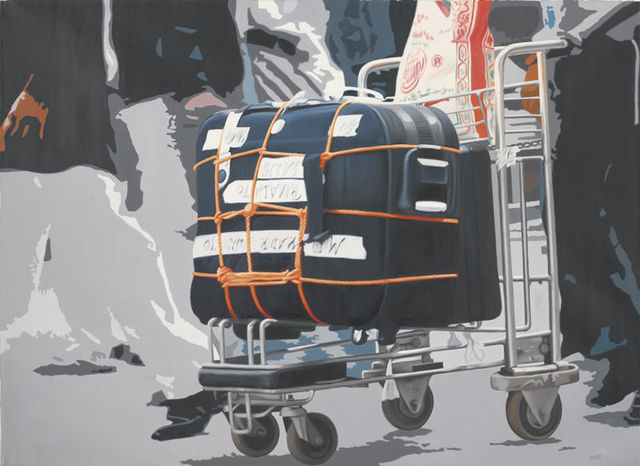 As these are similar in creation and quality and subject and therefore easy to track. The similarity of these works makes simpler.

Sales In USD With The Highest at 1.4 Million

The black lines show the sales - the missing black lines are indicators of lots. Just to repeat, the analysis here is restricted to canvases of size 66 x 90 inches - larger and smaller sizes have not been included. 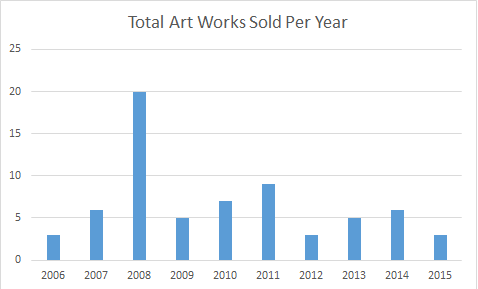 The total sales of just these canvases 120 crores from 2006 to 2015. This post was not necessarily about Subodh Gupta, but he gets highlighted as he was surely the biggest by revenue and possibly the most important in this space.

The Art of Subodh Gupta 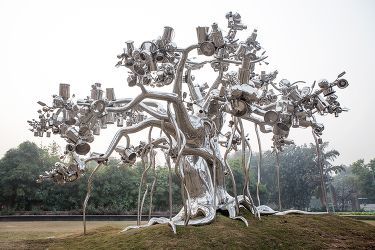 I do think Subodh Gupta is a great Indian artist of International repute. His gems include Hungry Gods 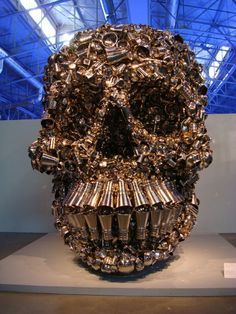 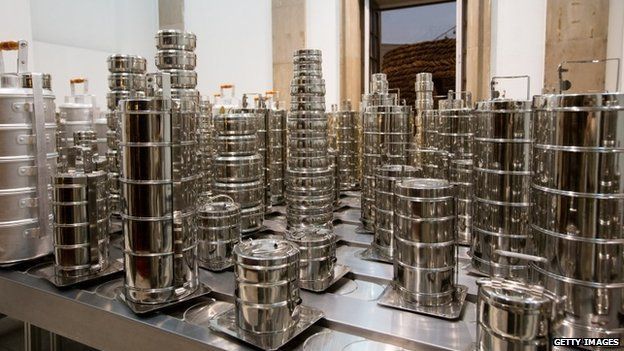 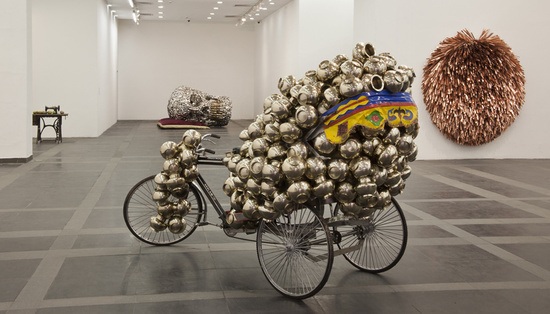 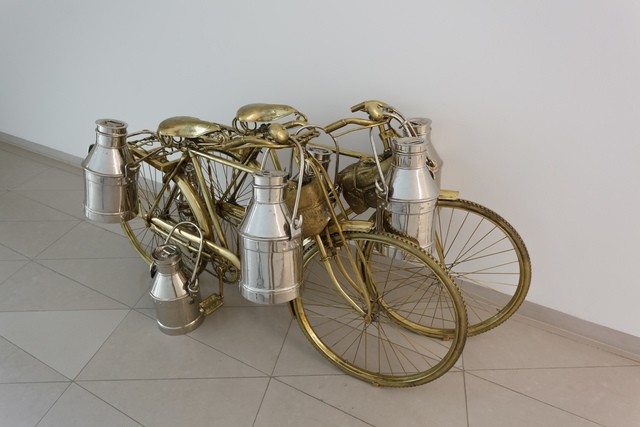 So What Happened To Subodh Gupta's (and the Contemporary) Art 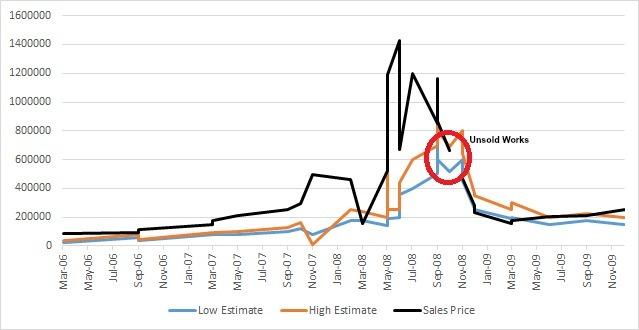 b) The primary work by Subodh Gupta is not the photo-realism canvases, but his sculptures and installations. The canvases were meant to be substitutes and they are probably not his main body of work!

c) I would estimate that the of works of Subodh Gupta that have been sold and the subsequent fall in prices have probably reduced and used up around 200 crores of wealth that will probably never be recovered.

e) The quick run up must have attracted the "investors" - the "last man stuck" with the works must be waiting to exit at the first reasonable opportunity.

f) The Lehman crisis and reduction of liquidity in the system did not help. This would have certainly forced the international players in the art market to withdraw and sell their holdings.

In conclusion, there will always be a contemporary art market and it has to revive. Collectors like newer styles of art and the classic Tagore or a Souza may not appeal to all. New forms of art will continue to be created and experimentation will continue. I suspect that it is only a matter time that the Contemporary Art market in India revives. Loses in investments cannot stand in front of new stupendous art being created.

In the West, Jeff Koons set a new record in 2013 for a contemporary artist for over $50 Million, which is comparable to the best of Western Modern Art. 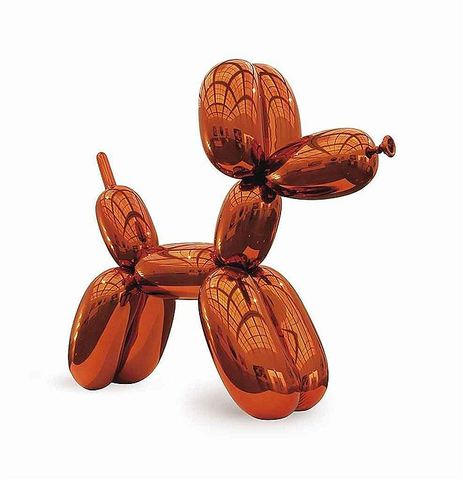 It has now been eight years since the sheer drop in Contemporary art  going forward this should correct and revert to reasonable valuations. After all the average age (in India) is in / and 30s, and they would relate more to of their times.

But one must understand the artist's oeuvre to be a collector. I would love to buy a Subodh Gupta sculpture or an installation. Harsha is very cutting edge and internationally acclaimed just as Subodh yet he has a very small body of acquirable works. Chittrovanu Majumdar and Riyas Komu are two of favorites that I have tracked. An Anish Kapoor is certainly out of my reach. Atul Dodiya from the Sarbari series with marble dust is very hard to come by as well.

Of course, choices are all very personal to a collector.

P.S. It has been pointed out that some of the other markets such as the real estate market been equally sluggish in the past. in the US, the financial crisis wiped out the equity from many residential homes which since fully recovered and more.