Born in 1844 in Sardhana near Meerut, Lala Deen Dayal was educated at Thompson’s Civil Engineering College in Roorkee. Deen Dayal’s interest in photography started when he caught the eye of Sir Henry Daly.

Daly, who was the agent of the Governor-General in the Central Indian states, was using a camera when Deen Dayal asked to use it.

When Deen Dayal was discovered to be a talented photographer, Daly introduced him to Sir Lepel Griffin of the Bengal Civil Service. Deen Dayal accompanied Griffin on his tour to Bundelkhand in 1882 where he worked as an architectural photographer. He produced magnificent photographs of ancient architecture at Gwalior, Khajuraho, Rewah, Sanchi and other parts. Eighty-six of the images he took made it to Griffin’s book titled ‘Famous Monuments of Central India’. 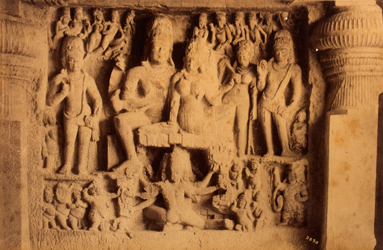 After having received enough recognition, Deen Dayal decided to cover other parts of India to complete his architecture photograph series. He also set up studios in Indore, Secunderabad, and Bombay.

In 1885, he was introduced to the Nizam of Hyderabad. Deen Dayal accompanied the Nizam to ceremonial parties, receptions and hunting expeditions where he photographed his palaces, rich carpets, marble statues amongst many other riches. In addition, Dayal photographed buildings and monuments of archaeological significance in the Nizam’s territories. He also documented events in the Nizam’s dominions, such as visits by viceroys and rulers of other countries. 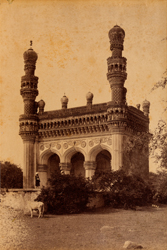 He officially became the court photographer in 1894 and was given a salary of Rs. 600. The Nizam was so impressed by Deen Dayal that he was given the title of Raja Musavvir Jung Bahadur; the titled allowed him to keep a cavalry of 2000, a procession of 1000 horses and a personal pennant. However, Deen Dayal preferred to be called Raja Deen Dayal from that moment.

After he settled in Secunderabad and set up a studio ‘Raja Deen Dayal & Sons’ there. At the time, Secunderabad was under British rule and so it functioned as a cantonment. As it was a cosmopolitan city, there were plenty of people there - both British and Indian. Deen Dayal’s studio employed around 50 people including two German oil painting artists. In 1892, he opened a zenana studio in Hyderabad. He also employed an englishwoman, Mrs Kenny Levick to be in charge of the ladies section of the studio as the purdah system was prevalent at the time. She was the wife of The Times correspondent who was also the editor of the Deccan Times. This also allowed the studio to have more exposure. The zenana studio not only encouraged women's employment but also allowed Indian women to be safely photographed. 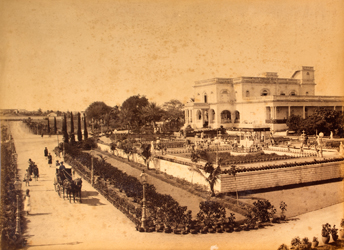 Deen Dayal was a talented photographer who kept a varied record of Indian life and moved with ease between the two worlds.He was very skilled with the use of light and the angle of vision at a time when photography was still in its infancy in India. Both princely India and the British elite, civil and military, gave him work. His positive relationships brought him many patrons who even had their families photographed.