Man Ray was born Emmanuel Radnitzky in Philadelphia, Pennsylvania, on 27th August 1890. Not only was he one of the most crucial figures in the radical Dadaist and Surrealist movements, but his subject matter even included the monumental figures of Pablo Picasso, James Joyce, Gertrude Stein, and Salvador Dali. 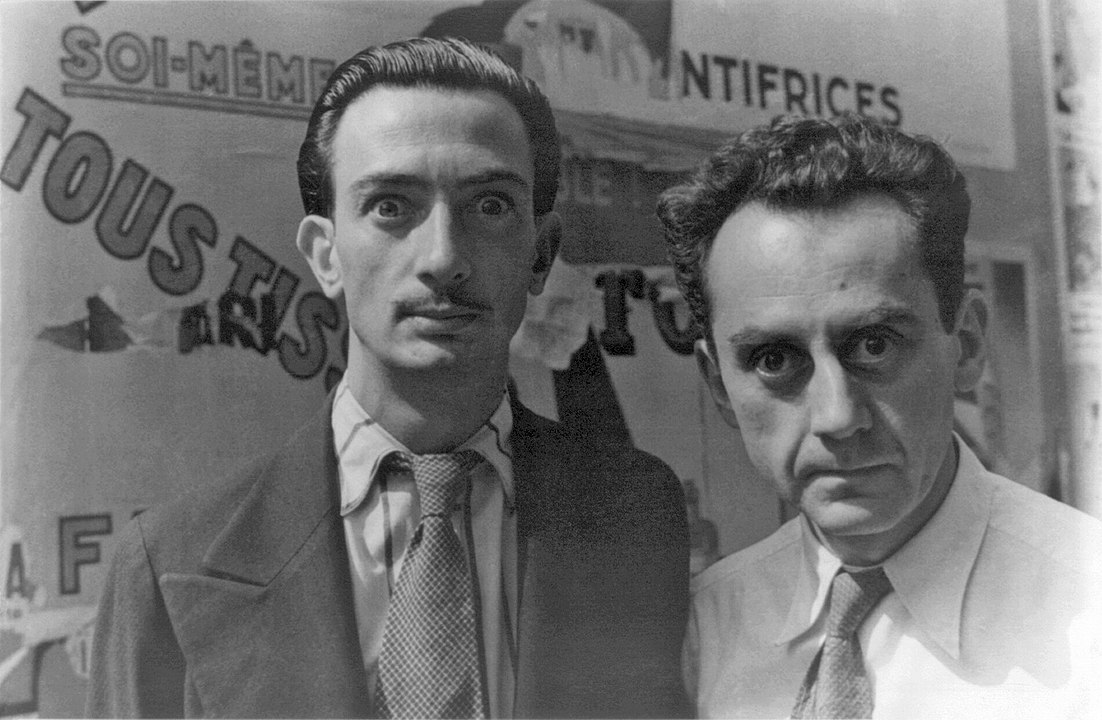 His autobiography, Self-Portrait, chronicles his exploration of the art world, beginning in New York, where Ray was a teenager looking for a job. Immediately, one is struck by his incessant dissatisfaction with the medium of his creative output. Although working primarily for wages, a litany of errors - intellectual, professional, and even merely ones of chance - kept him bouncing between jobs. As a result, Ray found himself engaging with a vast array of media, constantly finding the need to look elsewhere on his quest for representation. In this unease lies the thrust of the nascent Dadaist and Surrealist in him.

Once employed in New York, his weekends were “devoted to painting and browsing in art books” (Ray, 18). And what better place to browse than Fifth Avenue? Upon discovering Alfred Steiglitz’s Gallery ‘291’, Man Ray was a regular visitor, taking in Cezzane, Branusci, Rodin, and Picasso. Already, the enigmatic fervor of the European mainland had left a mark on young Ray’s visual palette. When introduced, however, to the technology of photography by Steiglitz, Ray was in for the ride of his life.

“During the day at my desk, overlooking the river, I watched the liners leaving their docks en route to France and wondered if I could ever get to Paris, that Mecca of art.” (Ray, 17)

Man Ray’s vigorous eclecticism would inevitably have him travel to Paris, and not only visit but also settle as an artist in the famous Montparnasse. Here, his fluid engagement with diverse media afforded him the ability to participate in the ongoing critique of representation, inspired by other modern artists based out of France. It is with such a background that Man Ray became central to the avant-garde Dadaist and Surrealist movements, challenging the very notions of art itself.

His endeavors towards such a practice were spurred by his criticism of conventional representation. Raghu Rai, one of India’s pioneers in the field of visual media, was also impelled by such a notion.

In an interview with Invisible Photographer Asia, Raghu Rai says:

“When I go to a situation, I see something interesting, and I see the enormity and the size of it, and the complexity of it, and I say “Yes God, you’ve shown me this but it’s not enough for me.” So he says “Alright.” Then I keep walking, then he shows me something more complex and bigger. I say “Yes God, It’s nice. But it’s still not enough for me.” So I go on and on and I don’t accept it, and then he knows this child of his is very demanding and restless. And then he opens up and shows me something I have never experienced before. Then I take a picture and say “Thank you, God.” (IPA Interview, 1012)

It was a similar notion of a particular lack of fit that constituted Man Ray’s oeuvre. There was always something greater to be harnessed, through technique, patience, and skill. Raghu Rai, as apart from Man Ray, chose to stay in his native country. Rai would probably argue that within the Indian subcontinent, there was an overwhelming amount of diversity awaiting its capture by the keen gaze of the artist. It is this feature, constantly asking for more facets of representation, that distinguishes both Raghu Rai and Man Ray. This keen instinct allows their photography to harness the nuance in the captured image. For Man Ray, it was the manipulation of various visual media that allowed him to leave a distinct mark on the body of thought called art.

Raghu Rai, on the other hand, possesses an eye for the unquellable intricacy of the Indian landscape, capturing within its contours the finest moments of modern Indian life. At Prinseps’ Modern and Contemporary Art Auction, we are proud to present two such moments:-